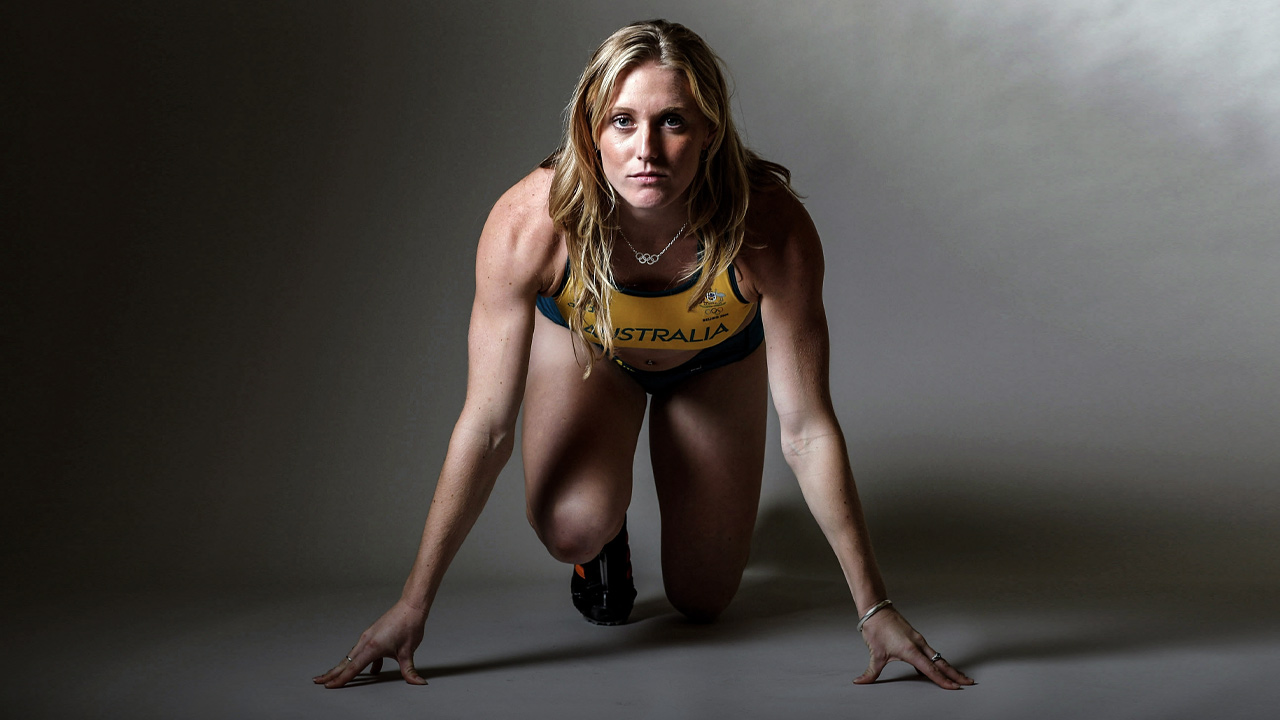 The mentality that made a champion

The mentality that made a champion

When I was 16, I travelled to Perth for my first interstate track competition, without my parents or coach.

I was put up in the meet hotel, and I woke up the next morning and went down to breakfast. I started recognising people who I’d only seen before on the television.

It was exciting but very intimidating. I saw Steve Hooker walking through the dining hall and Mitchell Watt and Sally Pearson, all these giants of my sport.

I made myself some Vegemite toast and sat down alone. Soon after, I locked into eye contact with Sally, who was there with her husband Kieran.

She called me over and asked if I’d join them for breakfast.

It’s one of my most vivid memories in life. There are very few things that have had such an emotional impact on me.

That the leader of our sport would see me there, someone she would only have recognised as a young runner on the circuit without a support network like she had in town, and would invite me into hers.

The motivation and energy that breakfast gave to me, and still does, was amazing. It started an incredible friendship and unconscious mentorship from Sally that she’s given to me throughout my career.

I GET GOOSEBUMPS THINKING ABOUT IT

I’ve had an interest in high performance for a long time, back before that Vegemite toast in Perth. I was a soccer player first so it started with me thinking about stars on a football team, like Ronaldinho and what he did in training that was different to others, or how Cristiano Ronaldo’s nutrition and strength routine allowed him to be the player he was.

But I’d never had direct one-to-one experience with someone who was top of the world in what they did, until I met Sally.

That interest in high performance set me apart from kids my age back then. And I get goosebumps right now thinking about some of the things I picked up from Sally in terms of preparations for meets.

Sally always knew exactly what her plan was and had absolute confidence in that plan.

There was nothing, no amount of strength, that could pull Sally away from what she knew she needed to do.

There was a conviction in her eyes when she stepped into a championship arena – and for me that would be defined as the village of a world championships or Olympic Games. It’s hard to find the words to describe it, but you would recognise it if you saw it.

Sally is a very generous person with her time, a very easy person to approach and get along with, but is also very strict about when you can engage in those conversations with her.

It’s very clear to everyone around Sally that, in a competition space, that’s not the right time. She’s not going to give time to those conversations.

She was in her zone. She knew what she needed to do and was the most professional ‘professional’ about everything, from how she was walking to how she navigated her time at the dining hall.

She was so strong in her convictions in what she needed to do.

I picked up on that from an early age to hold those expectations and it helped me, early in my career, to establish that when you are in a race environment that’s a time you need to do everything that is right for you and your performance.

An example would be before the 2012 Olympics, when I ran at the World Junior championships in Barcelona and won the bronze.

I was lucky in that I had my coach travelling with me, along with my training partner, my parents and my sister.

I sent an email to my parents before the competition saying, ‘thank you so much for coming over. Your love and support is very special to me but this isn’t a family holiday and I’m probably not going to see you until after I’ve finished competing.’ I think my parents found it funny, but at the same time but they respected it and understood it.

In hindsight, what I was doing in that email was showing some of the professionalism Sally had portrayed.

IT WAS A GREAT FORTUNE TO KNOW SALLY

I feel privileged that from the very start of my athletics career I had Sally who was a rock, always there for me.

I didn’t know anyone. I met Eloise Wellings at the airport and was asking her what events she did, completely oblivious to the fact she’d been representing Australia in distance running for many years.

What Sally gave to me at that point was access to friendship but also someone I could observe to see how to succeed at the sport I now found myself in.

It was great fortune for me, that I had Sally, the best person possible at that time to help me through that experience.

I leaned on her. I observed how she treated her training sessions, what she ate in the dining hall, how she acted on the day of competition, what she did in the days between competitions, and how she would act afterwards.

Because she won the world championships that year, she very quickly became the person to look up to in Australian track and field. I’d always looked up to the best – Ronaldinho, Ronaldo – and now I had Sally to look up to and engage with as well.