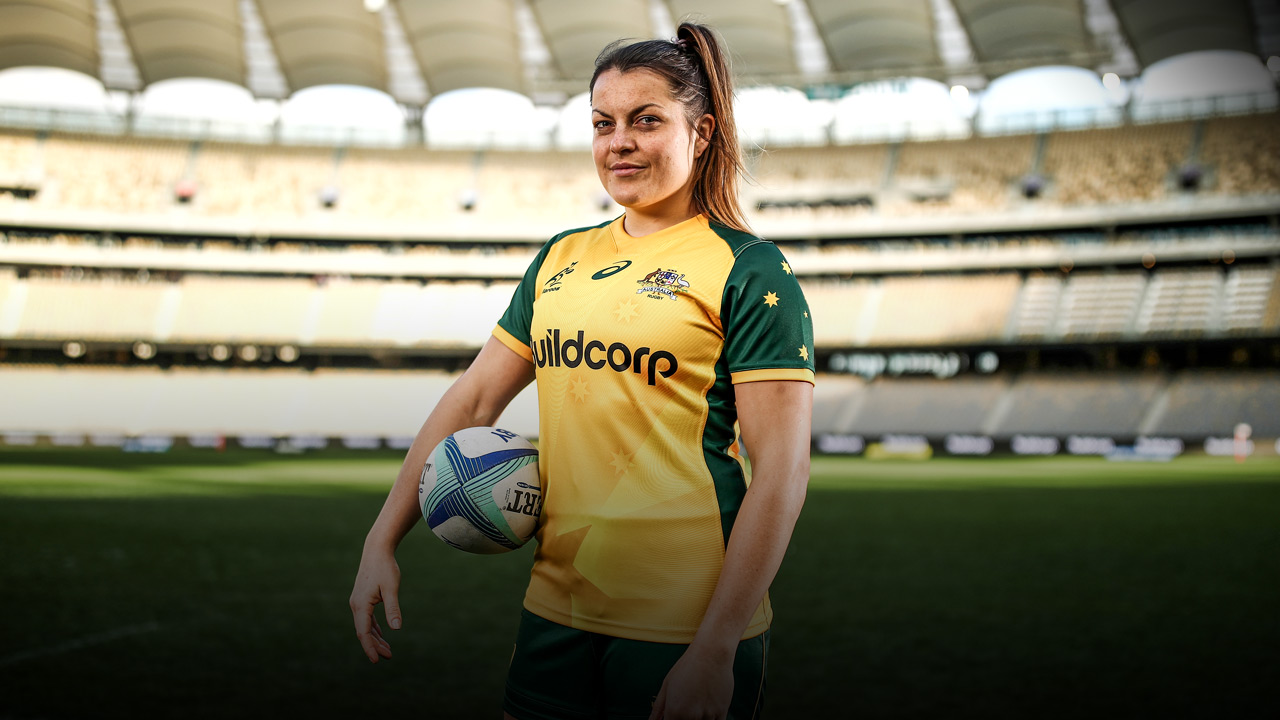 The positive power of rugby

The positive power of rugby

I was brought up in a pretty tough country atmosphere, where mental health wasn’t really talked about.

I lived on a farm between Orange and Cowra: a little place called Panuara. When I was little we ran cattle and sheep but when I was in primary school we were hit by drought and we stuck to sheep after that.

It’s still a sheep farm, and my parents took other jobs as well; mum is a nurse in Orange while dad did some assessing, property planning, and things like that.

My weekends as a kid were spent working on the farm, shearing, fencing, helping out. I wouldn’t take it back for the world. It was such a good childhood. But it was tough for the adults.

I didn’t really notice it then. I think my parents covered it up well. They never made it feel like we were missing out on anything.

Now, I know, looking back, that there were times they were struggling along with many others. It’s obviously hard when you have to sell all your stock or you’re just watching them pass away because there’s no feed.

I saw that through my father, and my brother who is also a farmer. We’re pulling sheep out of dams where there’s no water, just mud or completely dry. It’s heartbreaking. From the outside, people would think that when the rain comes and the drought ends everything is fine again. But it’s a huge rebuilding phase over the next few years, having to restock and reclaim an income.

There was a human toll from the drought as well that I started to notice more in high school. A few of our friends lost their fathers to suicide. Up until then, I hadn’t really thought about how severe that kind of stress was with regards to mental health. A person living in regional New South Wales is twice as likely to die from suicide as a person living in Sydney.

I have done a lot of work lately with the NSW Positive Rugby Foundation and batyr through their connection with the Waratahs. As part of the Get Talkin’ tour, players journey out into regional areas in an effort to start conversations about mental health and, hopefully, work to eradicate the stigma that is out there in the country.

I’m lucky that I have not directly been affected by suicide like some of my friends have but I feel more needs to be done and that people need to understand the pressures and extremities of what people are going through on the land and in rural communities.

And if rugby is something that we can use to bring that community together and take their mind off the issues for a second, that is so important.

‘Country toughness’ is still there

I’ve spoken to my parents about it. They’ve owned up to their struggles but at the same time we are in a lot better place than many other people.

They have a lot of friends out further west who are struggling a lot more than we ever did. I think bringing a joy or conversation to those people is really important.

The stigma around mental health on the land may be a generational thing.

My generation maybe speaks about it a bit more but ‘country toughness’ is still there, and I know that a lot of people don’t feel comfortable, especially men in the country, talking about mental health.

It is about education but I think it’s also about helping people to find some moments of happiness and positivity in what happening around them.  With the NSW Positive Rugby Foundation and Waratahs we aim to get out there and support the community in a fun space and help take their minds off the dire situation for a while.

At the start, it felt awkward

I probably wasn’t comfortable talking about mental health at first. I struggled with my own things, especially with regards to insecurities, sport and selections and questions around that.

I think everyone struggles at times. But I had never reached out for help until a friend of my friend in university told me she was going to go and see someone.

I was 23 at the time and it was the first time I thought ‘that could be okay’. I’d always fully supported it but then I stepped back and looked at myself and thought ‘maybe I need that outlet too’ – someone who doesn’t have preconceived ideas about me to talk to.

At the start, it felt awkward. I don’t like showing weakness. I don’t know if it’s something that happened growing up or it’s something that I made up in my head, but I’ve always thought it was a sign of weakness to reach out. Now I know that’s not right. I’m not ashamed of it anymore and it worked for me.