Michael Hooper was thrust into the Wallabies captaincy before his time but continues to be the team’s best player. As Hooper prepares to equal George Gregan’s record for most caps as captain, former teammate Will Genia gives an insight into his character.

I’ve been fortunate to play behind some amazing backrowers.

George Smith was phenomenal. He could do everything and had skills I haven’t seen any other backrowers possess.

David Pocock was the person who, if you had him on your team, you just felt safe.  I don’t know how else to describe it. If he was there, I always thought ‘we’re going to be good’.

There are only a few players, where you think, ‘man, I feel so much better that he’s on my team’. Hoops is one of them.

I first came across him in 2012 when he came into the Wallabies camp for games against Scotland and Wales.

He was shy and he kept to himself. Quite the alternative type of kid, he had grown up in Manly and loved to be out on the water on his surfboard, or cruising down the street on his skateboard. 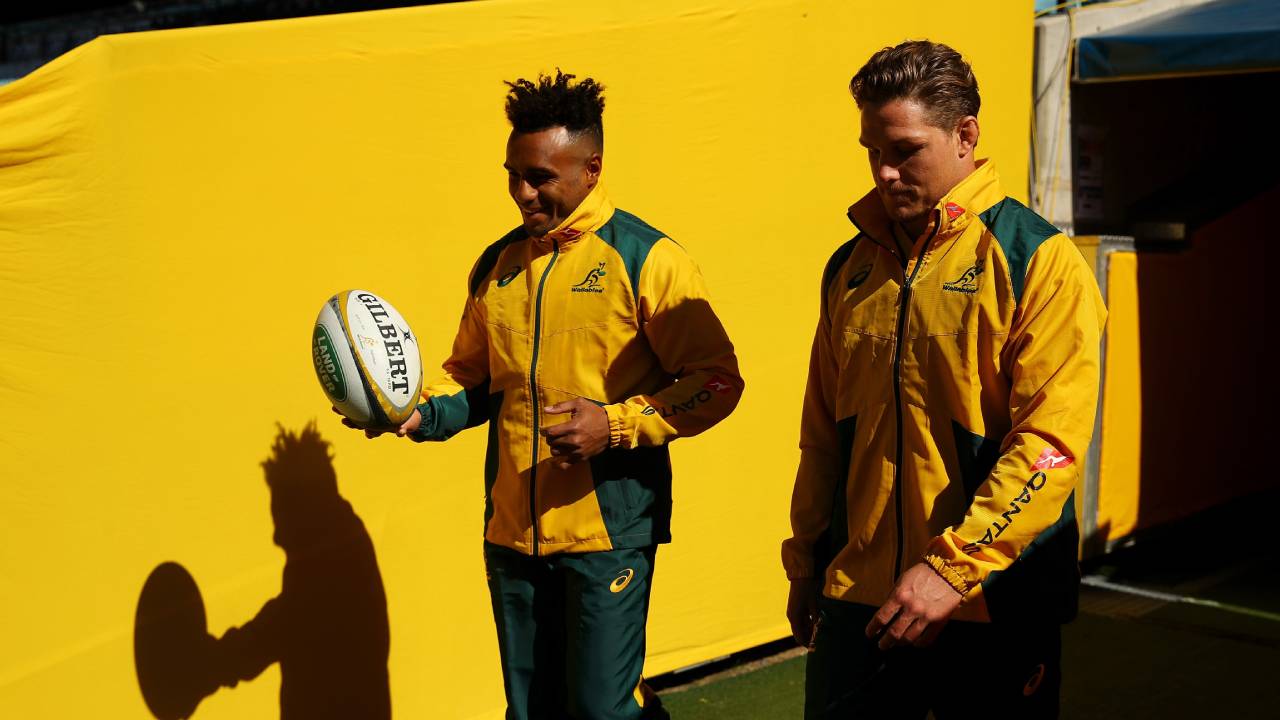 I remember watching him that year in Super Rugby and thinking ‘this kid’s like the Energizer Bunny’.

The first thing that stuck with me was his ability as a ball carrier. He had the No.7 on his back but almost played like a centre.

He was quicker than most backs, more agile than most of them too, but he possessed the tenacity and ferociousness of a backrower.  It was the perfect combination and he’s refined his game to become elite in many facets, and much more than a traditional backrower.

He puts pressure on the defensive breakdown, works hard to be a physical presence and pest in that space, works incredibly hard on set pieces and is effective in all the jobs that are required of him in those areas.

It’s wonderful to see that growth from just this young kid who I thought was just a ball of energy, to become the star that he has.

When you played against him, you always had to be aware of where he was on the field, when you were on defence more so than anything else, because he was such a dynamic ball carrier.

He’s got incredible leg drive, the ability to break a tackle and then once he gets into open space, the speed to devastate.

And you always knew that if you made a line break he would never give up chasing. We saw that last weekend against the All Blacks. A couple of times he forced them to make one extra pass to score a try because he’s the one guy who’s chasing back.

It’s the hallmark of great players that on both sides of the ball they’re constantly threatening, constantly working hard, particularly as a backrower.

‘It seemed to come naturally’

To be honest at the start, I didn’t see him being the leader at all.

Even when he was thrust into the Wallaby captaincy when Stephen Moore was injured, it really took me by surprise. He had to grow into it – was still young and inexperienced, and he was probably given the role because he was such a good player – he was always going to get picked and play 80 minutes.

What he lacked in experience he made up for in an ability to lead by example. That seemed to come naturally.

He’s had to grow a lot and mature into being a leader in the sense of managing the personalities in the group and making sure he’s available to different people who come from different backgrounds and different cultures.

To his credit, like he’s grown immensely in those areas. He’s a likeable guy, well respected, approachable and available to his teammates.  It’s amazing to see his growth and how far he’s come from that young kid who was just chucked in and didn’t expect it.

Naturally, over the course of his career as a Wallaby he’s opened up even more, but I think his authentic self is quite a quiet guy, not very loud or very outspoken.

That’s what I admire about his leadership. First and foremost, he leads by example.

He’s an absolute freak of nature on the field. You don’t see anyone who gives 100 percent the way that he does every second of every minute, within the 80 minutes.

You couple that with the fact that he only speaks when he feels it’s necessary to say something, and that’s powerful. People who speak a lot, and I’m not saying this is always the case, but more often it’s about them speaking about things that are more relevant to them than the team.  I’ve always enjoyed that part of his leadership.

What you get judged on more than anything else is your performances in games. That’s how you gain respect of your players, performing at a high level consistently, week in, week out.

There’s no doubt he has grown as a leader, delegating responsibility, trusting people around him, so that he doesn’t always have to be the voice that people are hearing.

Going into my last couple of years with the Wallabies, that was something he did very well – starting to trust people in terms of delegating responsibility.

‘I don’t understand the hate’

I was watching the third All Blacks game with my brother-in-law and he was shouting at the TV: “Hoops what are you doing there?!”

He told me he didn’t rate him, but couldn’t give me a reason. Believe me, there are a lot of people who feel that way.

I just don’t understand the Michael Hooper hate. I really don’t, but it’s absolutely there.

At that moment, the All Blacks made a line break and Hoops was one of the only players chasing back. I said ‘bro, what don’t you love about that?’.

That’s the example of what people don’t see. People expect their number seven to just be over the ball and getting penalties. But the game is so much further than just that stereotype of what a seven is.

Watch him play the game and watch his influence in everything that he does. Whether it’s making the tackle, putting pressure on the ball, carrying the ball, chasing back, in scramble defence – everything he does, he’s effective at.

You can’t hate that! You can’t have anything but respect for that. It’s phenomenal.  He deserves so much more respect than what he gets.

The last few weeks would have been incredibly tough for him.

He’s not a selfish guy but if you look at it from his point of view, he’s been outstanding in all three games in the Bledisloe.

If I was picking a combined All Blacks and Wallabies team from the series, he’d be my No.7. Akira Ioane would be my six and Ardie Savea would be my eight.  Hoops, Marika Koroibete and Samu Kerevi would be the only Australians to make the cut.

There’s not much more he could have done.

It’s always hard to be feeling that you’re not getting repaid for the effort that you put in, not that he’d ever said that.

He’s played 100 games for the Wallabies. He’s been through highs and lows. And he’s at the point in his career where he’s facing a new challenge – bringing a young group through a new cycle, guiding a new generation of Wallabies through.

What would be hard for him is managing expectation as far as wanting to win all the time but having an understanding that these guys are young, you have to be patient with them, work with them, get them to the level where you can win consistently. It’s going to take a little while. 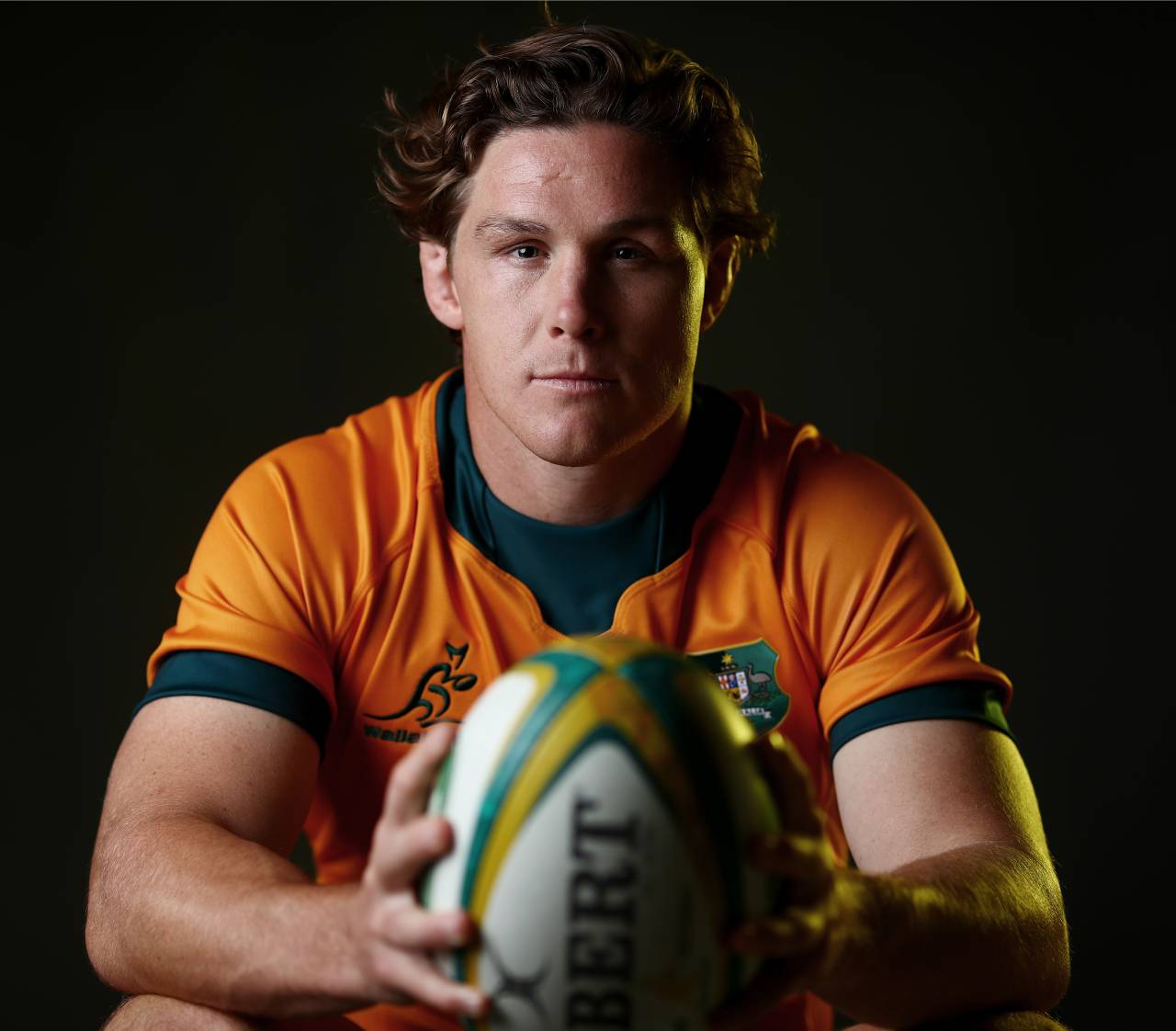 I told him when he played his 100th Test that he should be incredibly proud, because from the moment he came into the Wallabies setup he was excellent and elite in training and in games so consistently.

Love him or hate him, people have to understand to be at that level for that long, to have played 100 Tests and become the longest serving Australian captain, took so much mental toughness and resilience in the face of adversity.

To be able to go through all that, but still be an elite performer with that consistency, is remarkable.

You can’t let your standards drop. Look at those other captains, George Gregan, John Eales, who he’s overtaking.

As a captain, you have you have to demonstrate consistency, week in week out on the training field, in the team culture, and then on the field, ultimately, with your performances.

That’s the only way you can have longevity.