What we’ve been doing really well of late is competing very hard. l heard what Trent Robinson had to say after we beat the Roosters and the suggestion was that we wanted it more. It was similar from Wayne Bennett after we beat the Rabbitohs.

Those coaches have obviously won multiple comps in the NRL and know about wanting it more. It doesn’t happen all the time, but the best teams want it more than the opposition the vast majority of the time.

Melbourne built their club on wanting it more. They’ve been consistent in doing that better than anyone over a long period and when coaches like Trent and Wayne, in charge of teams in the top echelon of the competition, talk like that about our team I know we’re making ground. 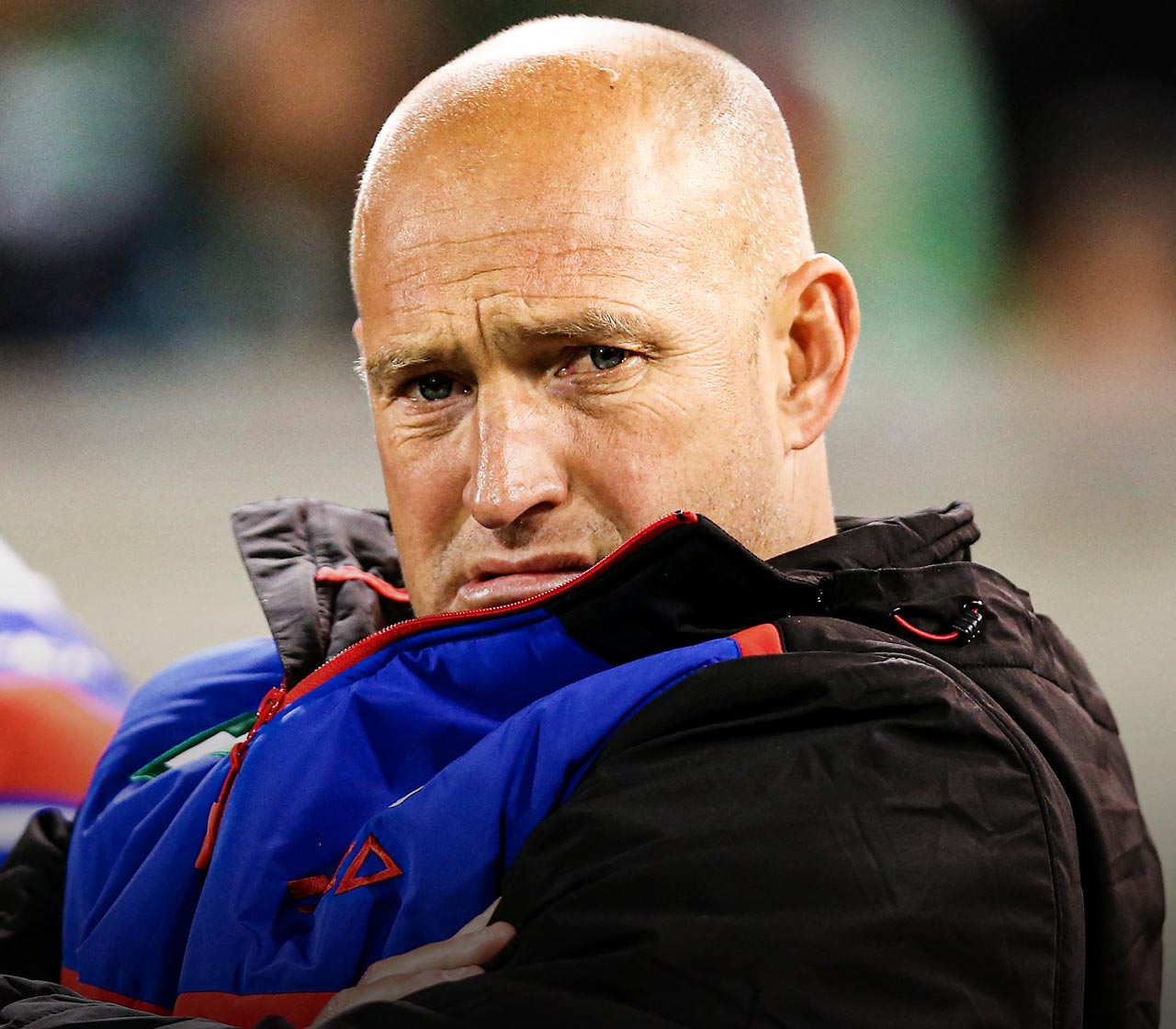 I’m talking about a lot of those areas we like to call the one percenters. Scrapping for loose balls, putting the ball-carrier on the ground rather than letting him stand in the tackle, making runs in support when you know you might not get the ball but you can put the defence in two minds.

When you’re dealing with margins as narrow as they are in a tight competition like the NRL, all of those one percenters can add up to make a big difference.

Like it often is with this sort of thing, we weren’t going nearly as bad as a 1-5 start suggested. We had losses by one point, two points, seven points and eight points. Then we had our one really bad loss, 38-14 against the Titans.

Then, the following week, we bounced back with a really high-quality performance to beat Parramatta and we’ve gone on it with since.

But a 6-0 run doesn’t mean you’ve got it all covered either. There’s plenty we can still improve on, a lot more we can do. And we’ll need to find that.

I’ve had my share of learning experiences and, as the Knights prepare to play the Storm, I can say I know from harsh experience what it’s like to get ambushed down there.

Those early games, a lot of decisions went against us, we got too many tries disallowed. They weren’t the wrong decisions – we just weren’t getting things right.

We weren’t scoring off kicks either and you’ve got to be able to have a percentage of that.

Now we’ve improved in those areas, our defence has been really good, and players in key positions like Mitchell Pearce and Kalyn Ponga are getting room to move off the hard work of the forwards and making things happen.

The Roosters and Souths had players out against us, but we had plenty of players out as well. But their forward packs were very strong and it was pleasing for all of us at the Knights that we performed so well up front against those teams.

Blokes like Boyd Cordner, Jared Waerea-Hargreaves, Siosiua Taukeiaho and Angus Crichton were all there for the Roosters. All the Burgess boys and Cameron Murray were there for the Rabbitohs. I was proud of how our forwards competed against packs full of international and Origin players.

Daniel Saifiti, Lachlan Fitzgibbon, Mitch Barnett and Sione Mata’utia are among those who have been through the hard times here, but they’ve kept going and now their hard work is being rewarded by the efforts of all of our attackers. It makes the forwards want to keep putting in.

There’s no doubt moving Kalyn back to fullback after he started the season at five-eighth had a very positive impact on the team. When our players look back and see Kalyn Ponga catching the ball for a kick return they get a lot of confidence out of that.

It would be no surprise to see Kalyn back at five-eighth somewhere down the track. Even now, in the Australian team, if Cameron Munster was injured and James Tedesco was going great at fullback, they could throw Kalyn in at five-eighth and I’m sure he’d handle it without a problem.

But let him become the best fullback he can be first and maybe in the future he can move again if the time is right.

As good as Pearcey’s form has been this season, I look at his form last year and think it was just as good. He missed a lot of games but still finished fifth in the Dally M Medal voting.

He’s happy in himself. He enjoys life up here. He’s at an age now where I think a bit of a quieter life suits him, and he and the people of the Newcastle district have embraced each other.

We’ve got a great mix of youth and experience. The players who were developing here through the hardest times were joined by good role models who actually knew what winning looked like. 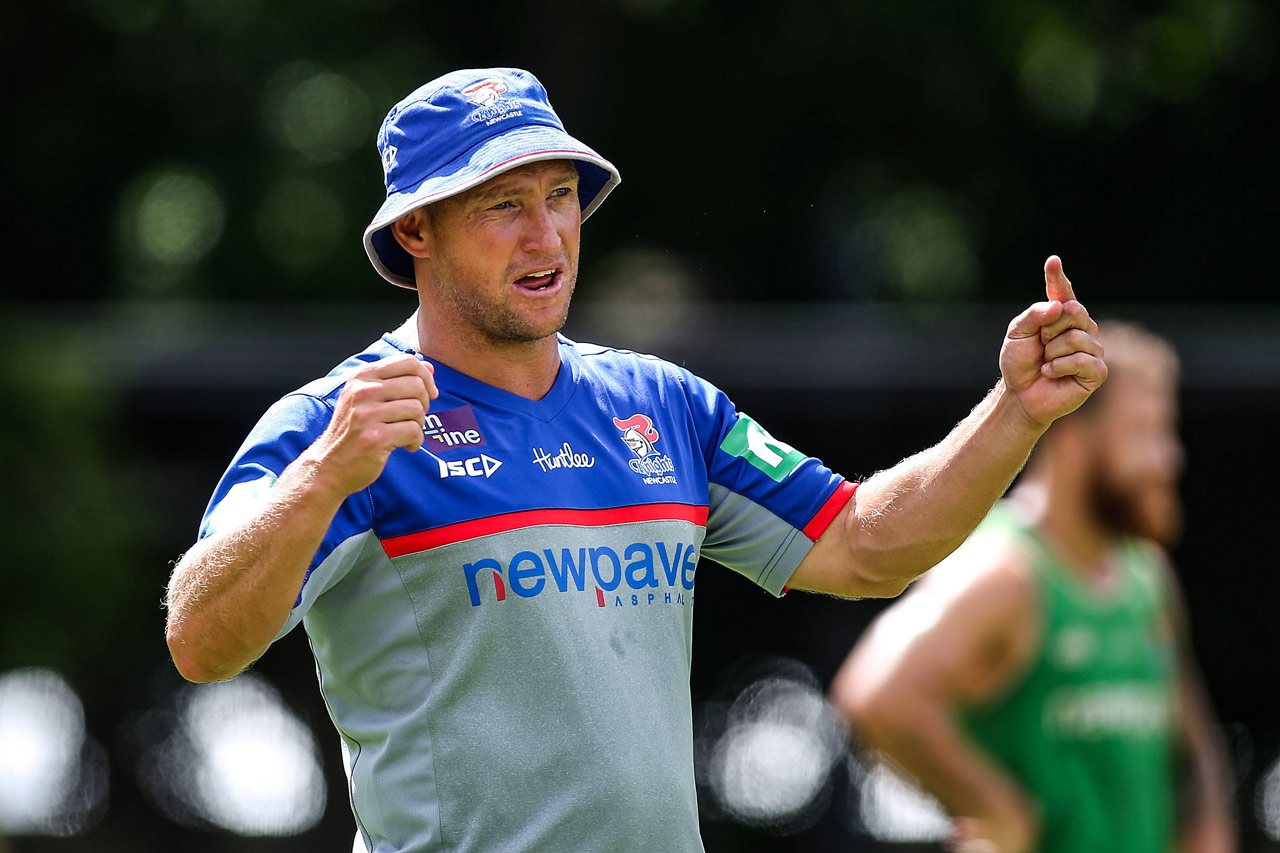 Blokes like Mitch Barnett, Lachie Fitz, Sione Mata’utia, Danny Levi and Daniel Saifiti have shot ahead with their footy from being in the company of those players.

How do you propose to go to Melbourne and beat the Storm? Aside from all of the physical preparation and tactical planning, there are two things we have to be sure of in our heads.

We’ve got to believe we can win. If you go down there with any doubts about that, you may as well not make the trip because you’re already done.

It’s hard enough to win there when you believe you can. Uncertainty is a fast track to failure.

The other thing we’ve got to have faith in as a group is that the type of football we’re playing is capable of doing the job. If we start thinking we need to do things differently down there, we’ll get into trouble.

What we’ve been doing has got us results. We’ve got to have faith in that and just keep trying to do it better and better.

We’ve got to put ourselves in the contest, like we’ve been doing, and go from there.