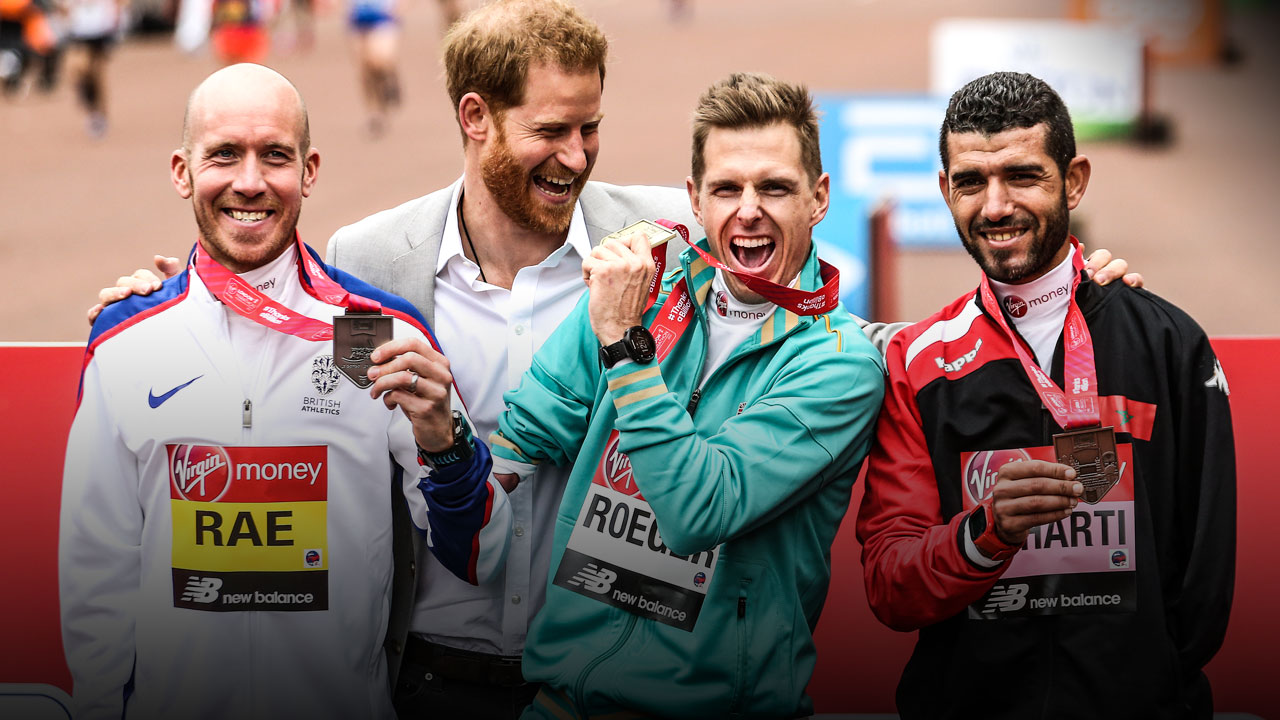 The goal was always to be the best

The goal was always to be the best

Ever since I can remember, I wanted to be the best at something. It wasn’t going to be in my first love, AFL, so running it is.

I was born without the lower half of my right arm, but I’ve got crocodile stories, car accidents, tractors, the barbwire fence to explain it away.

I’ll tell people a story and it’s quite funny but then I feel bad because sometimes I take it too far and they actually believe me.

I feel like I’m one of the lucky ones, I haven’t had to go through any trauma in life, like a lot of my other colleagues and friends in the Paralympics. They’ve had some shocking stories, but somehow they’ve adapted and to me that’s strength.

I know no different. The hardest thing for me is cutting up the end of a tomato. I still go home and my dad cuts up my steak for me. I tell him, ‘Dad, I can cut up a steak, I’ve been doing this for 30 years.’

Being born without half my arm might have prevented me having an AFL career, but couldn’t stop me loving the game, or even being a pretty good player.

I was kicking a footy before I could run. From an early age, growing up with a twin brother in the country, that’s what we did as kids, we kicked a footy, we threw a ball, we ran amok.

I played footy for the Langhorne Creek Hawks and all my mates still play. They tell me that one day they want me to come back, sit on the wing and kick a handful of goals.

I went out on a high in the under-18s, the last game I played. We won the grand final and, even with three Paralympics and world records under my belt as a distance runner, that is in the top four or five of my achievements.

The mateship and the people you play with is what made it special. Even though I’ve got a team in running it is essentially an individual sport and I’ve always been a team player and loved team sports.

I grew up with those 22 guys that I played with and I am still mates with a lot of them. We always go back and reminisce about those days, the premiership that we won, doing it with my twin brother and some of my closest mates. That was special.

One day I’m going to go home and have a kick with them again.

That was one of the hardest things about moving away from South Australia, leaving the mateship and the footy club behind.

I could take a mean mark and kick left foot, right foot and hand pass with the stump. I was a handy player – at least I thought I was.

Sometimes the umpires would think I was throwing the ball, and I’d get angry at that.

It was funny, especially in school footy when we played other schools and some of the kids didn’t know me and thought, ‘Who’s this one-armed guy, he can’t play.’

I remember a game we played in Strathalbyn and I kicked 10 goals on this guy in a school game.

That shocked them. You never should just look at someone and underestimate them, because people can do amazing things.

For many people with a disability it can be hard sometimes growing up, and people can be really mean. But growing up in the country with a twin brother and a small community, they just treated me like anyone else and just threw me in the deep end.

I was very fortunate that, where I grew up, and the people I grew up with just treated me like any other Tom, Dick or Harry. It was a great way to grow up and hopefully people out there don’t judge people on how they look and get to know them.

Always at the pointy end

Langhorne Creek is God’s country, about 60 minutes southeast of Adelaide. I’m a marathon runner now, but started on the track as a 1500-metre runner.

Me and my twin brother played cricket, basketball, football, table tennis and even had a season of lawn bowls in there.

Langhorne Creek is famous for some of the best wine in the country. So much great shiraz has come out of Langhorne Creek, but it’s a small town and I think my school had about 80 kids from kindergarten to year six.

Our three or four teachers used to get us to run around the vineyards, a 2km loop. That was a cool way to start that people in the city don’t really get.

I was always at the pointy end of the field in those runs.

When I got there, I nearly died

My disability might have ruled out an AFL career, but it couldn’t stop me running. The goal was always to be the best and win a gold medal for my country at the Paralympic Games.

Unfortunately, I haven’t done that in three Paralympic Games, but I’m not done yet. Now the goal is to win a gold medal in the marathon for Tokyo next year.

I debuted in Beijing in 2008. That was an amazing, surreal, experience as a 20-year-old from the country, travelling to the ‘Bird’s Nest’ stadium in Beijing and racing in front of 80,000 people.

In 2009 I got a scholarship to move to Canberra and the Australian Institute of Sport and, over the next few years, I learnt a lot about how to be a professional athlete and I’m really grateful to Iryna Dvoskina for her coaching at that time.

I didn’t know how to recover, how to stretch, how to eat or much about nutrition.

Despite the obvious benefits of being in a program like that, London 2012 was really difficult.