Ivan told me the harsh truth I needed to hear – and I’m forever grateful for it.

I didn’t get the chance to play first grade when I thought I deserved it at South Sydney. I played reserve grade in 2011 and our first-grade outside backs were dropping like flies. I kept checking the team lists and waiting for a call on my phone, but it never came.

It played on me psychologically. I was frustrated. I wasn’t getting any feedback about my performances. When you know you’re playing good footy and you see other players get in ahead of you, it dents your confidence. Eventually, it hurt my footy.

I knew it was time to go and I was fortunate enough to get a meeting with Gus Gould at Penrith. I looked at the club and it kind of resembled me as a person.

It was a place where things were changing and I was seeking a new beginning. My first year there was also Ivan’s first year as coach and I put my head down, worked hard and hoped he’d notice how eager I was. 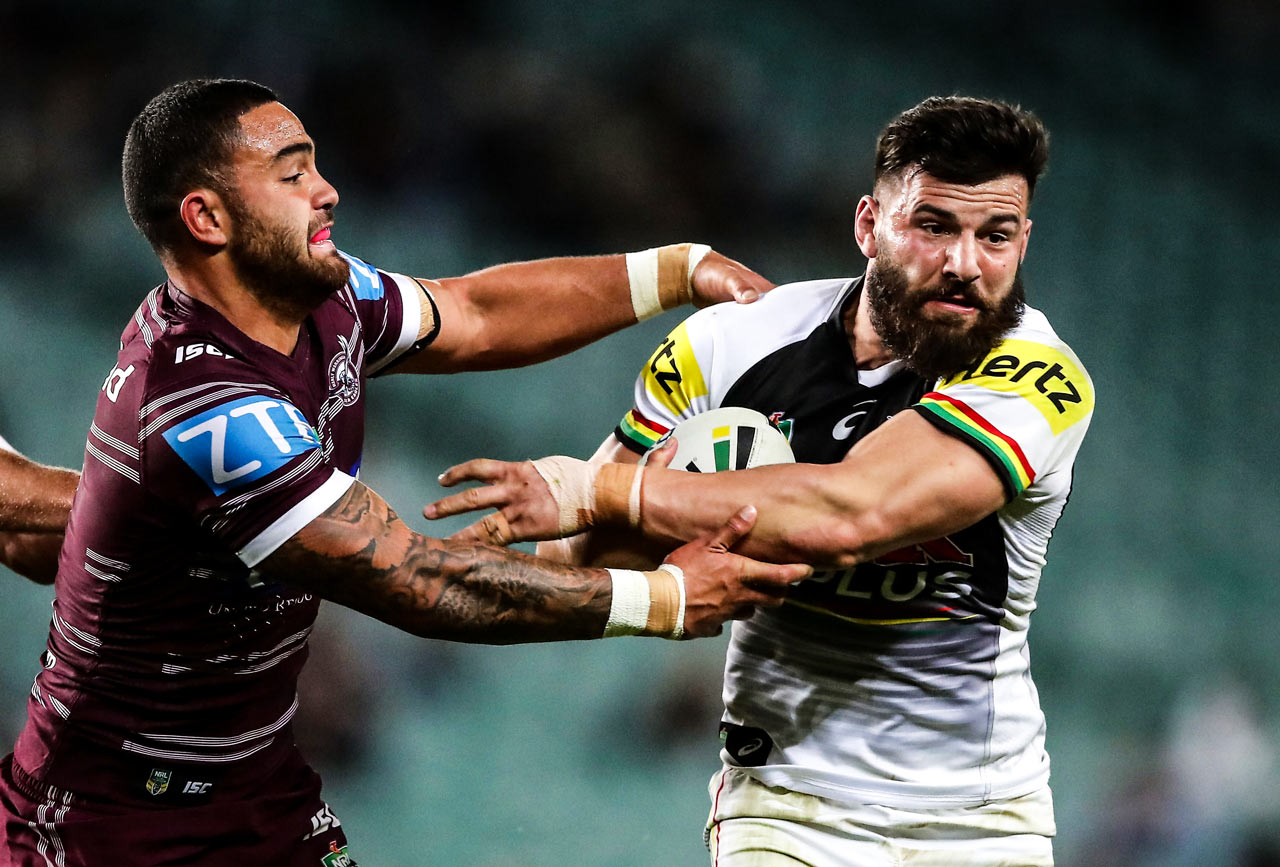 I trained with the first-grade squad even though I was playing NSW Cup. Ivan had us all working in together. Everyone was starting from scratch as far as he was concerned and there was a lot of opposed work, so you got the chance to compete.

He gave me my debut at home in round nine against Melbourne. We didn’t get the win, but to me it was still an important night. All my family and friends were there to watch and I scored a try. I learned that hard work always pays off, even if it might take a bit longer than you hoped.

I had a great rest of the season, but it went to my head. I got a bit carried away with myself and thought I could turn up the following season and do less work and still get the same results. Big mistake.

I wasn’t professional with the way I handled training, my diet and all of those important things. I started getting niggling injuries and other players went past me. It ended up being a bad year.

During the pre-season heading into 2014, I was called into Ivan’s office for a chat and he told me where I was sitting in the pecking order for wingers. I was third, behind Kevin Naiqama and Eto Nabuli. It shook me up.

It can’t be an easy conversation for a coach to initiate, but I obviously needed to have some issues addressed.

I told Ivan I was going to train my guts out and do whatever I could to go back up the order. When the trials came around we had another chat and he told me he was going to start Kevin and Eto ahead of me. Again, I didn’t get angry or bitter. I just resolved to keep trying. Then, unfortunately for Eto, he hurt his knee playing in the Auckland Nines.

I played a trial against Newtown and scored a heap of tries, and a couple of weeks later I was named in the team for round one. It ended up being a crazy year. I went from being out of the team to being its leading try-scorer and getting picked to represent Australia in the Four Nations.

And it all came back to Ivan having that conversation with me and bringing me back down to earth so that the eagerness and enthusiasm would return to my training. It can’t be an easy conversation for a coach to initiate, but I obviously needed to have some issues addressed.

It was a giant wake-up call. When I pieced it all together, I understood how much I’d strayed in 2013 from what I’d been prepared to do the previous year. It was a lesson from Ivan that I haven’t forgotten and never will. 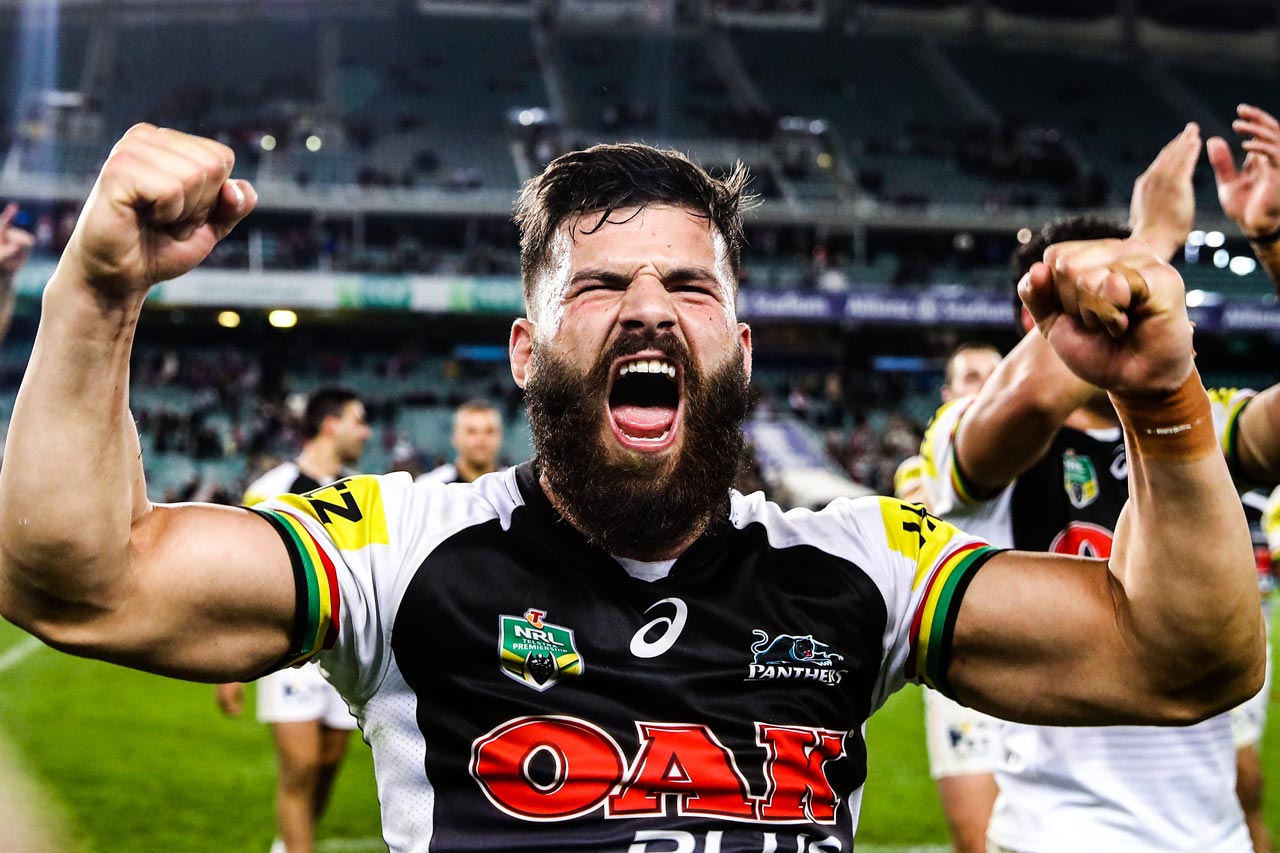 THE POWER OF POSITIVITY

I’ve had to learn how to cope with serious injury. If I could offer one piece of advice to those who face the same challenge, it would be to rid your system of self-pity as quickly as possible and focus on the future.

There’s no point in asking yourself over and over, ‘Why? Why did this happen to me?’ It happens, end of story.

It was a freak accident when Josh Dugan collided with me in training for the Four Nations at the end of 2016 and I tore my ACL. Same again when I copped a knee in the face going up to compete for the ball against Gold Coast early last season and sustained facial injuries that needed surgery.

I could’ve lost an eye, but I didn’t.

Between those two injuries, in 2017, my wife Daniella gave birth to our first child, Siana. She turned one last month. Becoming a father is one of my greatest achievements. I guess you could call that occasion a rose between the two major injury thorns.

I’m a happy person. I try to be positive. I don’t let things break me if I’ve got any influence over it. I did my knee and decided I was going to use my mind as a powerful tool. I worked hard in recovery and got back quicker.

There were dark times after my face got smashed in, but I refused to let it break me. I didn’t want my career to end that way. Daniella and the rest of my family and friends are a fantastic support system. My wife and child helped keep me sane. Again, I came back quicker.

Feeling sorry for yourself gets you nowhere. Telling yourself ‘I can do this’ is the first step towards winning the battle.