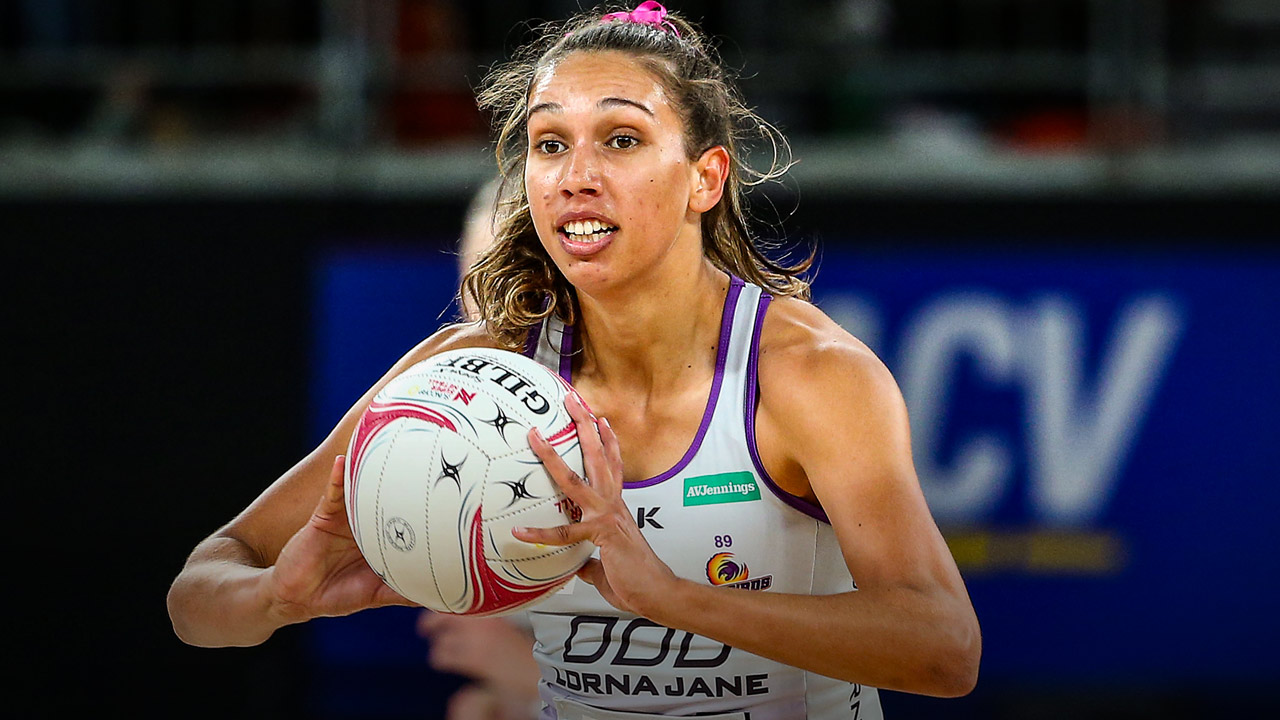 Growing up, I never felt that I was different.

It wasn’t until I was about to go to high school that I said to my mum, ‘I don’t look like my friends, I’m a little bit darker skinned’.

And I guess that’s when we had the conversation.

Mum said, ‘Well, Dad’s dark-skinned as well and Dad’s heritage is Aboriginal’. So that was where I started to understand our culture.

It was quite late, but I was very lucky growing up that I’d never experienced any racism or anything like that. It was something I didn’t really need to know until I started figuring it out for myself.

I REMEMBER THE STARES

Dad grew up on a cattle farm in a small Queensland country town called Gayndah, north of Kingaroy. Our people are part of the Wakka Wakka tribe.

We used to go up there when we were little; it was about a four-hour drive and I do have some memories here and there.

Dad joined the army quite young – because he wanted to get out of Gayndah and see what else the world could offer. There was a lot of discrimination in the army at that time. It’s not like that now.

Dad experienced a lot of racism back then. As he recalls, he had to share a room with the two other dark fellas because they segregated all the black fellas, TI boys and others who weren’t white.

He never let that affect him mentally though; he’s very strong-minded and I think I’ve got some of that in me as well. Just maybe not to the same extent.

I guess I was always taught to ignore people if they did something I didn’t like or I disagreed with. You have to be the bigger person in the situation and I remember my mentality growing up was, and still is, ‘If you don’t have anything nice to say, don’t say it at all’.

It was hardly anything, realIy, but I do remember the stares. My dad is a lot darker than me and sometimes when I was walking with him when I was younger, you’d just get more stares than usual.

Plus, a lot of the time dad would be in his full army uniform, so he stood out even more.

I’ve felt really supported in both the sports I’ve played: netball and touch football. For touch footy, we did an Indigenous all-stars event in 2016, which was awesome because they really wanted to represent and showcase our culture.

It’s the exact same thing with Suncorp Super Netball bringing in the Indigenous Round.

Knowing that I’m the only Indigenous player in Super Netball is a bit upsetting. I know how much talent there is out there. It’s just not being seen.

When I go up north to do clinics for Netball Queensland, I see all the young Indigenous girls – and boys, too – who’ve got all these different abilities.

They’re so electric out on the court and they’re always so happy; they just have so much fun and don’t take anything too seriously.

I went up to Weipa with Gabi Simpson in 2017, my first season with the Firebirds. We were up there for three days visiting remote communities and it was heartwarming just to see their love for the sport – for anything! They picked things up so quickly. 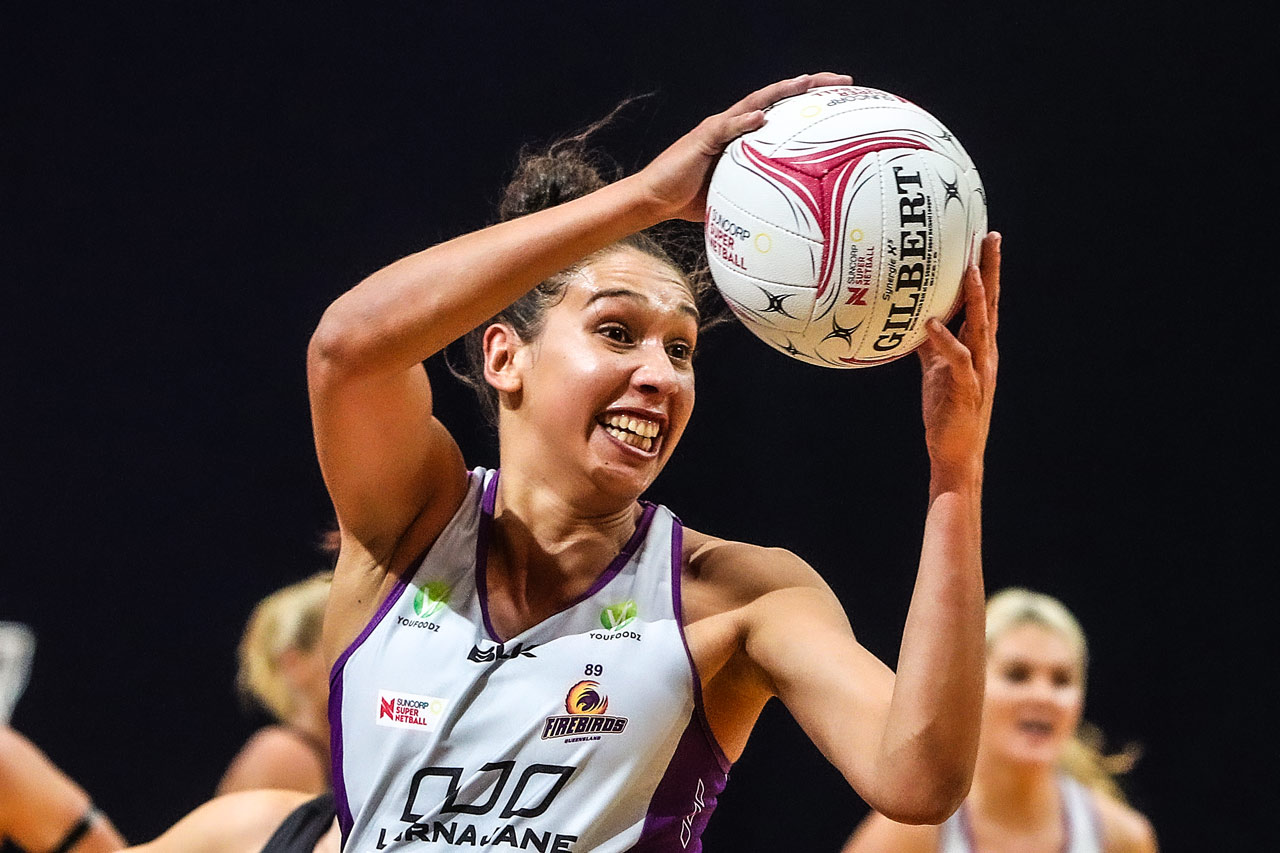 I’ve heard comments that ‘they’re not wearing any shoes’, but they don’t need them. They just play with what they’ve got and it makes me think how lucky I am to have facilities, health professionals, netball shoes and so much more that help me to play.

They’ve got very little but they’ve also got all these skills. It’s really cool. Eye-opening.

I know that it can be very hard for young Indigenous people to leave their communities and go to the city to pursue a career in sport.

I can’t speak for all Indigenous women and girls but, from my experience, I imagine many of them may not have the confidence or self-belief they deserve to have.

And maybe they don’t have many Indigenous role models, either.

I feel like I’ve got to take on that role and I love being able to get out into the communities and just help them know that if they really want to pursue netball, they can.

Knowing that I’m the only Indigenous player in Super Netball is a bit upsetting. I know how much talent there is out there. It’s just not being seen.

Being the frontwoman for Indigenous Round is a bit scary! Sometimes I feel like I don’t know enough of my culture to be ‘the face’. I’m still learning about it every day.

I do my best to do research and talk to people. I talk to my dad a lot about it, as well, because I want to make sure that I’m representing not just our tribe but all of the Indigenous peoples and that I understand the struggles that they’ve been through.

I feel lucky not to have experienced any of the racist comments that some other athletes have. I feel a lot of sympathy for them.

I just think of New Zealand and how they have integrated their First Peoples’ culture into everyday life. We haven’t done that yet and I do feel there’s still a bit of a gap. It is closing, so I’m excited for what the future holds.