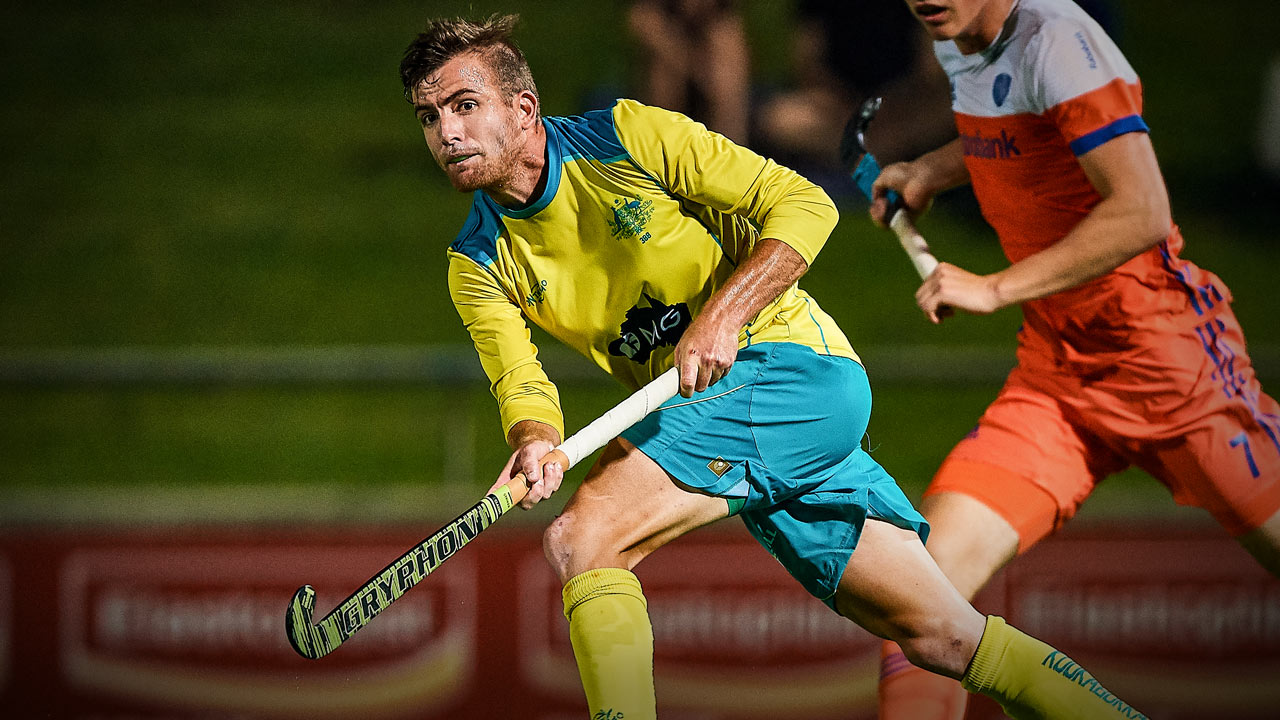 My son was born last October. The Hockey World Cup started in November.

Around the time Felix arrived, our team was in full-on training mode for a huge tournament, a goal we’d been preparing for over many months or even years.

We had an intra-squad game planned for one training session. Try to picture 27 of the best male hockey players in Australia going as hard as they can, all out to impress the coaching staff.

The game was on a Saturday morning and I was exhausted. Felix had been up a lot of the night and I’d had a terrible sleep.

When I arrived at the match, I pulled aside our coach Colin Batch and had what I expected would be a really hard conversation.

I told Batchy because the last thing I wanted was to put in a poor performance without any context and then have the coaches wonder what was wrong. A few weeks out from a World Cup, you don’t want the national coach thinking you’re out of form or, probably worse, not putting in full effort.

I think it’s worthwhile sharing this story because, while having a child obviously affects female athletes more, there is an impact on male athletes that’s useful to consider.

Colin said, ‘Thanks a lot for giving me the heads-up’. And, he made a few plans for me around how to manage the game.

The first half went OK. I wasn’t playing particularly well, but not too badly. Then, in the second half, Batchy offered me a couple of extra breaks. He said he could see I was tiring. They changed my rotation a bit more and I didn’t play as many minutes, but it helped me and I managed to play out the game at a pretty high standard.

If they hadn’t changed the rotation – if they hadn’t been aware of my situation – I probably would have been a fly on the wall in that game. As it turned out, Batchy’s understanding and my decision to tell him what was happening created good communication. It took a lot of pressure off me and didn’t affect my chances of being part of the World Cup group.

Felix is four months old now and has started sleeping a little better. Still, as any parent knows, it’s rare to get through a whole night of sleep. A couple of times I’ve flicked through a text early in the morning to let the coaches know that I might be a little off my best at training that day. They’ve been really good about it.

I think it’s worthwhile sharing this story because, while having a child obviously affects female athletes more, there is an impact on male athletes that’s useful to consider.

My commitment to being the best partner and father I can be is very strong. It may be a cliché, but I wouldn’t be playing hockey for Australia if not for the support of my parents. I want to be there for my son the way they were there for me.

My mum Kim and dad Tom would wake up at stupid hours of the day over a number of years to take me to training sessions.

I was identified quite young as having potential in hockey. Where we lived in Brisbane was about 30 minutes’ drive from where I trained and they’d sit in the car and watch me in the morning, take me to school, then pick me up from school, take me back to training and wait there again.

They sent me away on trips with the Queensland junior program, which were quite expensive. I remember an invoice came to our house once with my name on the envelope.

I opened it and it was a bill for $4500 to go away for two weeks. My parents never ever said, ‘We can’t afford your hockey’. Mum worked two jobs some of the time. Dad worked tirelessly, as well, and still does so he can come and watch me play. If I can be half of what my mum and dad were as parents, I’ll be stoked.

Felix won’t know that I was up at 2am night after night changing his nappies and heading off to training at 5.30am.

What’s that’s meant so far, in my experience of being a dad, is going through high emotions at times and plenty of challenges. I was committed to making sure my wife Sam was comfortable with everything while she went through her pregnancy.

After Felix was born, I didn’t want to just give the burden over to Sam and go on my way to play hockey. I wanted to do whatever I could to make life the best it could be for all three of us.

I wanted to get up and change his nappies, give Sam the breaks she needs, day or night, and help out as much I can. Sam could probably do everything on her own – she’s an incredible mother – but I didn’t want to put her in that position and don’t want to miss out on the experience myself.

Felix won’t know that I was up at 2am night after night changing his nappies and heading off to training at 5.30am. But it never came into my mind that I wouldn’t do it. And, I wouldn’t change it for the world.