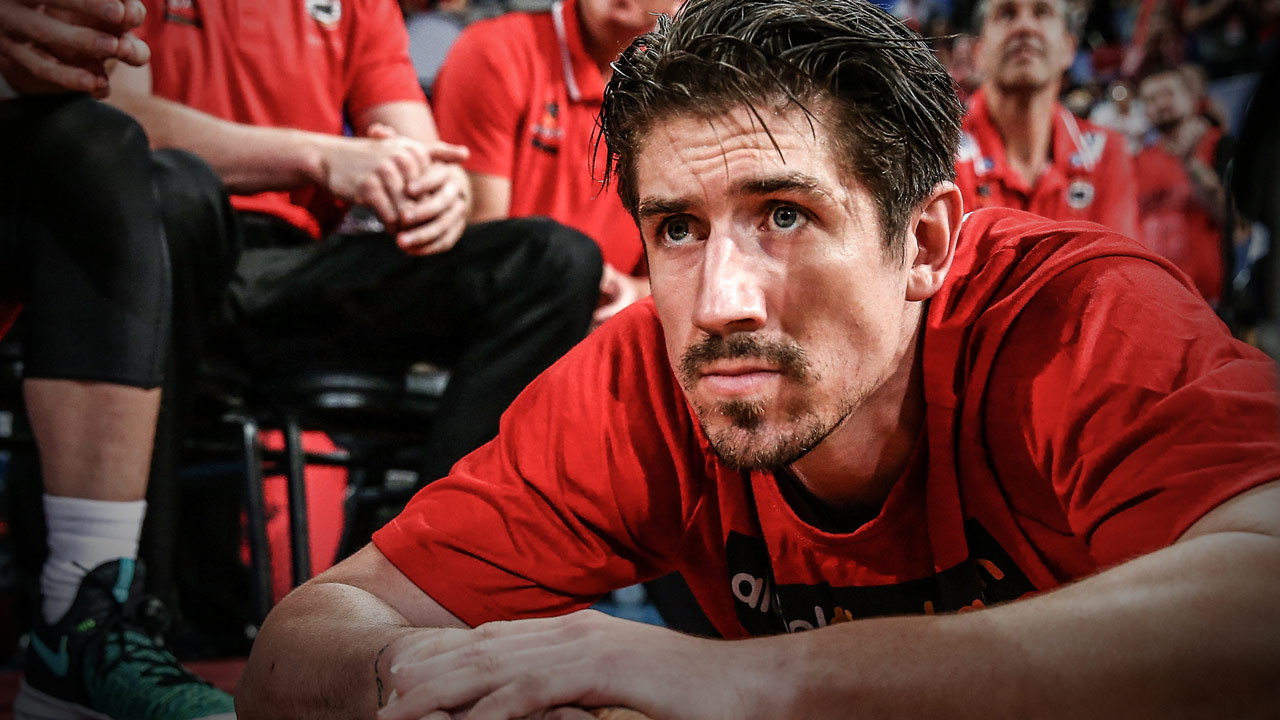 Despair of a 10-year-old girl

Despair of a 10-year-old girl

There’s a township called Looma up in the Kimberley region, about 120 kilometres south-east of Derby. It’s a place I’d never heard of but will now never forget.

It was 2016. An old basketball friend of mine who’d become vice-principal at Derby District High School suggested I come up that way for a visit and meet some of the kids.

I was keen on working around remote communities to get a better understanding of Indigenous history, culture and values, and the challenges they face, so the idea appealed to me.

I bought my ticket and booked everything in. Two days later, a story popped up on the news saying a 10-year-old girl from Looma had taken her own life.

I’d been pretty naive to that point. I thought I could go up there and change the world. But suddenly I realised the problems weren’t going to fixed by some basketballer from Perth hosting a clinic or giving a talk. The issues in places like Looma are deep and complex and sometimes tragic.

The story about the 10-year-old girl played on my mind. I spoke about it with a teammate, Shawn Redhage. I said I found it so hard to understand how someone could feel such despair that they believed the best solution was to end their life. Shawny was in disbelief that a girl so young could do that.

‘My girl’s about the same age,’ he said. ‘And she’s playing with Barbie dolls. How does something like that even come into the mind of a child so young?’

After three or four days in Derby, I was asked to speak to community and school leaders. I just thought, ‘I’ve got no idea what to say’. It was completely different to meeting people in Perth. There’s no comparison.

I was honest with them. I said, ‘I apologise. I’m supposed to talk to you about how I can help. But I think the best thing is to ask you, not tell you. What can I do to help this community?’

A highly respected Indigenous man said to me, ‘Usually it’s just a whitefella asking for cash, nothing really happens and then they dash off … broken promises’. What he meant was that structures needed to be put in place. Programs. Relationships. A framework to make improvements.

Admitting I didn’t have a clue, that I didn’t know what they needed, was really important. This man’s words rang true with me.

A couple of years earlier, I’d founded A Stitch In Time, an agency which builds partnerships with schools, communities and mental health organisations in Perth and, now, regional areas to provide mentoring and programs for young people who need guidance.

The situation for many Indigenous people is dire. In and around Looma, where I’ve been a number of times now, kids run around with no shoes and torn clothes, often in searing heat. Some of the kids I’ve met up there go to school just to have lunch because they don’t get a meal at home. Suicide rates are at an alarming level.

One thing I’ve learnt from my experiences in Looma and communities in the Kimberley is to have gratitude and appreciation for what we have. The joy and happiness of the kids, despite their circumstances, and the resilience of their communities is simply remarkable.

Seeing what these people go through, dealing with history and their current situation, I’m baffled why there isn’t more attention given to it.

Every life is valuable. When a celebrity takes their own life, there’s a lot of attention given to it, which is a good thing. But when a kid in one of these communities takes their life, you hardly hear about it. We’ve lost five Indigenous children in the past two months and there’s been no social media posts, no viral campaigns, no outcry.

I’ve learnt so much since that first trip to Derby. It’s been incredibly humbling. Obviously, basketball’s been a big thing for me and my career is something I’ll take pride looking back on since announcing this season will be my last. But, I’ve known since my earliest days playing at the Wildcats I had an opportunity to use that platform as a tool to help people.

It’s one thing to sign signatures after a game, it’s another to really impact people’s lives.

We’re all the product of our experiences. And mine early on were pretty tough. I grew up around domestic violence, there were drugs, depression and a lack of positive role models. When you’re going through it as a young person, you don’t really know any different. You accept the behaviour around you and think of it as normal.

Since then, I’ve come to realise that my home environment was not right. But the thing that’s taken it to a different level has been becoming a father.

I had an eerie experience just recently. My son had woken up in the middle of the night and I tried for 45 minutes to get him back to sleep. I’m a very patient father, partly because there wasn’t any of that when I was growing up. There was anger and violence in our home.

There I was, struggling to put my boy back to sleep and I had a bit of a snap. I raised my voice a bit, just out of frustration.

When I went back to bed, I couldn’t sleep for another two hours. I felt quite shaken up. It probably wasn’t a big deal, what happened. Lots of parents can relate. But it brought back a lot of bad feelings. It felt uncomfortable and I didn’t like it.

Every life is valuable. Seeing what those people go through, dealing with history and their current situation, I’m baffled why there isn’t more attention given to it.

My parents split when I was about 10, but they never had a healthy relationship. Happiness was not a familiar emotion in our home growing up.

Around when I started high school, my father moved to Canada to begin another relationship. He’s come back into my life at times since then. But, the fact is, he’s never met my kids, wasn’t at my wedding and hasn’t congratulated my wife on the birth of our children. He’s not part of my life anymore.

My mum, Eva, emigrated from Hungary as a refugee. They put her in accommodation in Balga in Perth and she learnt English by talking to Jehovah’s Witnesses and salespeople coming to the front door.

Mum did the best she could. She worked really hard, despite not having any English educational qualifications. She felt the best thing she could do was provide for my brother and I financially so we could be fed and play basketball.

Mum’s first job in Australia was as a daycare service for the kids of immigrants and refugees. Among my first memories were all these kids from different nationalities hanging out at our home, which was awesome.

Mum then worked at a nursing home and I spent my weekends with her, playing chess or bingo with the patients. She didn’t have any support, we had no family here and there was nothing she could do but take me to work with her.

Later, Mum became a carer for a rich Danish woman. It meant she’d work three days at home and four days away. Sometimes the lady would travel and Mum would have to go with her. There were trips that went for as long as eight weeks.

Mum was earning decent money and thought she was doing the right thing by us. But she didn’t have any knowledge of what my brother was doing or that I was following him down a bad path.