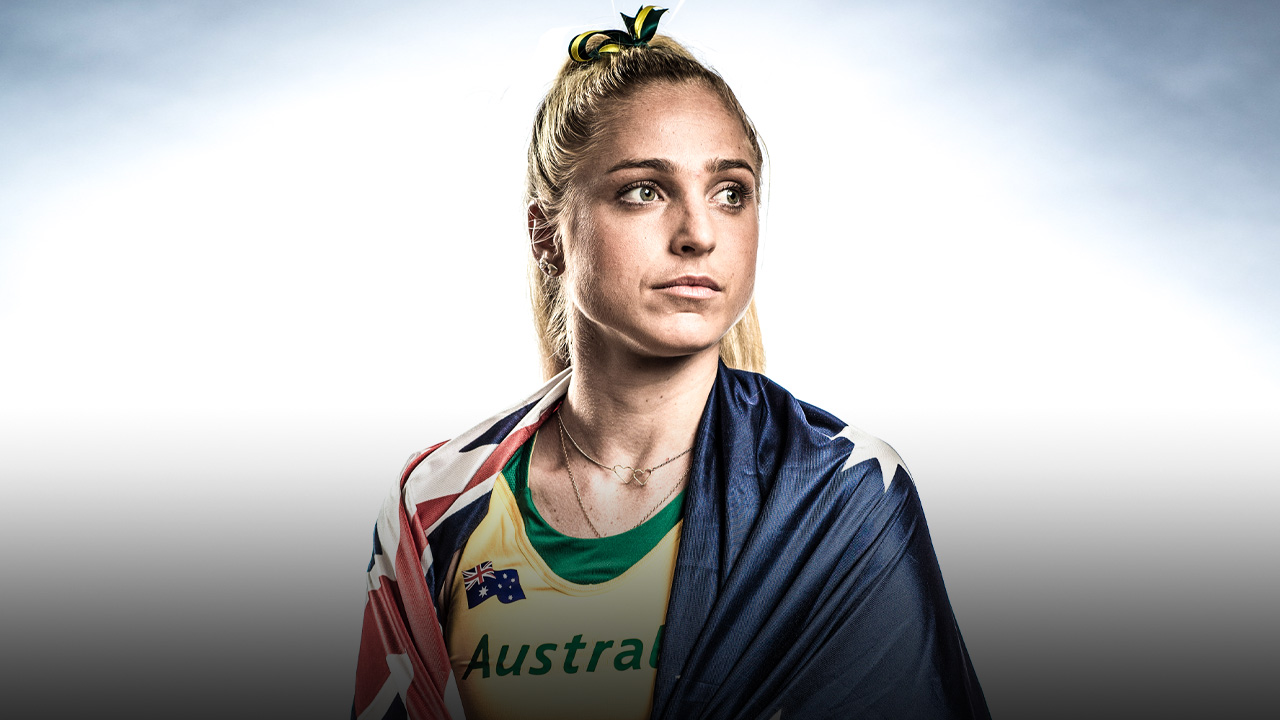 When I ran into the forest and hid

When I ran into the forest and hid

There was a time, shortly after I left high school and just before I was headed over to the US to take up a college scholarship I didn’t want anything to do with, where I’d pretend to go running and just sit in a forest feeling sorry for myself.

I grew up in a beautiful house on Springwood Road in Daisy Hill, Queensland and I’d do all my runs in Daisy Hill Forest. My dad used to train me there and would send me on a 4km loop. I would be so unmotivated I would run into the forest, sit there thinking about the way my life was about to change and walk into the house later and pretend I’d been running the whole time.

I went to John Paul College and they treated me like a superstar. I won a lot of awards and was a really good runner in Queensland, but I didn’t consider myself a superstar, more a big fish in a small pond.

I had never considered running as something I could do professionally, but in my last year at school I received several emails from US colleges offering scholarships. Maybe my resistance came from fear of being found out as an average athlete against all the college kids.

I thought it was exciting and flattering that people were offering me such a huge opportunity but in no way did I think, yes, it’s exactly what I want to do.

My parents insisted on me going to the University of Florida. They told me it was a great opportunity. ‘You don’t have to pay for college. You get a degree for free and you can continue running and it’s all paid for.’

I was scared of being out of my comfort zone and leaving home and being left to find my way on my own. It took my parents to force me. They gave me no option.

Even then, after I left, it took a long time to get my head around it. I’m so stubborn in everything I do. When I’d made up my mind that this is what I didn’t want to do, I really struggled the first six months because I felt like I was missing out.

I didn’t like that I wasn’t around my family during a tough time and I wasn’t really making friends in America. I was running well, that was probably the one thing that was stable in my life. But everything else was just a struggle.

There was also a lot of trouble at home as my parents got an unexpected divorce. We’re a big family, four kids and we went to the same school, all a year apart.

We were ‘the LaCaze family’ at John Paul College. We had dinner together every night, we did every sport under the sun and Mum and Dad were super parents, taking us to everything we needed to be at. They were at all the school functions. Mum used to help at the tuck shop and help out in class.

From the outside, there was no sign at all that our family was heading in that direction. But when I’d left for college and it happened, it was one minute I had a bedroom and a beautiful family home and the next minute the house is sold, Mum moves out with the boys, Dad moves elsewhere.

It was really traumatic and it came from nowhere.

I tried to fly home, of course, but I didn’t have any money. I was asking family members to help me but they were saying ‘You need to understand there’s nothing you can do. You coming home is not going to fix anything.’

My brothers were great for me. They just said, ‘You don’t want to be here. You’re lucky.’ It was a blessing in disguise. But at the time I couldn’t see that. I just wanted to get back and try to be supportive.

I’d gone to college in August 2008 and my parents split in January 2009. My mum came over to spend a few weeks with me to show me that everything was okay and there was nothing I could do by coming home.

But I think that also prevented me from just accepting my new life in America and moving forward. I plateaued for a while thinking I was stuck somewhere I didn’t want to be.

Then my running just took off. I started breaking PBs and making all the conference teams and national teams as a freshman. I was breaking records. Obviously, that’s all I want in life these days, but at the time I wasn’t sure if I cared.

Back then I thought running was a hobby. I loved it, but I didn’t think I was going to be able to live a life doing it.

One minute I had a bedroom and a beautiful family home and the next minute the house is sold, Mum moves out with the boys, Dad moves elsewhere. It was really traumatic and it came from nowhere.

I was told ‘go to college at 18, you come back at 22.’ I was thinking in terms of it being four years that’s taken away to go run, and then what? I can’t go back home because 22-year-olds don’t live at home. Do I try to get a job? I was thinking in a really non-elite athlete mindset.

I would say by May in my first year of college, 2009, it all started to fall in place and I started to make really good friends that I still have to this day.

I competed well at the Nationals in the 5000m and that motivated me to keep at it. Every year from then it just snowballed and by my senior year, 2012, I made the Olympic team.

‘Why can’t we eat normal food?’

The way Mum and Dad brought me up, everything was handed to me. We’d go downstairs in the morning and start with piano practice at 6am.

Then my dad would have all our vitamins, wheat grass and beetroot juice, sitting on the counter ready for us. Mum would have made our breakfast and we were all taken to school together. We had someone pick us up from after school, take us to our sports. We didn’t have to think.

Our diet was very strict. Dad’s a pharmacist and he is interested in health and tries any new craze.

When kids I knew had Froot Loops for breakfast, I was having paw paw with Greek yoghurt, passion fruit, and orange juice sprinkled over it.

We hated it. I remember sitting there thinking ‘why can’t we just eat normal food?’ I’d go school and everyone else had Ribena and juice poppas and I got sent in with Berocca in a drink bottle.

I used to think it was unfair but it stayed with me and I’m still like that to this day. I’m very conscious of what I’m putting in my body.