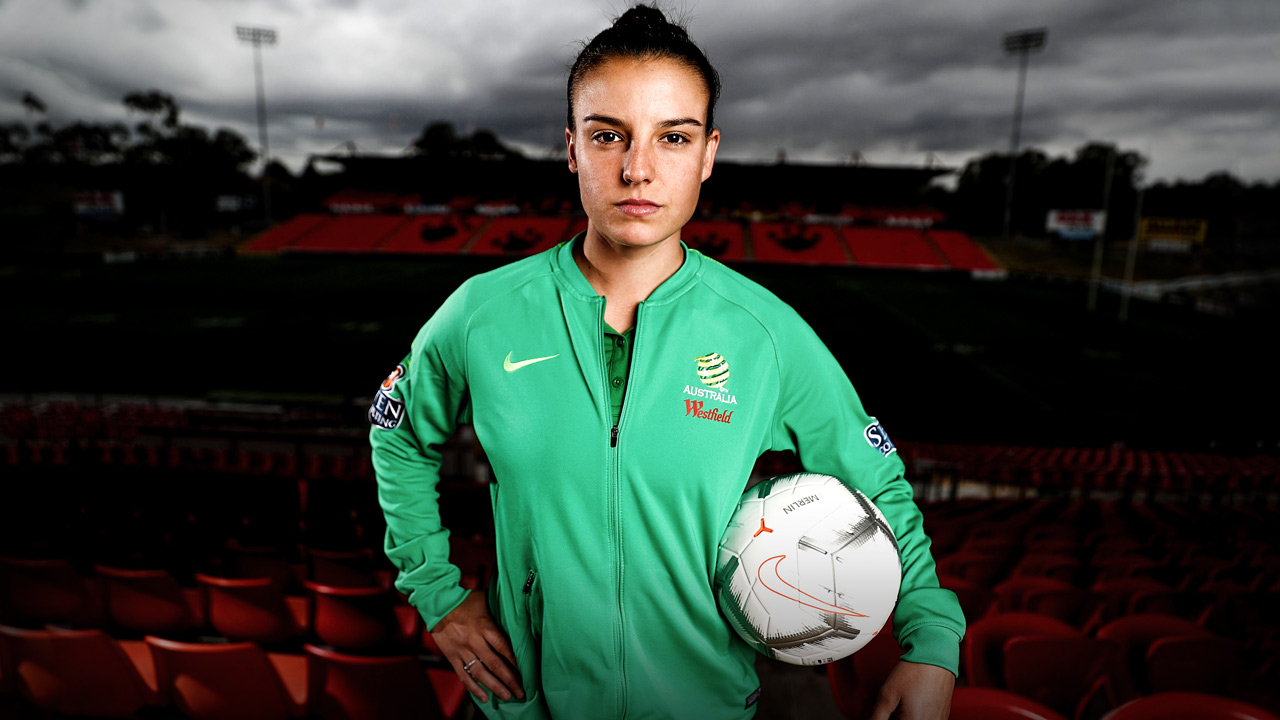 Watching a dream slip away

Watching a dream slip away

I hated the person I’d become. I did a lot of shitty things and pushed a lot of good people away before I realised that. But even then it took me a long time to do something about it.

I’d come out as gay to my parents when I was 17. They were a bit stunned and didn’t show emotion either way.

That wasn’t good enough for me. I took it to mean they didn’t approve when all they were really trying to do – as I realised much later – was deal with the initial shock and process what I’d told them.

I said to them, ‘You either accept it or you don’t’. I pushed them away and built a divide between us. I didn’t care if I talked to them or not. I left home and went down a really bad path. I was going out and partying and doing stupid things, getting into trouble.

I felt like I was enjoying myself, but I was a little shit.

One of my best friends was a teacher at a Catholic school and another was playing in the W-League and the party scene wasn’t for them. Some of my other friends didn’t instantly come to terms with my news and I said to myself, ‘I’ll just get rid of you guys’.

I had a partner at the time and we weren’t good together. She was a bit older than me, so I left my group of friends behind and attached myself to her.

I was an apprentice landscaper, but I didn’t want to work. After playing football for so long and devoting myself to that, I wasn’t interested in doing a nine-to-five job.

But my football had to suffer and soon enough it did.

I was playing for Sydney FC in the W-League and I’d made my debut for the Matildas as an 18-year-old in November 2013, but the following year I got cut from the squad for the Asian Cup.

I went right off the rails after that. All I cared about was having a good time. I thought it was what every normal teenager did. I pretty much walked away from top flight football, just like I had from my family.

I went to the US to play for Colorado Pride. It was second division, semi-professional. I was provided with accommodation, but I had to pay for my own trip over and I wasn’t paid to play.

I played really well and won the competition’s rookie-of-the-year award, but all the while I was still partying and having fun. That was the part I enjoyed the most.

It was around this time I got the first inkling that I was making a big mistake with my life. I was sitting in a pub in Colorado, drinking beer and watching the Matildas play on TV. I thought, ‘What the hell am I doing? I’m such a low-life right now, drinking in a pub watching what I let slip away’.

It didn’t immediately spark me back into action. That moment was still a fair way off. I still had to hit rock bottom first. But I guess it was a sign.

‘WHAT AM I DOING WITH MY LIFE?’

I came back for the W-League with Sydney FC in the second half of 2014 and had the worst season ever.

It was supposed to be my time to shine as a young player coming through, but I felt the pressure of the spotlight on me after I’d done so well in the US and didn’t live up to my potential. I think I played the first two games and then sat on the bench for the rest of the season.

That was rock bottom. I was like, ‘I’ve got to leave’.

After the season had ended, my partner and I decided to go backpacking for a couple of months. We went through the Philippines, Thailand, Greece, Croatia, Malta and finally Italy. Two days before coming home we were on the Amalfi Coast and I thought, ‘Maybe I should go for a run’.

I’d literally done no exercise while we’d been away and that just wasn’t me. I’d never not trained. I’d always been slim and fit. I ran about 500 metres and I felt like I was dying.

I went right off the rails. All I cared about was having a good time. I thought it was what every normal teenager did. I walked away from top flight football, just like I had from my family.

I got home and I’d put on at least six kilograms. I still only weighed in the low 60s, but to me I was fat. I look back at the photos from the trip and think, ‘I was huge’.

I hadn’t been eating right because we didn’t have much money, so it was a lot of fast and fatty food. I’d partied the whole time we were backpacking. It was a very unhealthy lifestyle. Again, I thought, ‘What am I doing with my life?’ But it was still all just thoughts, not actions.

The catalyst for change came when my partner and I broke up. I was shattered that we’d gone our separate ways, but being on my own again meant my coaches came into play more.

I was 20 and I hadn’t played good football for a couple of years. Not at the level that really tests me. I signed with Newcastle Jets for the 2015-16 season, but I was low on bargaining power and my contract was worth peanuts. I had to find money to pay the rent, so I was cleaning houses.

Halfway through the season it really started to dawn on me that I needed to give it a mighty crack if I was going to make it as a footballer.

The Jets coach, Craig Deans, sat me down and said, ‘You’ve got so much potential. You can get back in the national team, you need that, but you’ve got to work hard and believe in yourself’.

Craig was right. I didn’t have any faith in myself at that stage. What he said resonated with me. I started to listen to people like him, who knew what they were talking about, and I decided to seek professional help as well.

I had no one else in Newcastle and I felt extremely low, so I went and saw a psychologist. I only needed a couple of visits to set me straight. I realised it was OK to not be OK sometimes and that I wasn’t some broken-down wreck who needed to be salvaged. I just had to change my attitude.

I realised that all the stress I was putting myself through could go away if I just started believing in myself again. I was putting negative thoughts in my head. If I just put positive thoughts in and focused on getting the best out of every situation – even the bad ones – I could turn things around.

Pretty soon after that, one day it all just hit me. I thought, ‘I’m over all this shit. I need to move on and be better.’ And that was it. Done. It was like a switch had gone off in my head.

Craig had me doing a lot of extras at training and I lapped it up. It finally became clear to me that football was all I wanted to do. I wanted it bad again for the first time in a long time. I had a great rest of the season and then Alen Stajcic called me back into the national team for a trip to South Korea. I’ve been in the squad ever since.