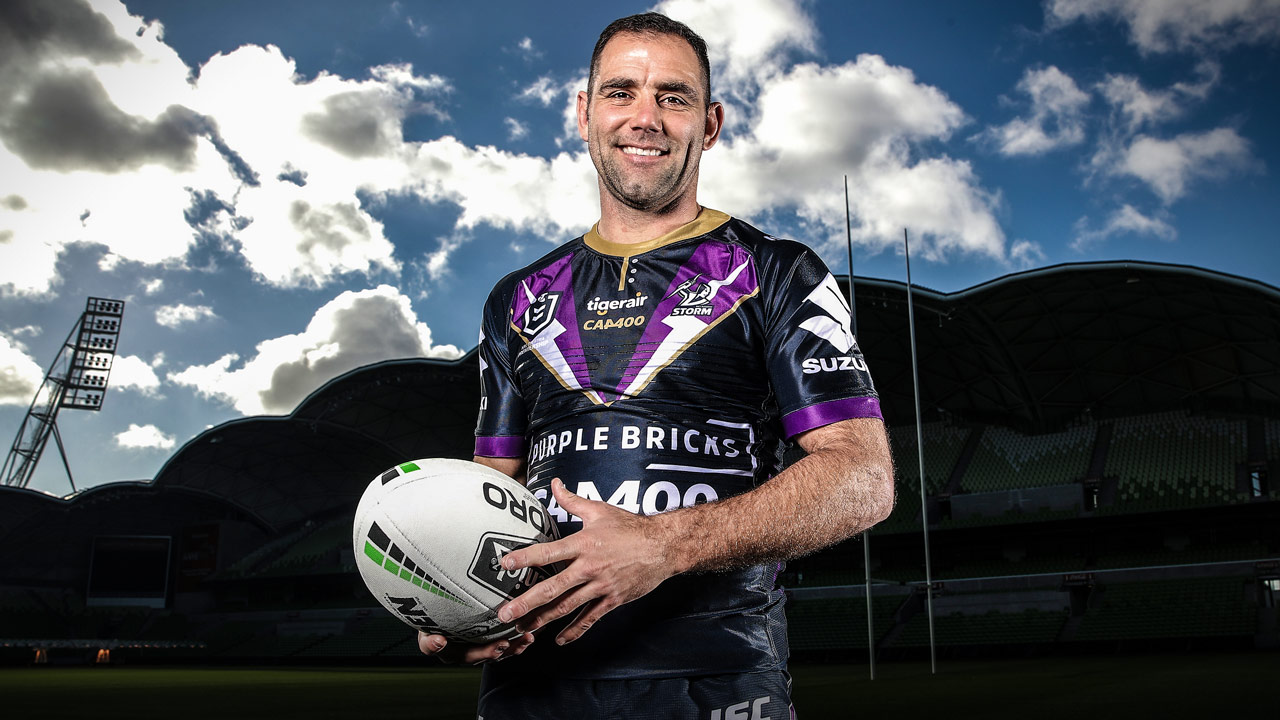 I always had this vision as a little boy of being a footy player when I grew up – captain of Queensland, captain of Australia.

As you get older you think that was just being a kid, it’s a dream … never going to happen.

It’s funny how things have panned out, and milestones like this prompt me to look back on those moments when I was playing in my backyard and pretending I was Wally Lewis or Allan Langer, running onto Lang Park for Queensland or putting on a green and gold jersey.

Then it actually happened!

When I sit back and think about it, it’s almost like a fairytale.

I think 400 games is a good story for our sport.

In the modern game, particularly, there’s a lot of focus on negative stories and I think when someone celebrates 400 games it’s not just about that player, or his club. It’s something the entire game and everyone involved can celebrate.

It’s not just me achieving the milestone. There are a lot of people who have had a contribution and I have no doubt I wouldn’t have reached it without so many people helping me.

‘THAT’S MY FEELING TOO’

I didn’t know it was happening until the last minute, but the Storm organised for the four AFL boys who had achieved 400 games – Kevin Bartlett, Michael Tuck, Dustin Fletcher and Brent Harvey – to come to spend time at AAMI Park this week and have lunch with the whole squad.

It was a great experience being in the company of guys who have been able to achieve something special and I think they enjoyed spending time with our group as well.

He felt that inspired him to have the same longevity, be resilient and stay in the game for as long as he could. He remembered getting to 400 and thinking, ‘I really hope this inspires other people to do it as well’.

As he spoke, I thought, ‘That’s my feeling too’.

I guess I view it a bit differently to everyone else. People see us play on weekends and don’t really understand what goes on during the week to get to that point, but I have lived and breathed every one of those games and the preparation that went into them.

There is always a lot of hard work getting to, and through, an NRL game – especially at the Melbourne Storm!

Every day we now get to go to work at the world-class AAMI Stadium. But it wasn’t always like that.

When we started, back at Olympic Park, it was very basic. Recovery ice baths were just coming into the sport and ours were wheelie bins!

It showed where we stood on that rung of elite sport in Melbourne, at the time, that Goschs Paddock – which is still our training venue but in much better condition these days – was a cow paddock full of divots and weeds.

We loved it though because it was rectangular and had rugby league posts, which were very hard to find in Melbourne.

Cars would drive past but no one hollered out at us. We were more or less unknown, so no one bothered giving it to us.

As basic as our facilities were back then, it was all we needed. In a way, we enjoyed that. The old gym, the hard yards.

When Olympic Park was knocked down and AAMI Park was being developed, we spent some time at Princes Park, based under the old grandstands.

You’d arrive in those mid-season months and it was literally freezing. You’d have a full tracksuit on because it was so cold and, to start your workout, you’d put your hands in the sleeves of your jumper to lift the weights. The steel of the bars was that cold, you’d almost get frostbite from holding them.

WHAT CRAIG BELLAMY TAUGHT ME

Under Craig Bellamy, we were one of the first teams who did a lot of analysis on games and opposition. Craig has always been big on video sessions, which, in those days, were done on a VCR tape recorder.

You can imagine the issues we had with tape and how Craig reacted to them! If something needed to be rewound and they missed the spot. ‘Now you’ve gone past it!’

It wasn’t just the coach’s box where you’d see Craig have his blow-ups. They were just as big in the video room.

Making sure the tape rolled correctly and stopped where it needed to was a job for assistant coach Dean Lance – luckily they were really good mates from their Canberra Raiders’ days.

I moved away from home at 18 and Craig was the constant male figure I saw every day of my life. He’s taught me a lot of things about footy and mindset on my job and how to approach it, and about being a good person as well.

He taught me things totally different to what my mum and dad taught me as a young person, but I think a lot of guys at our club would consider him a surrogate father figure.

Without Craig being a part of my career for such a long time, I don’t think I would have achieved a lot of the things I have.