Wayne is a different style of coach again.

He’s a bit more relaxed than Seibs. He takes a pretty simple approach to everything in the game. He possesses a lot of key insights based on what he has experienced in the game – and he’s won everything there is to win – and he communicates those lessons to everyone well.

Wayne’s very honest. They’re messages you might not want to hear, but you need to hear. He will tell it to you straight. No agendas, no mucking about. If you choose not to listen, you’re letting yourself down. He’s won premierships, State of Origins … the lot.

If a coach of the calibre of Wayne Bennett can’t set you straight, who can?

His honesty is one of his greatest qualities. He pushes the fact that we need to learn from what other players do well, but also from their mistakes, so that you hopefully don’t make the same ones yourself. And that’s off the field as well as on.

Wayne’s a good life coach as well as a good footy coach. He wants to know how you are personally, whether you’ve got any problems that need addressing. I know it won’t be hard to talk to him if I need to. There’s a genuine care there.

That army camp was at least as much about Wayne finding out what was inside us as it was how we were physically. He wants us to be ready for everything the NRL will throw at us and that’s at least as much mental as it is physical.

At the camp I learned I could handle levels of stress, fatigue and pain that I hadn’t had to before.

The player’s role is to have faith in the way the coach wants to go about things and buy into his approach and philosophy. If you do that as a team, you’ll have success more often than not. I’m really looking forward to playing under Wayne and building a relationship with him that helps me become a better player. I can’t wait for the season to get started.

I know Wayne’s approach won’t be the same as how my last coach did it, or the one before that. But that doesn’t matter. There isn’t one way, one idea, to win an NRL premiership. If we’ve seen anything through the years, it’s that coaches of all different styles can lead successful teams. And none have done it better than Wayne. 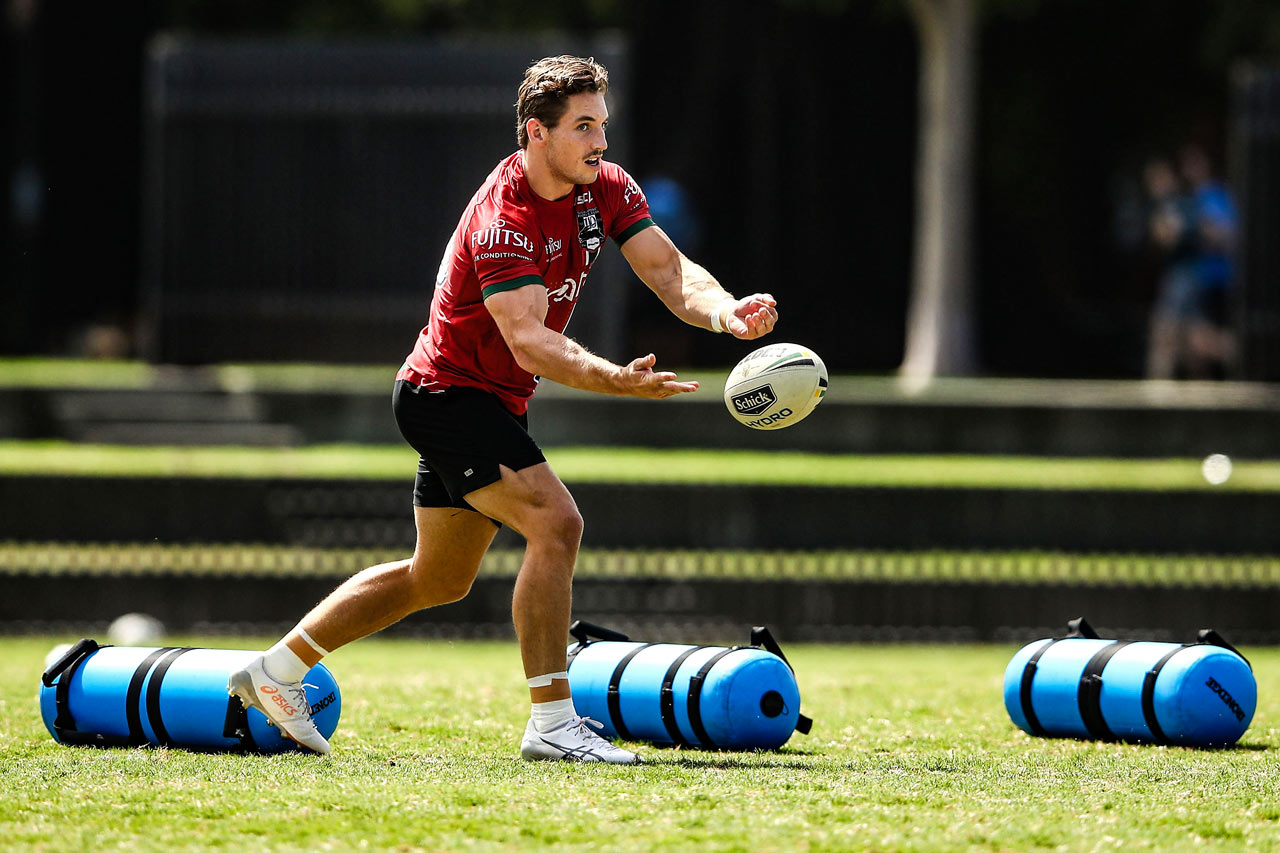 As for me, I don’t listen to what the outside world is saying. People are going to have their opinions on players and teams and that’s all fine. In a sense, it’s what makes the rugby league world go around. But it would only hinder me to get caught up in that. It would just be a distraction.

I’ll keep it simple and do what I need to do to improve my game. I know what works best for me and I don’t read much or pay much attention to opinions unless they’re coming from within the coaching and playing group. Hard work is the best way forward.

I try to present myself as a player on the field and a person off the field that I can be proud of.

I’m always trying to be the best role model for myself and not live a life of contradictions.

That’s my philosophy on life.