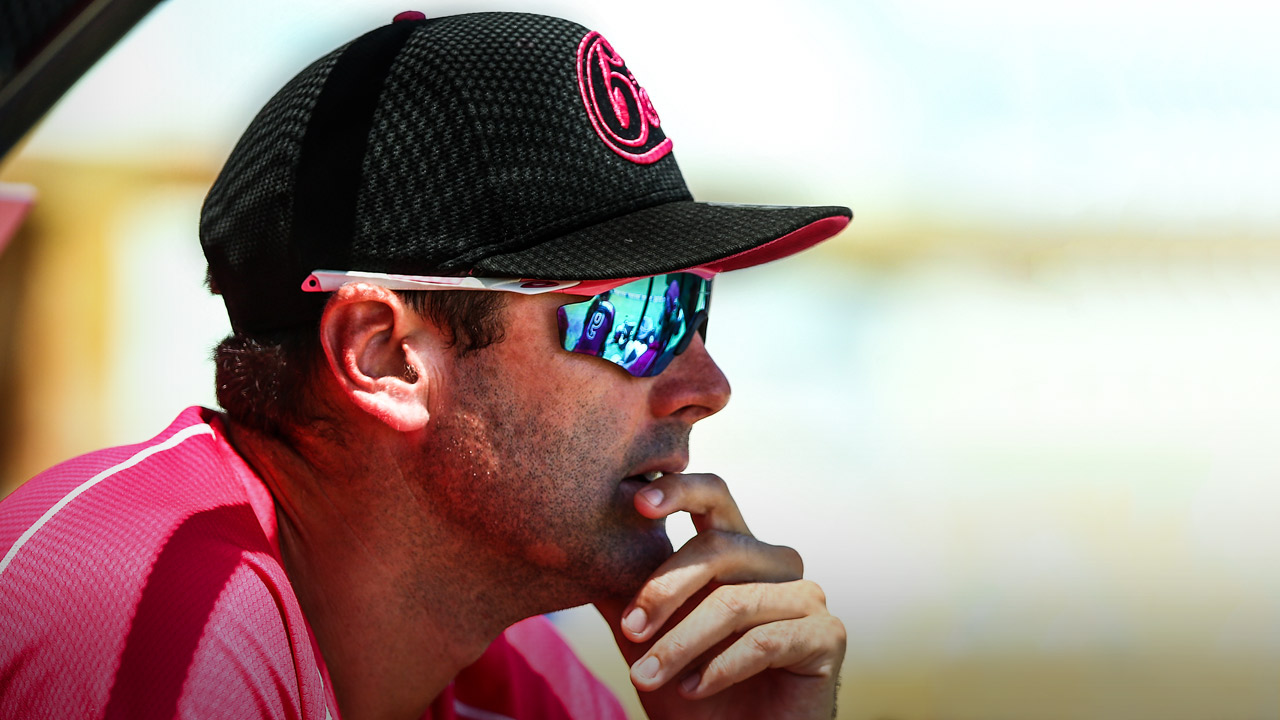 What the Wiggles taught me

What the Wiggles taught me

It’s funny the places you find yourself when you’re trying to become the best coach you can be.

I could hardly believe it when I ended up being given a guided tour of the Wiggles headquarters by Mike Conway, the man who helped turn the kids’ act into a massive global success.

It might seem like a young cricket coach from western Sydney and the business director of the Wiggles would have little worth discussing. But the friendship I struck up with Mike at a coaching conference about 10 years ago has had a huge effect on my career so far and, in many ways, the success of the Sydney Sixers WBBL team, which I coach.

We were at the Adelaide Oval for a seminar as part of my Level 3 coaching certificate. Mike was a guest speaker and I loved what he said.

He talked about how easily he ran the Wiggles, how balanced he kept things. He told the story about negotiating a deal worth tens of millions of dollars with Disney and how simply it came together because he was open and honest with them.

He then talked about how he created a values system for the Wiggles and the importance of having a distinct identity or style that becomes synonymous with who you are. It all struck a chord with me. But that was just the start.

I was in my first proper coaching role at the time, at Blacktown District Cricket Club, which had only been recently founded and was struggling for good results. I didn’t feel it was my place to ask questions of Mike, especially as I’m a pretty quiet person most of the time. But, for some reason after his talk, I thought ‘I’ve got to go and speak to this guy’.

My chance came when a few of us, including Mike, went for a beer after the session. Mike and I had a great chat. I told him I was coaching at a new club and asked him how he would go about creating a culture out of nothing.

He said, ‘Well, I’ll show you. I’ll give you a call on Monday. Come out to the Wiggles and I’ll take you around so you can see what we do’. I thought to myself, ‘Yeah, right. As if he’ll call’. On the Monday, Mike rang and invited me to Wiggles HQ the next day.

I arrived at a big warehouse-type production studio in an industrial complex at Kellyville. From the outside, there was nothing to suggest who it belonged to. But when I walked in, the first thing I noticed was a series of great pictures on the wall of the group doing their thing.

Every picture had an identical frame. The colours in the photos were completely consistent. The words on the walls were all in the same font. Mike explained that it wasn’t by chance. It was done to create an identity that was unmistakably Wiggles. The attention to detail was meticulous.

He said, ‘To start something at the cricket club, make sure the uniforms are consistent and good. Put pictures on the walls which make the players feel good about what they’re doing. Create an atmosphere that lets them know where they are and what they are there to do.’

Soon afterwards, I got my mum to come to Blacktown Oval and use an overhead projector to cast an image of the club mascot onto the wall, which I then painted. I painted the rest of the dressing room in club colours and put up pictures that conveyed the style and identity I wanted us to create.

Now, as Mike said, when people arrived at the ground, they’d know they were at Blacktown District Cricket Club and were there to play good cricket.

I brought those lessons with me to the Sixers. In the dressing room – wherever we’re training or playing – we put up pictures of our special moments, usually a pic of each player in the team doing something good on the field.

The reality, from what I can tell, is that it’s not about gender, it’s about understanding what makes each individual tick and understanding the group as a whole.

We’ve formed a values philosophy which gives us a clear direction: ‘attack, inspire, succeed’. If we play attacking cricket, it will inspire young girls to play and will lead to success. That philosophy shapes all our training sessions and matches.

Even this week, as we’ve been preparing for our semi-final against the Renegades, we’ve drawn on Mike’s influence. Ellyse sent me a message the other night, asking, ‘What’s the theme for this week?’. Whenever we’ve played in a semi-final, we’ve given the week a theme. It shapes the week for us and brings us closer together. Last season I brought in a cheap old clock. The theme became, ‘This is the time of your life’. That clock sits in the dugout wherever we travel.

For a number of years after I first met Mike, I’d speak to him every two or three months. He’d ring to ask how I was going and I’d pick his brains for more brilliant ideas about culture, values and success.