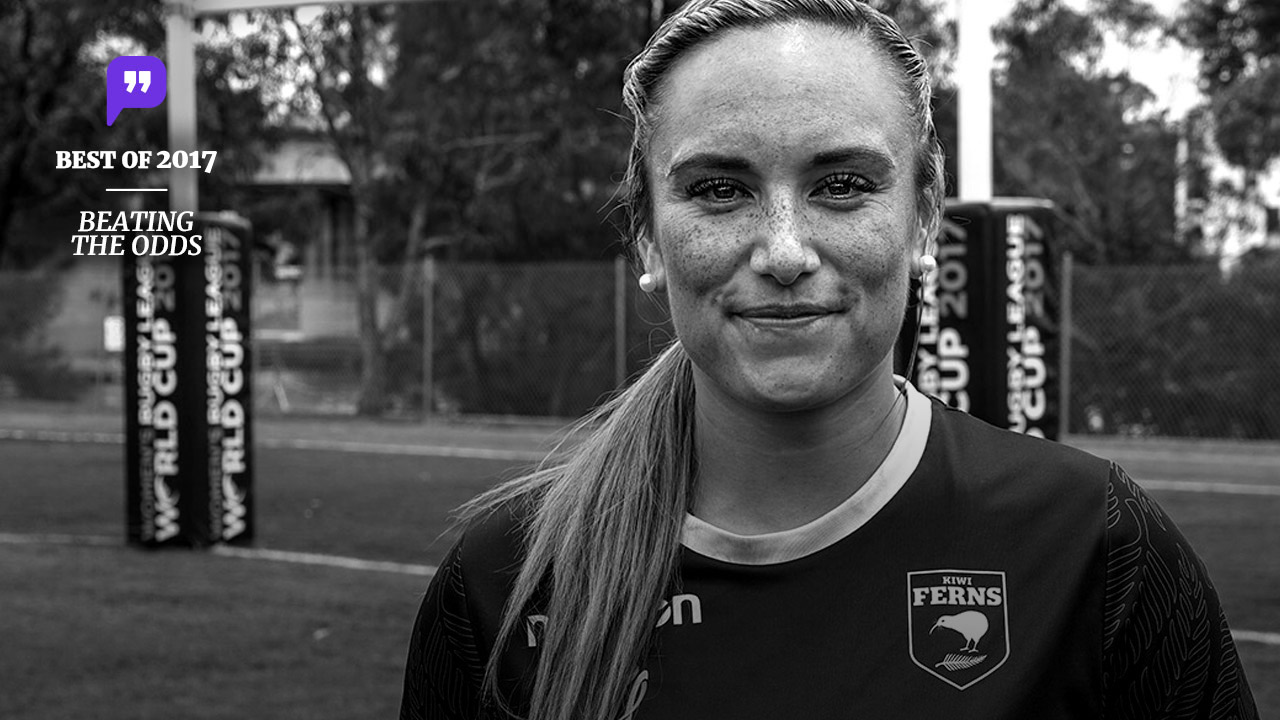 I was hysterical, crying. It was scary. There are no words to describe that feeling.

I didn’t know what to do or what would happen next. Initially, they thought she had meningitis but they came to learn that it was an issue with her kidneys.

Tests showed that it was congenital nephrotic syndrome – the same condition Jonah Lomu had.

That basically meant her kidneys were leaking. She was losing all the good proteins, causing imbalances in her system. She was put on dialysis before surgeons were able to take out her kidneys one-by-one.

Nikayla’s Dad gave his kidney for the transplant. That was special and it stabilised her condition for a while.

But, three years on, things aren’t going as well as we had hoped.

My bad eye will turn white in the next five or six years. It’s a cataract from the initial surgery. I could have it cut out, but that would most likely mean having to quit footy.

The eye would be too weak to stand up to heavy contact in games. I won’t be taking it out until after I retire. If the eye ever started interrupting the way the team plays, I would put the team before myself in that situation. I’d quit.

The last thing I would ever want to do is let them down.

I’ve had the good eye poked in games. It makes me think about Maiya and Maxom, my kids, and Tanyssa, my wife, and that fear I mentioned earlier about not being able to see them again.

It’s a risk I’ve got to take. I’m grateful every time I come off the field in good nick. It’s just the responsibility of being a husband and a parent.

I love them more than anything.

The doctor made a decision that might have saved her life. He rolled her onto her stomach. That allowed the fluid that had built up in her lungs to drain.

The week Audrey was intubated was the longest week of my life. I didn’t sleep even though I was exhausted. And I didn’t eat for most of the week, which is very unlike me. I was juggling meetings with doctors, spending time with my three- and one-year-old boys and generally just trying to keep it together.

Harvey was old enough to know something was wrong. I kept trying to reassure him by saying, ‘She’ll be home soon.’ But I didn’t know if that was true.

When Audrey finally woke up, I can’t remember exactly what I said. I was a sleep-deprived mess and she wasn’t strong enough to lift the phone or even speak.

The day she was taken off the breathing machine I remember breaking down crying with relief. I later backed my ute into a pole reversing out of the hospital. I didn’t care or react.

There was a massive list of painkillers I had to take. A lot of that stuff is really addictive and can really mess your life up.

When you’re in pain for 15 hours of the day you’re desperate for that two-hour break. Two hours of feeling normal. You just want to escape where you’re at.

Endone was probably the biggest one for me and the hardest one to get off. It puts you off with the pixies.

I can understand completely now how people can get hooked on painkillers. You need good people around you to help you get off the stuff.

It’s the ninth round and Manny Pacquiao is circling, trying to finish me off.

I’m pretty much out of it at one point. I get hit and dodge a couple of punches. I’m looking, moving, trying to stay aware of what’s coming.

There’s a blur in my right eye. I don’t know if it’s the blood dripping into my eye, or from getting smacked straight after a punch, or straight after a head clash that it happened. Whatever it is, it isn’t good.

It’s the moment every fighter fears. You’re on the biggest stage of your life, the world is watching, all your hopes and dreams are playing out in the space of a few short rounds.

Now here I am, in trouble, and with Pacquiao chasing me down. 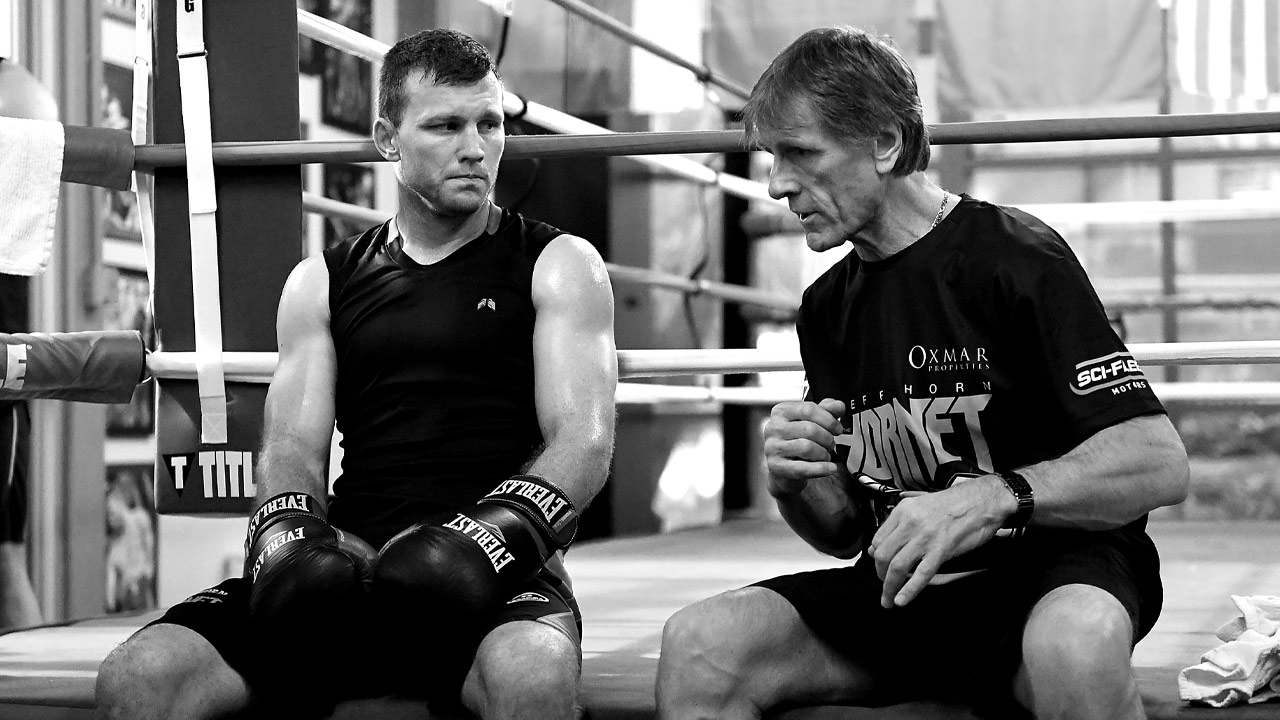 Jeff Horn doesn’t usually watch back his fight losses. He made an exception this time, after his loss to Michael Zerafa, motivated by criticism of the role played by his trainer Glenn Rushton.