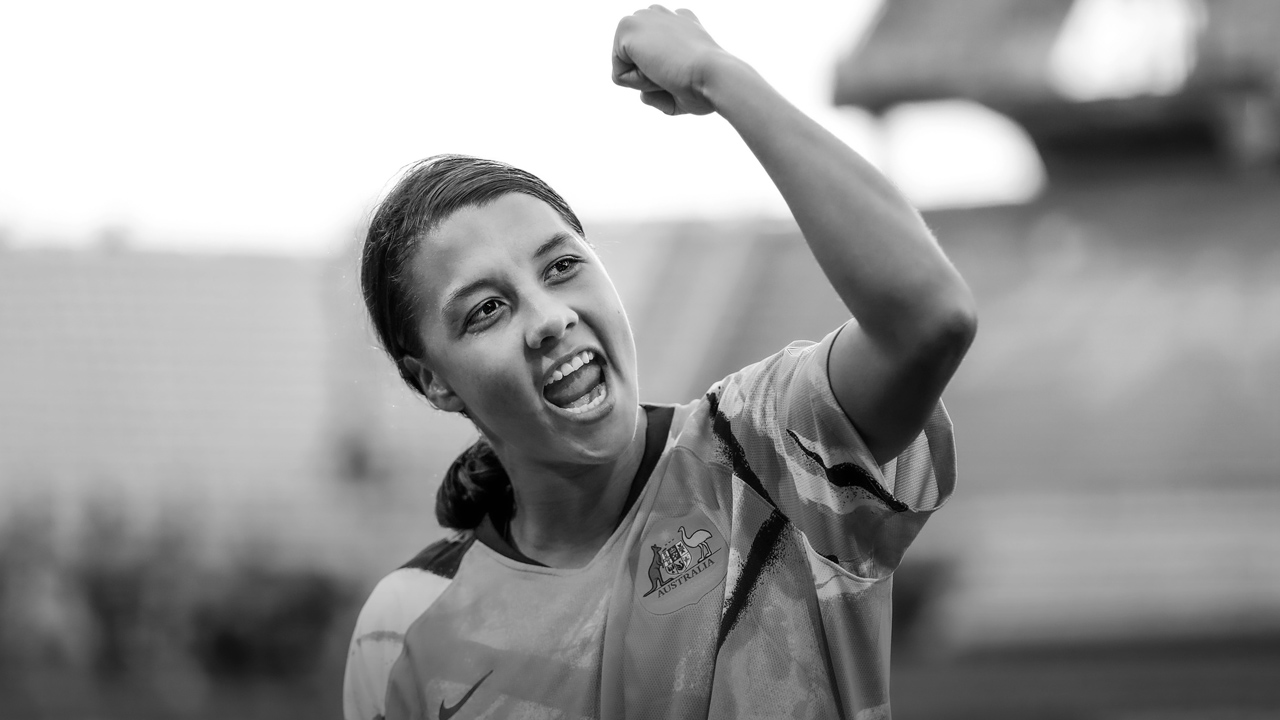 I thought it was a stitch-up.

I got a phone call from the marketing manager at Hyundai and he said, ‘Are you aware of the Matildas?’ and I said ‘Yes…’

He said, ‘I believe you know Sam Kerr’, and I said ‘Yes…’ I was sure it was stitch-up. This is not happening.

I was told they picked out four players for the previous men’s World Cup, where the players wrote letters to someone who had played a major role in helping them get to that level.

They did the same for this World Cup and they said Sam had chosen to write a letter to me. I didn’t understand what that meant.

As a strength and conditioning coach at the Australian Institute of Sport, I had worked with Sam for five or six weeks four years ago as she fought to overcome a knee injury in time to make the 2015 World Cup.

Since then we haven’t crossed paths to talk, had no communication at all.

I hadn’t seen the Socceroos version of the ad, so when he sent the link through and I saw them, I thought, ‘Oh my, she remembers me?’

And she would have gone, ‘Oh yeah, what’s your name again’? That’s how I would have expected the relationship to have been.

Then she writes a letter. And of all the people she could have written to, it was me.

I haven’t seen the video. I can’t watch it. I’ve seen snapshots but not the whole thing.

I will at some point but I can’t right now. I haven’t figured out why yet.

The day of the shoot was emotional, draining and I know the story behind it and how it went down. I don’t know, I’m just not comfortable watching it.

Friends and families and work colleagues have all been positive about the video, for sure. My wife loved it, told me to watch it.

Your friends say, ‘Wow, man, you meant a lot to her’. And I say hopefully I mean a lot to a lot of people I work with, not just Sam.

It’s a weird thing and I don’t know what it means. When talk about the letter gets brought up, it almost brings me close to tears again.

I was emotional when I read it. The initial shock was because it was handwritten. I was expecting a typed, ‘Dear Aaron’.

You read someone’s handwriting and you think, ‘Wow, that’s personal. So special.’ No one does that anymore! You’re used to getting a text message with a few emojis.

That hit me. This is real. The other part that got me is there were crossed-out bits on the letter.

Like she went to write something and then thought, ‘No I want to say something else’. There was a lot of thought that went into it. Personal and emotional thought. It pulled on my heartstrings.

Must’ve been hard for her

I’ve got so such admiration and respect for Sam and how she went about business when she was here at the AIS, and she’s just kept on going.

When she came in to work with me, she wasn’t this ‘Sam Kerr’ then. She was the, ‘Yeah, she’ll probably be able to help us out a bit at this World Cup, can we try and see if we can get her better Sam Kerr’.

She was shy at the start. I’m pretty shy when I first meet people, so we didn’t talk much that first week.

But I had spent 10 years in Perth so we had that as an icebreaker: ‘Where did you live? What beaches did you go to?’ That started us off with a bit of a connection. There’s usually a period of opening up and becoming more confident.

By the end of it, might have only been a week, you got to see the fun side of her, got some laughs. But there were definitely some dark moments at the start.

She was in this city she wasn’t from, on her own, spending three to four hours a day with this bloke who probably tells really bad jokes.

It must have been really hard on her. And she’s possibly thinking my World Cup dream is gone here.

You tell Sam she can’t do something, or you challenge her and she’s not sure if she can do it, she will give you a look, almost a ‘death stare’. It’s a look that can be quite scary.

One of those looks where words aren’t required to know what she’s thinking. And you know the thoughts coming your way aren’t positive.

You’re in the war zone and she’s breathing fire at you. You get that look and then she’ll immediately switch to ‘right, I’m going to show him.’

Her burning desire to succeed is there for all to see.

I’ve watched their games. Like lots of other football fans, I’m struggling at the moment because of the time difference, waking up at 5am or 2am.

My admiration was only strengthened by her comments about the ‘haters’. I viewed that as her being a leader.