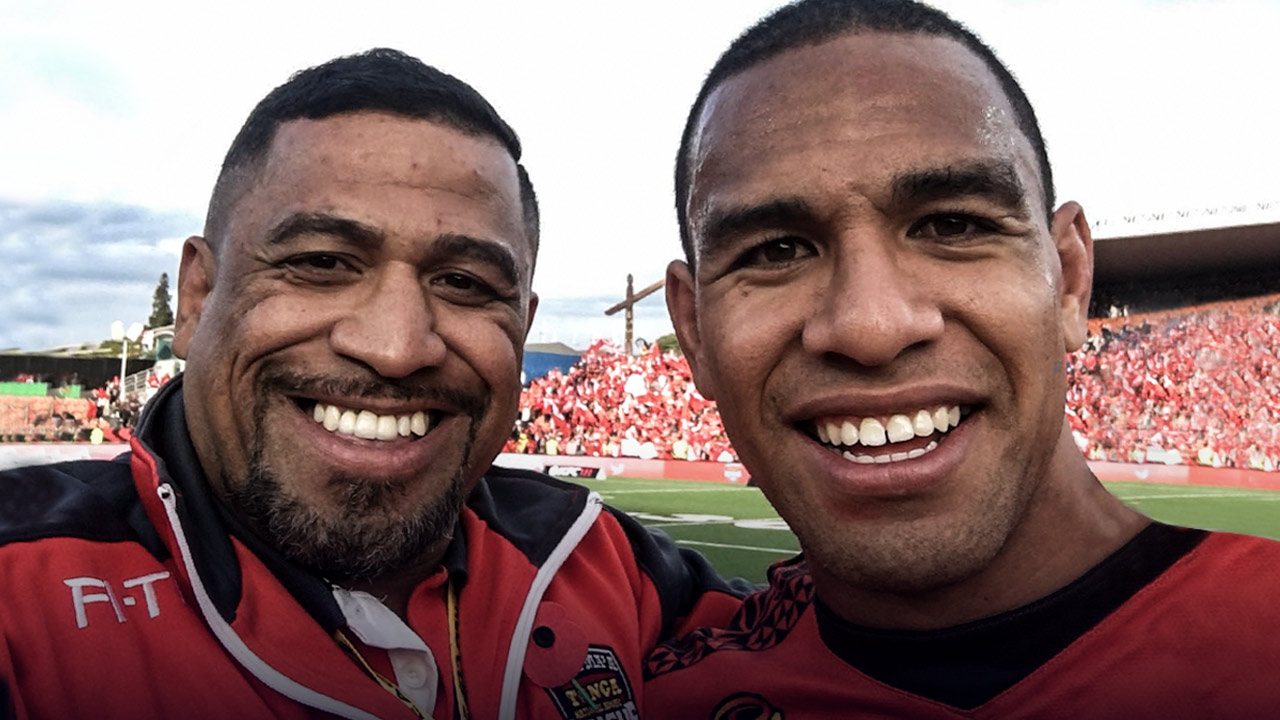 Learning what not to do

Learning what not to do

Many fathers teach their children by example. They reinforce parental messages by showing their children what to do and demonstrating how to live their lives.

My dad took the opposite approach. He showed me exactly what not to do.

John Hopoate was the crash test dummy of our family.

Some people have asked – and I know many more have wondered – in relation to my dad and I, ‘How did the apple fall so far from the tree?’ And I can understand that because, in contrast to the old man, the biggest drama I’ve been involved in thus far has been deciding to take a break from rugby league to serve a mission for The Church of Jesus Christ of Latter-day Saints.

I’ve asked dad why he played the way he did. He told me he was just naturally aggressive and wanted to dominate and intimidate his opposing player. I know he didn’t intentionally go looking for controversy, so when penalties came up for misbehaviour, it did frustrate him.

But I think what frustrates him even more is my even-tempered play. ‘Get aggressive!’ ‘Get angry!’ ‘Elbow him back if he does it to you!’ I’ve heard him call these instructions out from day one … but I don’t know, aggression or anger is just a hard emotion for me to find. So I just do me.

There’s no straightforward answer to why we are such different personalities. It’s confusing for many people, and sometimes even me. What I do know is that I wouldn’t be who or where I am today without the help of dad.

Has he made mistakes? Yes.

Has he done dumb things? Sure has.

Does he have a short temper? Absolutely.

But you could say the same of a lot of people. They just don’t have the profile of dad, so their mistakes don’t draw the same level of attention.

The purpose of writing this article is to share valuable principles that I’ve learned from ‘the most suspended player in NRL history’. They have instilled in me confidence and helped me to be in the privileged position I’m in today as a husband, father and NRL player.

These principles include humility, resilience and, believe it or not, faith in Jesus Christ.

THE IMPORTANCE OF HUMILITY

I grew up in the northern beaches of Sydney and dad played the majority of his career in the area with Manly. We moved a couple of times within the peninsula, but no matter where we lived every room was shared by multiple people.

We lived comfortably, but humbly.

I’m one of 11 children – and there aren’t many 11-bedroom homes around! Our places were usually three-to-four bedrooms and we’d expand that out by a few more rooms by converting the garage, living area and lounge into bedrooms in the evening.

We’d have mattresses under bed frames that we’d pull out in the evenings to create extra beds. That was always a useful trick. Sleeping two people per bed or couch was normal. The youngest ones floated around each night depending on who they wanted to bunk with.

Dad was born in Tonga but grew up mostly in Australia. He is one of eight children, so he knew what big families were all about. Mum also grew up in Tonga. Food was limited when she was younger and she hated it when we would waste it. She kept everything in order and us kids in line.

We had a rule in the home that we couldn’t play if we didn’t finish all of our dinner. Being a typical, active boy wanting to go out and run around, I’d sometimes tip my food in the bin while mum wasn’t watching and show her my empty plate. I thought I was free to play, but moments later I’d hear my named called out in that mum-isn’t-happy-I’m-in-trouble tone – and then I’d be eating the food I’d thrown away out of the bin.

So, yeah, I learned not to waste food and be grateful for it.

Dinner was usually a couple of kilos of meat chucked in the grill to be eaten with bread. Sometimes we were told to find something to eat ourselves, which pretty much meant meat pies or mi goreng noodles. I laugh thinking about it now. Meat pies and noodles was my diet when I cracked first grade!

As a kid, dad would take my brother, Jamil, and I to boxing training before school. It kept us active and taught us a form of self-defence. He would tell us, ‘Don’t ever think you’re tough and start trouble when you’re out and about – but if people start trouble with you I want you to be confident in defending yourself’.

Well, I hope people don’t mess with me today … because I still have no idea how to throw ‘em!

There’s no straightforward answer to why we are such different personalities. It’s confusing for many people, and sometimes even me. What I do know is that I wouldn’t be who or where I am today without the help of dad.

Dad would always tell me to be humble off the field, especially after a big game or when I’d make a junior rep team. I remember being cocky before one under-16s game playing for the Manly region in a local Sydney round-robin comp and telling him our team was too good for the opposition. ‘It will be an easy win,’ I said. Dad wasn’t having any of it. ‘Shut up, don’t think you’re mad and play hard,’ he told me. We almost lost that game.

Dad never was one to beat around the bush. He’d say, ‘No one likes to hang with people who are full of it and who are up themselves, so don’t do it.’

That was a message he drummed into all my brothers.

I’ve strived to apply that in my life. I’ve learned that humility isn’t a sign of weakness. Rather, it’s a strength. It’s the recognition that I wouldn’t be where I am today without the help of my family, friends, teammates, coaches and God.

The bum-poking incident turned out to be a great example of John’s resilience.

I didn’t realise it at the time but, looking back, I do now.

His old teammates have since told me the whole thing was supposed to be a prank to watch in team video sessions. It ended up costing him his personal brand for life, pretty much.

It was a difficult time for our family. I was eight years old – my other siblings were six, three, two and a newborn – and I’d wake up to dozens of media people camped outside our home every day. I couldn’t jump on my own trampoline on the front deck. The curtains were closed and, when we left the house, we were followed.

The moment we walked outside, cameras started flashing, reporters would be shouting questions and the circus would begin.

People driving by would stick their fingers up and dad, having a short temper, would chase them. Kids at school and opposing sporting teams would ‘poke’ fun at me. My family was all over TV and the back and front pages of the newspaper.

It wasn’t a great period.

Dad was being portrayed like he was a murderer, which confused the heck out of me, because that was nothing like the man I saw at home day in, day out.

I was actually more afraid of mum than my dad. Their roles seemed to swap at home. Dad would do the dishes, vacuuming and cooking and mum would do the disciplining. Whenever there were disagreements between the two of them, it would always end up with dad doing chores around the home in an effort to please mum. I laugh now, because I seemed to have somehow followed suit with disagreements between my wife and I!

In the midst of all this drama, dad still made the time and effort to drop us off and pick us up at Dee Why Public School as well as training and games with the Manly Cove Rebels. He put our family interests and needs before his own.