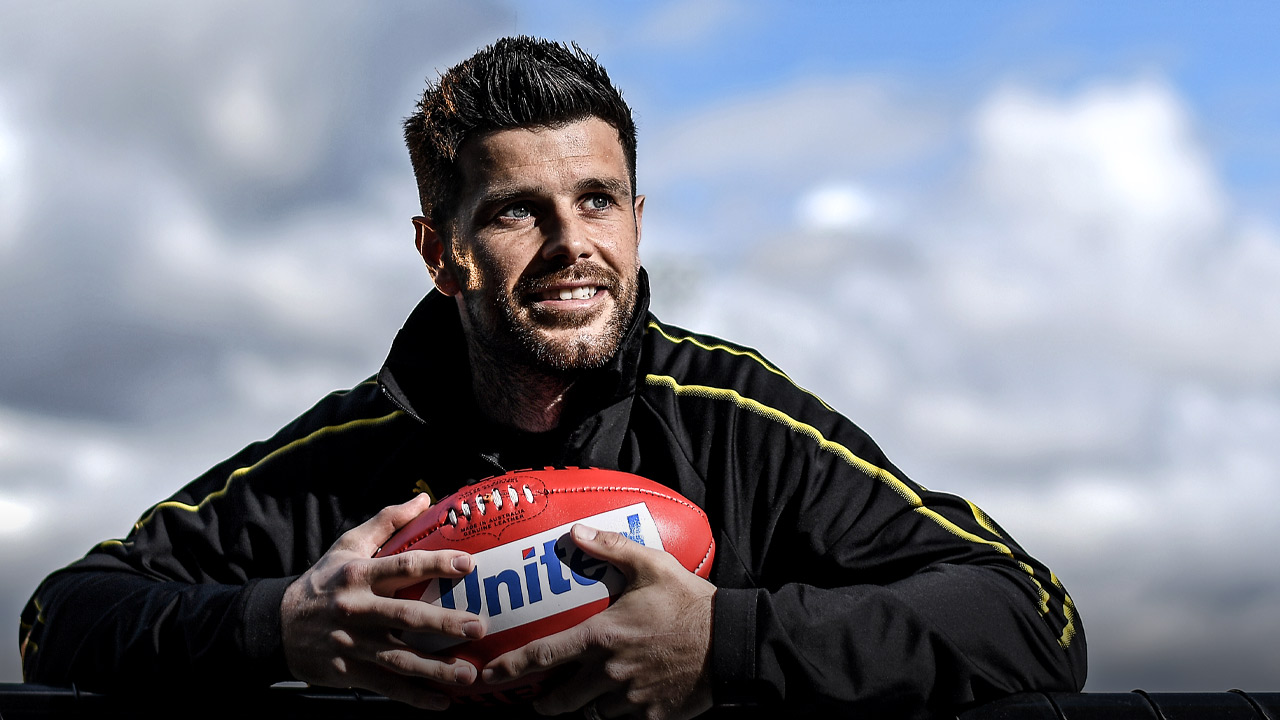 The ones who put me back together

The ones who put me back together

One of the biggest lessons I’ve learned over my leadership journey is about the perfection myth.

At the start I thought that as a captain you needed to show the perfect example. Now I believe you need to be true to yourself and true to others.

That allows you to have great relationships, and therefore opens it up for teammates to have the deeper conversations with you.

You need to give permission to guys to be honest about anything and everything in their lives.

Society has done so well recently in giving people permission to speak openly about mental health, but with gambling there’s room for improvement, including within sports clubs.

Whereas mental health has had the stigma stripped away, I sense with gambling issues there may still be that embarrassment around the ownership of it.

I guess if you find yourself on that path of gambling addiction, and end up in a pretty bad place, there is still a lot of shame attached with either the loss of money, or damage to relationships that are really important to you, because of those actions.

The AFL does a good job with education around gambling issues, and players are restricted from doing any wagering on the game, which makes a lot of sense.

At Richmond we make sure that anyone who feels that gambling – or any other issue – is getting out of control for them, knows they have permission to talk about it and the right advice and help can be given and the person can be supported.

I think that’s an evolution in our culture. Guys feel it’s okay to ask for help. Anxiety and shame, as soon as you start to own them and talk about them, have way less power over you, and then people can help.

The scary thing with gambling addiction is that it escalates quickly and can get away from you before you realise the impact it’s having on your life and others in your life.

There are a number of factors that can send you down that path. For a start, high incomes, without a secure financial plan, give players disposable cash that’s just sitting there.

These days there are more avenues to either reach or communicate with players with regards to social media and a lot more access to gambling, whether it’s with apps or online pokies, and the like.

Anxiety around performance and looking for a way to switch off is another. It’s really hard as an AFL player to escape football, and maybe sitting on the couch and having a punt gives an opportunity for guys to get their minds out of the sport for a while.

For some, maybe it’s a substitute for the feelings they get from playing a game. The arousal and so forth, from backing a horse or putting a bet on an NFL game, may give them that same feeling they crave every weekend.

I think the message for people battling gambling addiction is the same as it is for other issues they might face – you are not alone. There are a lot of people who are challenged with the same scenarios.

There’ll always be someone that’s been through the same situation you’re going through, no matter how hard it is.

As a leader I think you should have a pretty good understanding of what’s happening in your group and the courage to have conversations on a regular basis. I have a lot of trust in my teammates and I think that’s a real strength of ours.

Proud of the way she stood up for me

When I was younger, I loved to go to the Spring Carnival and put a few dollars on the horses with the boys. It was the done thing, and a bit of a thrill. It was always pretty good weather, a nice day out with your mates. But I learned quickly that you lose a lot more than you win!

Most guys in the AFL are between 20 and 30, and they earn a good amount of money compared to their peers in other walks of life.

Young males are open to risky behaviour, whether that be gambling or other facets of life. And that’s all of them, not just footy players. But we’re in a great position to help educate our people to make better decisions.

And if you’re aware that someone is gambling, it’s important to check in to make sure it’s not more than a little hobby, or a bit of fun for them in their downtime, rather than something that they rely on, week to week, to get them up and going or pass the time away.

I may not have had issues with gambling, but I’ve certainly had times in the game when things were tough, and I needed help.

In 2016, we had had our second child, and I don’t fully remember the first few months of her life, which saddens me to think about it now.

We were struggling on the field, Richmond legend Neville Crowe died and, as I’ve said before, I felt I was trapped under a black cloud at the end of that season. I got to the end of 2016 and that was probably rock bottom for me.

I spoke to my wife Brooke’s dad, then Damien Hardwick at Neville’s funeral and from those conversations, where we shared pretty raw emotions, I sought help from Ben Crowe, who has become a very, very good friend.

I share a lot with him and have learned a lot from him. One thing he said to me at the time was that your greatest lessons come from your darkest times, and it certainly had been the case.