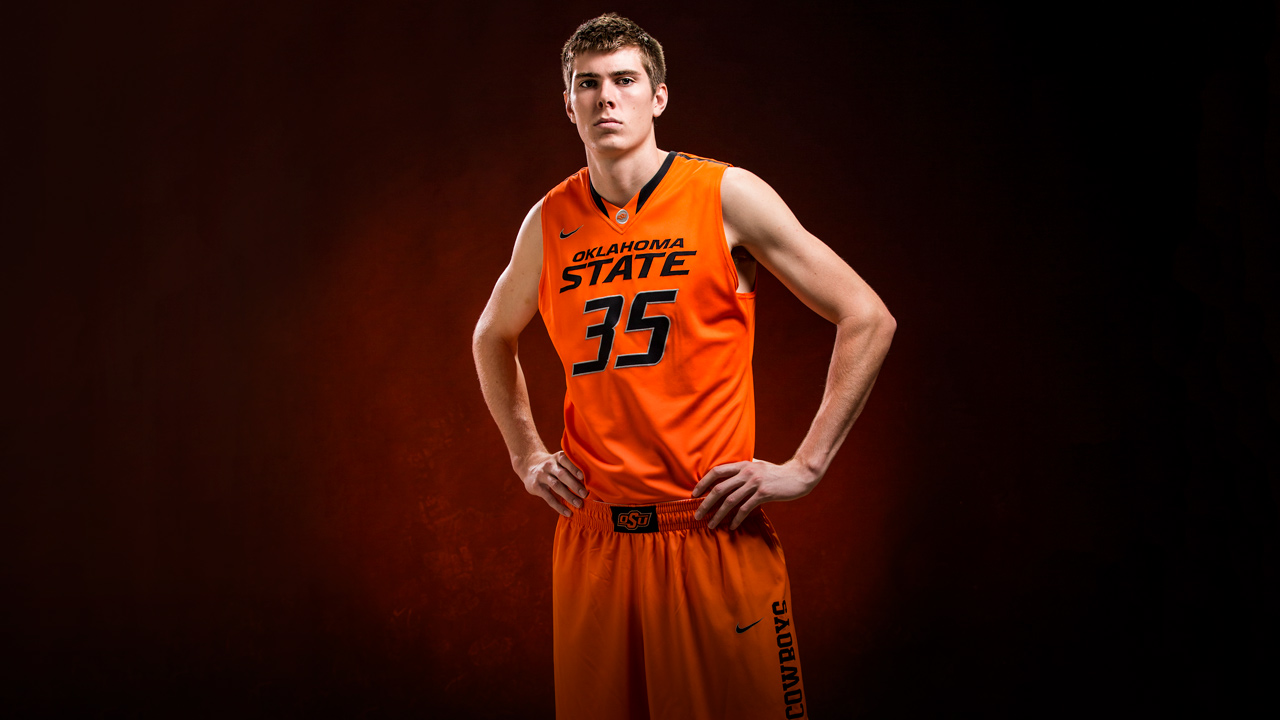 The conversation I wasn’t expecting

The conversation I wasn’t expecting

I still remember the day you walked into my office at Oklahoma State University, looked me in the eye and said, ‘Coach, I’m going to Los Angeles to try out for Australian football.’

And then you told me that you’d never played the sport, never even watched it, but were going to give it your best shot. Let’s just say it wasn’t a conversation I’d been expecting!

But you know what hasn’t surprised me in the slightest?

The fact that you’ve made a success of it.

If I’d had to name one person who could’ve pulled off a sporting transition as wild as this – of all the players I’ve coached through the years – it would’ve been you.

You’re athletic and tall, but that’s not what sets you apart. The world has plenty of big guys. No, your great gift is your intelligence and ability to figure things out. It’s a rare thing.

You joined Oklahoma State’s men’s basketball program as a walk-on mid-season. You hadn’t really played our game seriously. You were a soccer guy. But you worked basketball out. Plays, tactics, body positioning. These are things that some guys take months to learn. Not you. You got across it in no time and held your own on a team that would produce several very good NBA players.

Match that up with your outgoing personality and competitive streak and you have a winner, plain and simple. I thought that success would’ve been in the corporate sector by now – you turned down some very good job offers in the States for this adventure of yours – but instead it’s in a sport played in one country, on the other side of the world and hardly ever spoken about where you’re from.

I mean, I’ve known the occasional guy who has switched from basketball to football, American football. Some have even made it onto NFL teams. But their victory was getting there. They didn’t play much, if at all, once they made it to their destination.

From everything I’ve read and seen, you haven’t just made it in the AFL. You’ve excelled.

I’m told our old OSU colleague Keiton Page shared the story about the day you guarded Joel Embiid. He couldn’t quite remember why I put you two together in such an important game.

I remember it well. I’ll tell you why I did it.

You had earned the right.

You’d exceeded all expectations as a walk-on. You’d trained hard, played hard and brought great energy to our team. And you did it while having to skip the occasional practice when it clashed with your engineering studies.

If I’d had to name one person who could’ve pulled off a sporting transition as wild as this – of all the players I’ve coached through the years – it would’ve been you.

When I called you into my office that week to tell you to be prepared to play, you didn’t hesitate.

So when the opportunity came to put you in against Embiid in the Kansas game, I thought, ‘OK, let’s do this.’ You were never a guy I worried about. You’d find a way to get it done.

You and Joel were similar in terms of height, if not width. The plan was to send you out there to compete for two minutes, then sub you off. But once you got in the game, you made a positive impact.

I wasn’t afraid of the match-up and neither were you.

So we left you out there longer.

You rebounded the ball and blocked a few shots – big, big plays in a Big 12 game against competition like that. The YouTube clip of the crowd rushing the court after the game, with Markel Brown on your shoulders, is pretty special. That was a great day.

Our lives have taken different courses since then. I’m with St Louis now and the Billikens’ first official practice is around the time you’ll be in Melbourne, Australia playing in an AFL grand final.

What a wonderful experience that will be in your life. You’ll cherish it forever.

My advice to you would be the same as any game you played under me at OSU: enjoy the moment, embrace it, keep doing all the things you’ve done to get there.

Just don’t ask me for technical advice. In all matters AFL, I’m not the guy!

The world has plenty of big guys. No, your great gift is your intelligence and ability to figure things out. It’s a rare thing.

From the clips of you I’ve seen competing over there, Australian football looks like a very aggressive sport. The crowds are huge and they really get into it. It’s fun to watch, even on this side of the world. I might not know much about your game, or how it’s played, but one thing I can say with confidence from our shared experience at OSU is that the occasion won’t overawe you.

If anything, that big stage will bring out your best.

Another thing I’ve picked up watching your highlights on Twitter recently is your accent.

It’s funny. I was in my office watching an interview with you the other day with your former teammates, Ford Stuen and Phil Forte, who are over here with me in St Louis now. We heard your accent and couldn’t help but laugh. How quickly these things change! I know it’s been a few years since we last spoke on the phone, but I wasn’t expecting that!

But seriously, the most exciting thing for me sitting here in Missouri and watching all this unfold from afar is not what you’ve done (as impressive as that is). It’s where you’re heading. Your journey in Australian football is only a few years old and you’ve already come so far.

Keep going. The possibilities are endless.

This could be the experience of a lifetime.