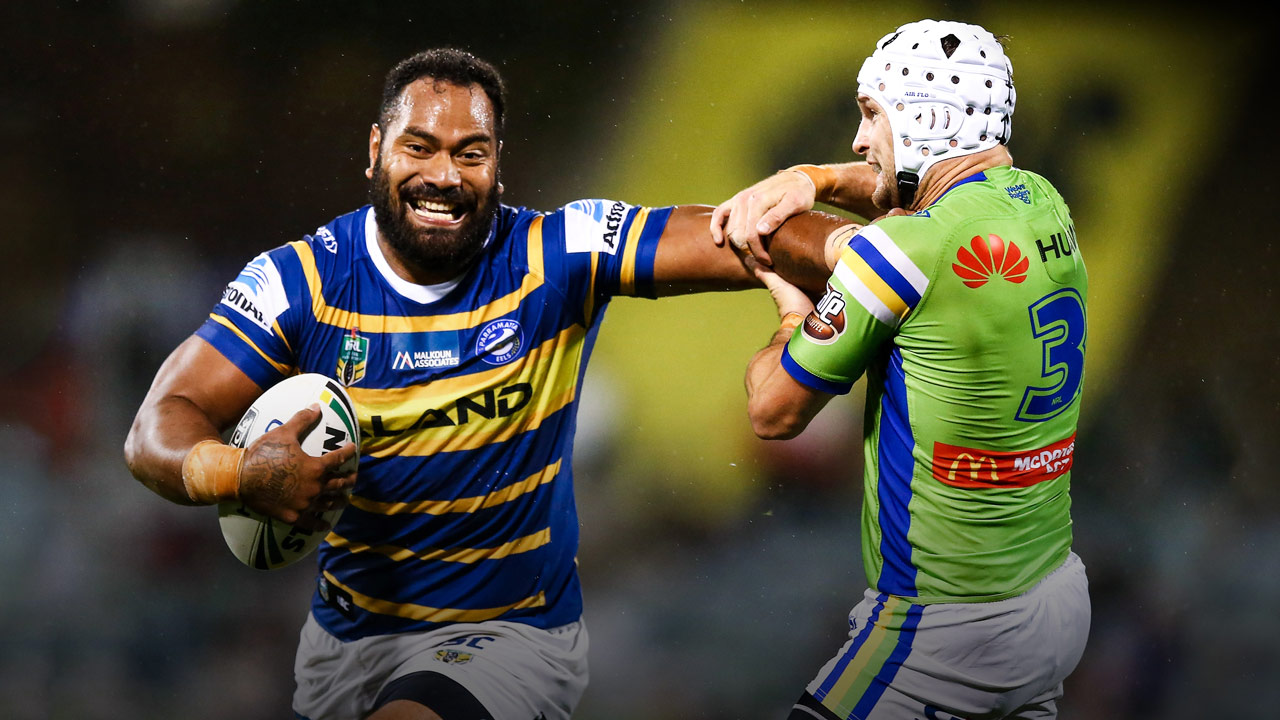 The reasons I’m playing on

The reasons I’m playing on

I wake up every morning, look at my partner and kids and know I have to play again.

The thought of providing for them will get me through this.

Another knee reconstruction, another season lost. It’s frustrating and depressing. I have only managed six NRL games in the past two seasons. But I know I have to keep going, to keep on playing for my family.

Playing football is what I do. It helps me be the best partner I can be to Seda Faith and the best father to my son Tremaine and my daughters, Tayana and Teleah, who are 18 months and eight months old respectively. Football puts food on our table, pays our bills and prepares us for the future.

Some guys in the media have all but said my career is over. They think that because I’m 29 years old and about to undergo my second knee reconstruction in as many years, I’m done.

But in my mind I know that’s not the case. I aim to keep playing for three or four years minimum. I just need to get my body right and have the opportunity.

I’m a dad. I have a responsibility to my family.

I can’t think of anything more motivating than that.

T-Rex back in action! #blueandgold

I know I was on the right pathway back to the top. Things didn’t work for me at Cronulla and when Parramatta threw me a lifeline, I grabbed it.

I was grateful I got the chance to stay in the NRL. I made my first grade debut with the Eels back in 2008 and it has been a long road back there via the Sea Eagles, Bulldogs and, as of last season, the Sharks.

I love this club. It gave me my first chance, and now it’s given me a second.

I poured everything into getting it right this season. This was going to be to be the year I came back and showed the type of form people know I can produce. I just got unlucky.

At exactly the same time last year, I did my left knee. This time I have damaged my right one and, looking at the video, anyone caught in that tackle against the Tigers would have suffered the same fate as me.

My knee went the other way. It was the classic ACL injury, although I didn’t know it at the time. I was hoping it might have been a medial ligament problem, not too bad.

A few minutes later, the knee caved in under my weight and I knew there was something seriously wrong. I’ve been down that all-too-familiar road. ACL Avenue. I just want to have the surgery on Tuesday and get stuck into the rehab to be ready to go in the 2019 pre-season.

Football puts food on our table, pays our bills and prepares us for the future.

It’s another hurdle I need to get over. There have been a few in recent times. In addition to the knee reconstructions, I’ve also undergone two ankle surgeries and suffered a pectoral injury in the past three years. That’s sidelined me for almost 18 months all up. If there’s a positive this time, it’s that I’ve been told this is not as bad as the injury I had on my left knee last year.

This season has gone for me. I’ve got to accept that. We haven’t spoken about contracts but I’m hoping that I do get another opportunity with Parra. At this moment, I just want to have successful surgery, get stuck into the rehab and get ready for the 2019 pre-season.

It was a blessing coming back to this club. I played my junior footy here and made some great mates back then. Many are still here today like Jarryd Hayne, Tim Mannah and Michael Jennings.

The club itself has supported me and I’m very lucky to have Brad Arthur as my coach. He believes in me and what I can do. There’s no doubt he took a bit of a risk in signing me given my recent injury history and I am still confident I can repay him for that.

I’m also fortunate to have been in the hands of a really good medical crew at Parramatta.

When this injury happened, they were probably as devastated as I was. They saw how hard I had worked to get back during the last pre-season and they were with me all the way.

With them on my side, there’s no reason why I can’t get back.

‘GO BACK TO CHURCH’

My parents, Ufi and Tony Senior, are fantastic. They’re enthusiastic and supportive in everything I do. We are a very religious lot, devout Christians.

When Mum learned I had hurt my knee, she called and said, ‘Tony, you haven’t been going to church lately – you have to get back there’.

True story. Not ‘That was unlucky, son,’ or anything like that. I guess she thought me not attending church enough had played a role in me getting injured. That’s what mums do! In saying all that, Dad was pretty upset. He probably understands the position the injury has put me in.

Me? I’m thinking that God has a plan. That this happened for a reason. It’s just another obstacle to overcome. I’ll keep believing and trust the process.

I’ll be turning 30 in December and I’ve played 170 NRL games. That’s relatively low mileage for a footy player. The important thing is to take care of the body. Doing the right stuff off the field is going to play a big role in how long you play.

Post-surgery, for the first month or so, I’ll be able to do a couple of hours of rehab work every day. The swelling has to go. You have to get the range back in the knee, get the quads firing, the hamstrings working.

You then get into the strengthening. Then the running starts after about three and a half months. Then come drills for change of direction, that sort of stuff.

Sadly, I know it too well.

Not many people thought I’d return to first grade so quickly. We surprised a few people, and a few critics, which was one of my main goals. The Parra medical team put in a lot of hours – and then some more hours on top of that – to help me. I’m eternally grateful to Louis Chidiac and the whole high-performance unit, especially the physios.

I’m also thankful for Charlie Ibrahim, a very special friend of mine who was there for me when I was down.

When I’m more mobile, I’ll be going out of my way to do all the right things.

And yes, Mum, that includes going back to church!

HOW I BECAME T-REX

It might have occurred to you that my surname, Williams, is not a very ‘Tongan’ name.

My father’s second name was Teaupa and to settle in quickly, he changed his surname when he moved from Tonga to New Zealand. Why Williams? Because William was his father’s name.

Tony Williams has been my name from birth but, on a daily basis, I answer to T-Rex. Here’s the reason why.

When I was a young guy – brand new to Parramatta first grade – Feleti Mateo was one of the senior Eels’ players. He took one look at me and said I was as big as a dinosaur.

The Parramatta halfback back then was Brett Finch. He chimed in and called me T-Rex. The name just stuck.

Kids sometimes come up and ask for my autograph. I think they expect to see T-Rex but I sign Tony Williams. Some of them walk away with a strange look on their face.

When I finish playing, whenever that is, I’d like to be able to work in junior footy, to be able to contribute in that way. If that doesn’t work, I have a goal to one day own a fitness gym. I’ve done my certificate in sport and recreation and I’m also in the middle of a business studies course.

With this latest injury, I’ll definitely have the chance to finish that course. I’ve certainly got the time now! If I do get another contract, I plan to use it as an investment for the future.

With a young family to support now, I firmly believe in planning for life after footy.

I just hope that isn’t for a while yet. If anything, all the time on the sidelines the last few years has given my body a break from the heavy impact of playing rugby league. That gives me reason to be optimistic. I just need a chance to prove it.