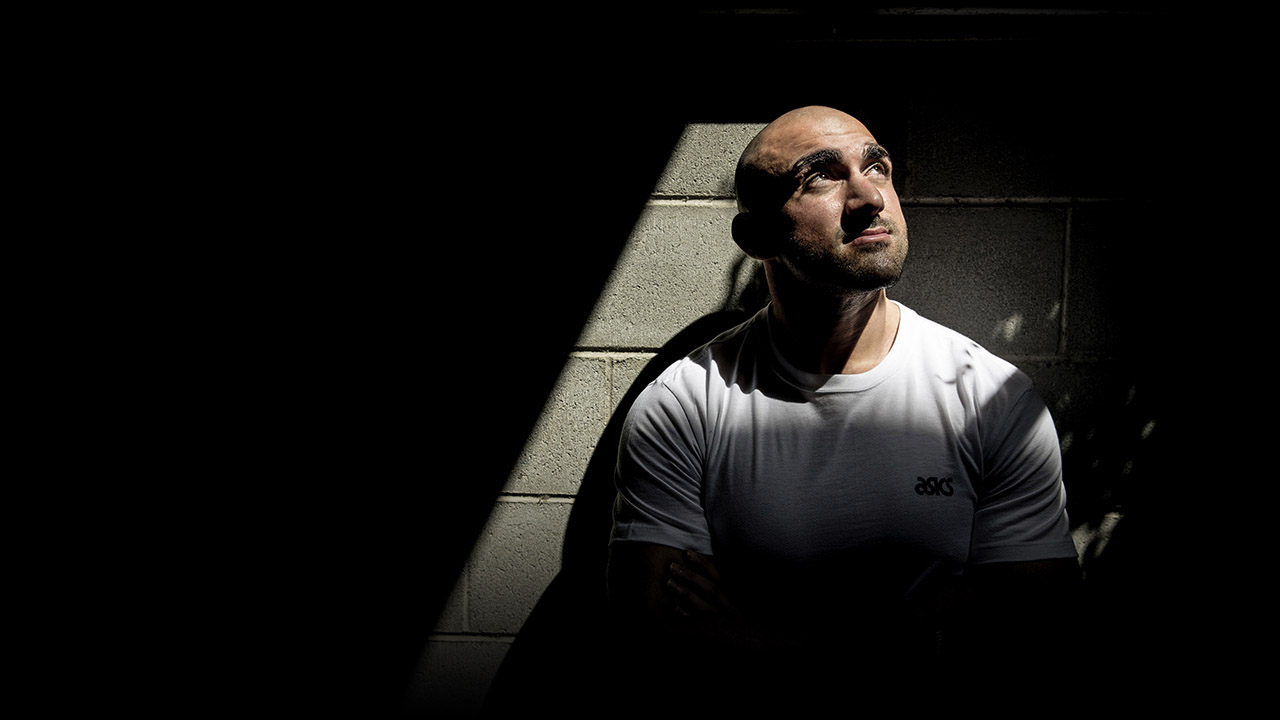 The real victory for Lebanon

The real victory for Lebanon

Today looms as a momentous day for a special group of footballers I have gotten to know over the past few weeks, along with Australia’s rugby league-loving Lebanese community.

We would cherish a win this afternoon against France in our return to the big time – it would be awesome if we could win our first ever World Cup game – but from my point of view the next month or so means a lot more than international footy.

In short, I see the 2017 Rugby League World Cup as an opportunity to enhance the image of the Lebanese community in Australia.

As important as it is for us to do well on the field during the Cup, it is vital that our boys carry themselves off the field in a way that would make our parents and grandparents proud, as well as all people of Lebanese origin living and working in Australia.

In the past, there have been times when our community has copped a hammering due to the actions of a small group of people.

As an example, when I was younger crimes were committed by some young Lebanese kids that reflected poorly on our community. It dominated the media for months.

There was a huge public reaction and for the first time in my life, I became very reluctant to tell people of my heritage. I wasn’t vocal about my background. I was so upset at some of the things the public were saying. My family and I had a strong church background and, yes, it really hurt.

We have moved on from that terrible time but changes in perception are difficult and do not happen overnight.

Beginning in Canberra today, we are on the world stage and have been given a rare opportunity to use this platform to show Australian people the true qualities of Lebanese people, the Lebanese community and Lebanese culture.

Playing hard but fair, giving everything on the field, showing respect to our opposition, getting out in the community in a positive way, giving people time – that stuff is easy.

It might not sound much, but if every individual in our squad adheres to high standards it’s going to demonstrate the really great things about Lebanese people – qualities that are not often talked about, or celebrated, in the mainstream media.

There are so many things that Lebanese people do really well. I believe we are kind, hospitable, hard working, respectful, caring and generous.

I see the 2017 Rugby League World Cup as an opportunity to enhance the image of the Lebanese community in Australia.

Of course, there is also our food. My favourite dish, hands down, is KIbbeh Nayyeh. For the uninitiated, it’s raw minced lamb or beef mixed with fine bulgar and a bunch of spices. You can eat it with mint leaves, olive oil and green onions. Oh, and Arabic bread is always used to scoop it up.

We Lebanese folk are also passionate about our coffee. We think it’s the best in the world. Give it a try!

If anyone is interested, Sydney has any number of brilliant Lebanese-style restaurants but my standout is El-Phonecian in Parramatta’s famous Eat Street. My family and many of my friends love rocking up there for special celebrations.

As I’ve grown older, I’ve delved deeper into my parents’ history – where they came from, the little villages where they grew up.

Dad hailed from Daraya while Mum, was born and bred in Miniara. I am itching to go over and see them myself.

There was a trip planned last year but my wife Stephanie fell pregnant and we had to cancel at the last minute. We plan to visit as soon as possible although I will definitely have to brush up on my language skills. I don’t really speak Lebanese Arabic but I do understand most things if my parents are speaking in native tongue.

As the son of migrant parents, Fouad and Abir, I am extremely proud of how hard they have worked since arriving in Sydney to build a life for my brothers Danny, Johnny, Jamie and me.

Both arrived in Australia to escape from war-torn Lebanon. Mum has told me it was very intense when she left with bombs going off around them all night. She said it was pretty horrific at that time.

One story she told me was about a man who was tied to a pole in the street and repeatedly bashed with a stick; beaten to a pulp. It was a civil war – she and her family just had to get out.

Several years later, my parents met at a church conference in Melbourne. They got engaged and a short time later, moved up to Sydney. Dad was a chef at the time and Mum was a book keeper.

They first lived at Bondi but not for long – Mum wasn’t a fan of the crashing waves at night – so they moved west and built a beautiful family home at Condell Park. They are still there today.

Lessons from my dad

Dad changed professions and became a tiler about 25 years ago and, even though he’s in his 60s now, his work ethic is amazing.

I reckon he works harder than lots of 20-year-olds. He definitely showed me the rewards that come from hard work and application – it has served me well throughout my league career.

On a side note, my Grandfather on Dad’s side was a hairdresser in Lebanon is his prime. He was often on the job from 6am to 11pm. Perhaps that skill runs in the family. A few years ago, my cousin, Richard, won the London Hairdresser of the Year award.

My family’s story is not unique – hundreds of thousands of Lebanese people have moved to Australia over the past 100 years and worked their backsides off, not just to improve the situation of their own families but also to give back to Australia, their new home.

There are so many things that Lebanese people do really well. I believe we are kind, hospitable, hard working, respectful, caring and generous.

Australia embraced our families to begin with and we embraced Australia and its culture right back. It’s what makes this country so special.

On the sporting front, soccer is number one in Lebanon, but for many who live there – especially the Aussie-Lebanese expats – rugby league is clearly the favourite.

Everyone watches games via satellite TV or on the internet. It doesn’t matter if it’s the NRL, English Super League, the Intrust Cup or even an Under 20s game. They love it.

I’ve even been told there is a ‘Parramatta Road’ in Kfarsghab and as a very proud Eel, this makes me very happy!

Lebanon has been drawn in The Pool of Death featuring Australia, England and France.

We are ranked 21st in the world so we’re obviously not favourites to lift the trophy, but a win first-up against France today could mean we advance to the quarter final stage which would be a fantastic achievement.

We can definitely do it – there are a number of quality players with big game experience in our squad. All round, I think we have a good mix.

Our coach Brad Fittler has assembled a strong squad. I think we’ve struck gold with Freddy – he is one of the best in the business and genuinely wants to make a contribution with this team along with developing the game in Lebanon.

Fittler, along with assistants Luke Burt and Tarik Houchar, have been really impressive. Inspirational is probably a better word.

They have made our camp enjoyable, but there is a switch, and when it’s flicked everyone knows it’s time to knuckle down and get to work.

Everyone has heard of Mitchell Moses, Robbie Farah and Alex Twal but one guy in particular who I want to make special mention of is Raymond Sabat, a 20 year-old outside back who has been brought in from the domestic competition in Lebanon.

A star for the newly formed Lycans RLFC, Raymond is quick, has good feet and is very strong. He’s also a really good kid. I am excited to see how he goes throughout the tournament when given his opportunity.

Great time with the Lebanon Rugby League family last night. Looking forward to representing the Cedars alongside these boys in the World Cup this year. @lebanonrl @rlwc2017 #UnitedAsOne

Playing in the World Cup is a different type of honour for me.

As a first grader in the NRL, many strive to play State of Origin or for Australia, but for me, there is an entirely different meaning representing Lebanon.

You are playing for your country of heritage, in front of your family and friends. When I pulled on the Lebanon jumper for the first time it felt different.

It’s not so much a feeling that I have reached my athletic peak or that I’m at the height of my career. This is more a feeling of pride in who I am representing and what is represented by the jersey.

I think we’ve struck gold with Freddy – he is one of the best in the business and genuinely wants to make a contribution with this team along with developing the game in Lebanon.

My parents are very supportive of me whether I play one game of NRL or 110 games for Lebanon. I am always trying to make them proud of me in whatever I am doing and how I am doing it.

Just walking down the street, people who support the Dogs, Dragons, Tigers or Parra keep coming up to wish us well in the World Cup. NRL club biases go out the window. This is Lebanon!

We are playing for something bigger than an 80 minute result, and have a great opportunity to do something really positive, which for me is the most exciting part.

No matter what happens today, or throughout the rest of the World Cup, I know Lebanon will be represented by a fiercely proud group of men keen to be winners on and off the field.

Enjoy the tournament and go Cedars!