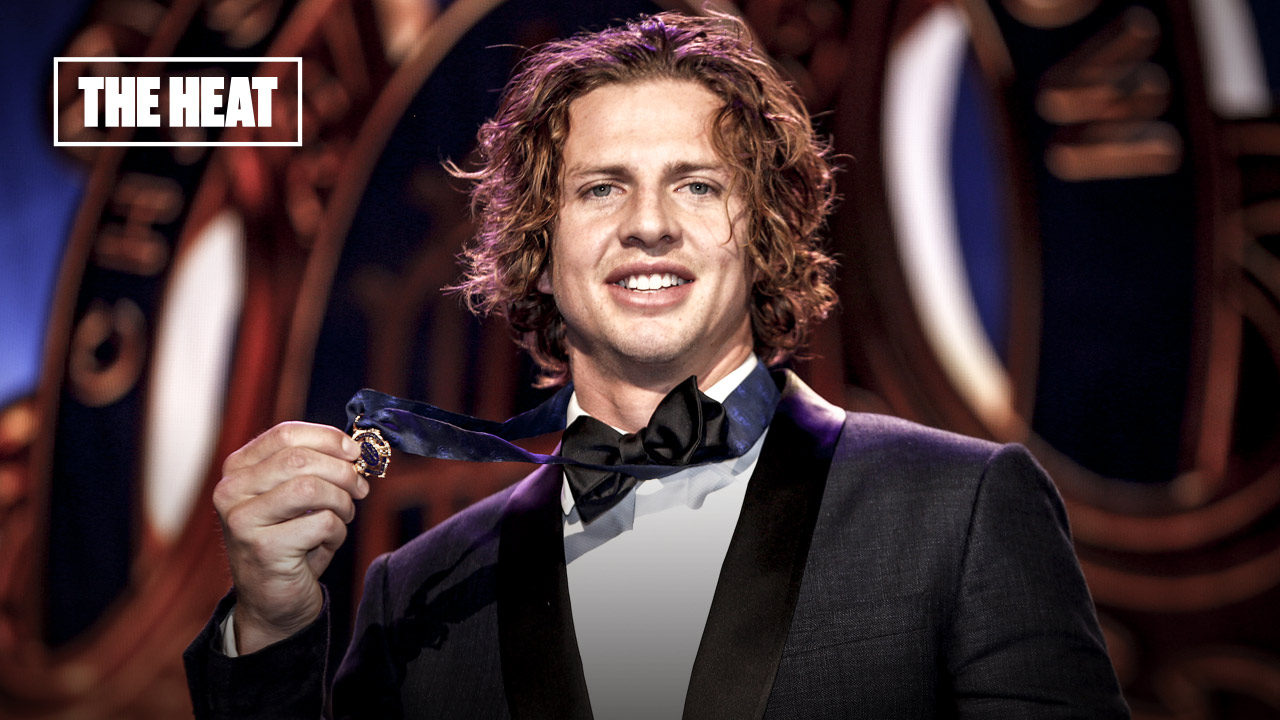 Nat Fyfe has won his second Brownlow Medal and, just like last time, won rave reviews for his classy speech. Here is what the Fremantle star said in full, on receiving the medal.

To our footy club, we’ve had an interesting year. Thanks very much to Ross Lyon and for what he’s done for me and my career over the last eight years. He will be a close friend of mine long into the future, a close confidante, and I wish him all the best with whatever comes next in his footy journey.

To the other players that have polled so incredibly well tonight and had huge years, it’s a little uncomfortable standing up here with a list of names like Dangerfield, Cripps, Neale, Kelly, Brodie Grundy, Dusty, Marcus Bontempelli. These players have had incredible years and a lot of them featured in the finals series. I’m humbled to be amongst a crop of players at the moment who are doing great things for the AFL.

Thanks to the AFL, to Gil (McLachlan), Richard Goyder and the team there. I think the AFL game as it stands is in really good hands and us as the caretakers of it have a big job to play. It’s incredible to be a part of it and I’m looking forward to the next number of years playing.

To the Fremantle footy club, and I’ll start with the players. Brownlow medals aren’t won on your own. A number of players go into it. I wish I could individually thank every player.

Two players I will point out, Darcy Tucker and Reece Conca, who have the task quite often of my man when I got to hunt the footy. To Darcy and Reece, thanks very much for the selfless roles you played so much, and the texts I get from Concs before a game saying ‘you get after the pill and I’ll cover your man’.

I can’t tell you how important that is as a player and a leader to have that sort of confidence in your teammates that they’re going to have your back.

To my partner Ellie and her family, thank you very much for everything you do for me. You keep my feet on the ground, being a support network for me. Being the girlfriend of an AFL player is not an easy task. Being a girlfriend to me is not an easy task! But without your support there’s no way I could be in the position I am today.

To my family – mum, dad, my brother Liam, my sister Sheridan, my aunties and uncles in Perth that look after me – thank you for the upbringing I’ve had and the support I’ve had over the last couple of years.

We’ve been through some difficult stages at Fremantle. Becoming the captain of the club has been the most challenging thing I’ve ever done. I’ve enjoyed the challenge but without your support there’s no way I could be in this position.

To Fremantle footy club fans, members and supporters across Western Australia and broader, thank you very much for your support of our club and me as captain.

I read the letters that get sent in, I see what’s written on social media. At a time when there’s a lot of cheap shots and vitriol thrown at players to get such meaningful letters and responses from fans about your leadership and your footy club, it’s inspiring, we’re grateful for it and we’re hoping the next year and years to come at Fremantle are the most successful that we’ve had – so stay with us and thanks very much.

How the AFL world reacted

Since 2014, Nat Fyfe has had 95 home-and-away matches where he’s played at least half the game.

He’s polled the 3 Brownlow votes in 31 of them.

So over the past six years, Fyfe has been best on ground in essentially every third game he’s played. Unreal #BrownlowMedal

I love the beautiful, humble way our captain speaks about leadership & those around him who have lifted him. He has such grace. So so proud of Nat Fyfe. Two times #Brownlow at @freodockers #foreverfreo #legend
????

What a fantastic person you are Nat Fyfe. Great speech. We are lucky to have you @freodockers #foreverfreo pic.twitter.com/PcSLHuzEGl

Congratulations to Nat Fyfe on winning his second Brownlow medal. For those who criticised his selection as All Australian captain , overlooked he is a modern day great who deserved such an honour. Kb

A genuine superstar of our game.