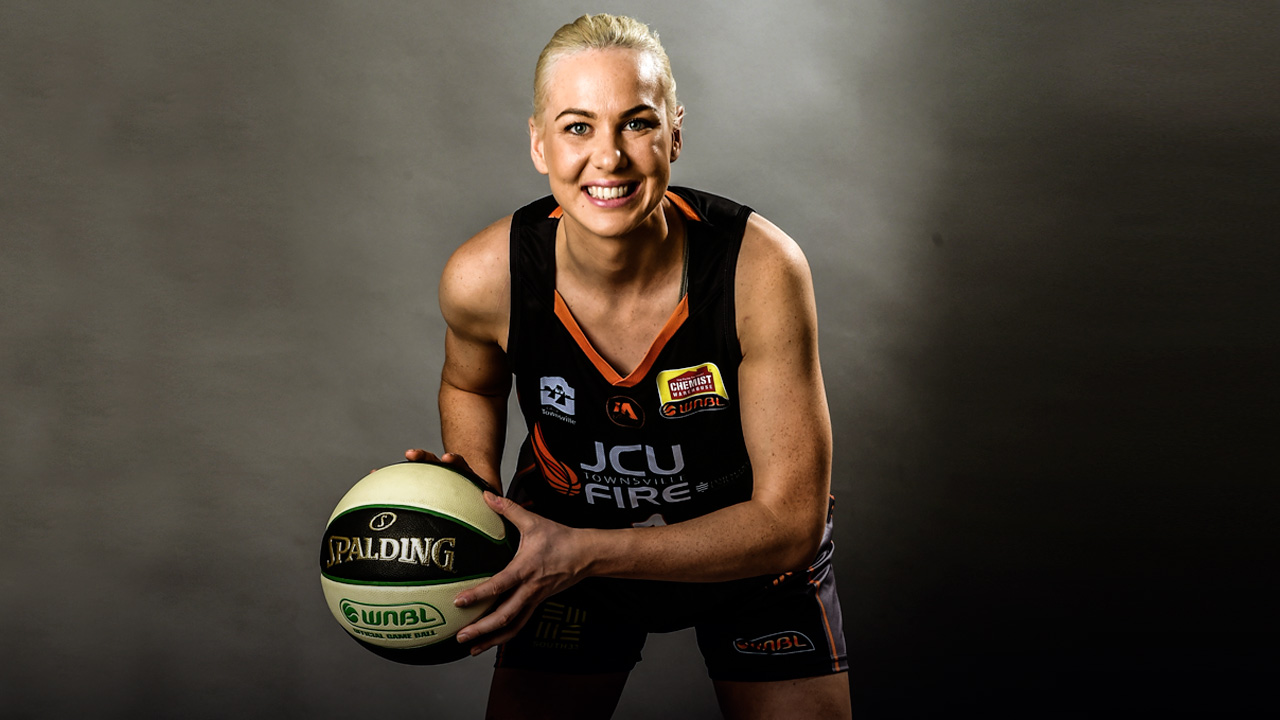 ‘You don’t have an ACL anymore’

‘You don’t have an ACL anymore’

It was our first finals game, against the top team in the league. We were playing in Krakow and I went into the game feeling confident after a really strong season.

The Polish league is a good standard and it gave me the chance to learn a different style of game in a very different environment. That aside, going there allowed me to focus on something else after the disappointment of being one of the last players cut from the Opals squad for the Rio Olympics.

It was a tense match. We were up by a few points but our opponents were coming back. I remember there were about three minutes to go. I drove in to the key, took a bad pivot and immediately felt my knee go.

I had the injury reviewed straight after the game and the doctor said my ACL was fine, but I knew it wasn’t so I asked to see a different doctor. They took me to the best sports doctor in Poland, in Lodz.

After some tests, he came back with ‘You don’t have an ACL anymore’. It wasn’t quite what I expected to hear! Though, I think the doc’s message got a bit lost in translation.

Whatever the doctor meant to say, the reality was I needed a knee reconstruction. I came back home for surgery and ended up being out of the game for a bit over a year, throwing in an ankle reconstruction at the same time from an earlier injury.

I remember there were about three minutes to go. I drove in to the key, took a bad pivot and immediately felt my knee go.

It became a tough but really important time. Sometimes, what you learn off the court is just as important as anything you can learn on it. I’m lucky to have great people around me and I’m proud of the way I got through that challenge.

It’s why standing on the dais at the World Championships in Spain last year, next to my teammates and with a silver medal around my neck, felt that extra bit more special. It was a great achievement for our team and personally.

I’m back where I want to be now, announced recently in the squad for a big year ahead, including the Asia Cup and qualifiers for the Tokyo Olympics and 2022 World Cup. This week I signed a contract to play for G.C. Zamarat in Spain. I’m leaving on Saturday.

My time out of the game, I believe, has set me up for the next half of my career.

Despite the way it ended, I’m thankful for my time in Poland. Often, when I think about it, it’s not ‘You have no ACL’, it’s about the first morning it snowed.

I’d never seen snow before. My teammates sent me messages telling me to look outside. I rushed to the window, saw the amazing view and started to cry. I have a habit of bursting into tears when I get really excited about something!

It was a beautiful moment – even if it then snowed literally every day for the next five months!

When I arrived home for the knee reconstruction, it all hit me. Trying to move on quickly had been useful in some ways but now I realised how mentally drained I was from everything that had happened.

Missing those squads, especially the Olympic team, had hurt and now I was going to be sidelined for ages. I wondered if I’d ever get back to playing at a high standard.

I worked with a great sports psychologist at the AIS. I didn’t know I needed to see one until I started seeing her. And, I turned to my close friends and family, especially my big brother Ben, who’s a pretty good basketballer himself and keen to become a life coach.

Ben’s been great to me over the years. Even just recently, when I was left out of a starting side for my club, Townsville, I contacted him and he wrote back an epic message full of great advice. Having support like that is crucial, but I think my resilience is also a product of my country upbringing.

HAPPY 30th BIRTHDAY TO THE BEST BIG BROTHER IMAGINABLE!! You can't pick your family but if you could I would pick him every day of the week! Thanks for being such an inspiration and the perfect role model for me. Love you!! #surprise #quicktriptosydney

I’m the third of four children. My older sister, Carly, is now a child psychologist – she got the brains – and the rest of us are athletes. Ben, who’s five years older, played a lot for the Sydney Kings before heading to Europe. Jack, two-and-a-half years younger than me, was good at basketball but now plays AFL for Collingwood.

While Ben has been a caring older bro, my tussles with Jack probably toughened me up for the tasks ahead.

Our home was at Williamstown, a small town in the Barossa Valley. We lived on one-and-a-half acres and had a few chickens. As in all country communities, sport was a uniting force. I played netball for a while, my brothers played basketball and footy. Dad was president of the basketball club and later became president of the football club. Sport was just what everyone did on the weekends.

I loved playing against my high school friends and others from around the area on the weekends. Among them was Cayla Francis, who’s gone on to do really great things in basketball. We went to the WNBA together, which is amazing to think about. My environment growing up was so healthy, being outside, active and social.

Competition started in the backyard, of course, and there was a school across the road where we’d often go to play basketball. Our games were two-on-one, Jack and I against Ben, and Ben would always beat us. When Ben moved to Adelaide to go to uni and join the 36ers as a development player, Jack and I would play against each other.

Things went pretty well for me while I was bigger than Jack. I’d beat him all the time. Then it got pretty even for a while.

It’s why standing on the dais at the World Championships in Spain last year, next to my teammates and with a silver medal around my neck, felt that extra bit more special.

The closer it got, the more competitive we became. One of us would always go home in tears. No one ever called a foul! I remember I tried once to take a charge, fell over on the gravel and ran home crying.

Jack continued to grow bigger and stronger and one day he came out and smashed me 21-0. He’s a pretty confident young man and certainly let me know I’d been thrashed. I decided I’d never play him again. Thankfully, I went to live at the AIS the next year.

I think the other reason country living makes you determined is because you have to travel so much. It’s a choice, not a sacrifice, but you do miss out on a lot of things, like parties and hanging out with friends. It’s also a massive commitment from parents.

The efforts of my parents, Gene and Deb, taught me a lot about dedication. When we were all playing at the local basketball club, Eastern Mavericks, it was literally a whole day thing. Jack would play first, then me, then Ben. It would be six hours at the stadium and two or three hours of driving to and from the games.