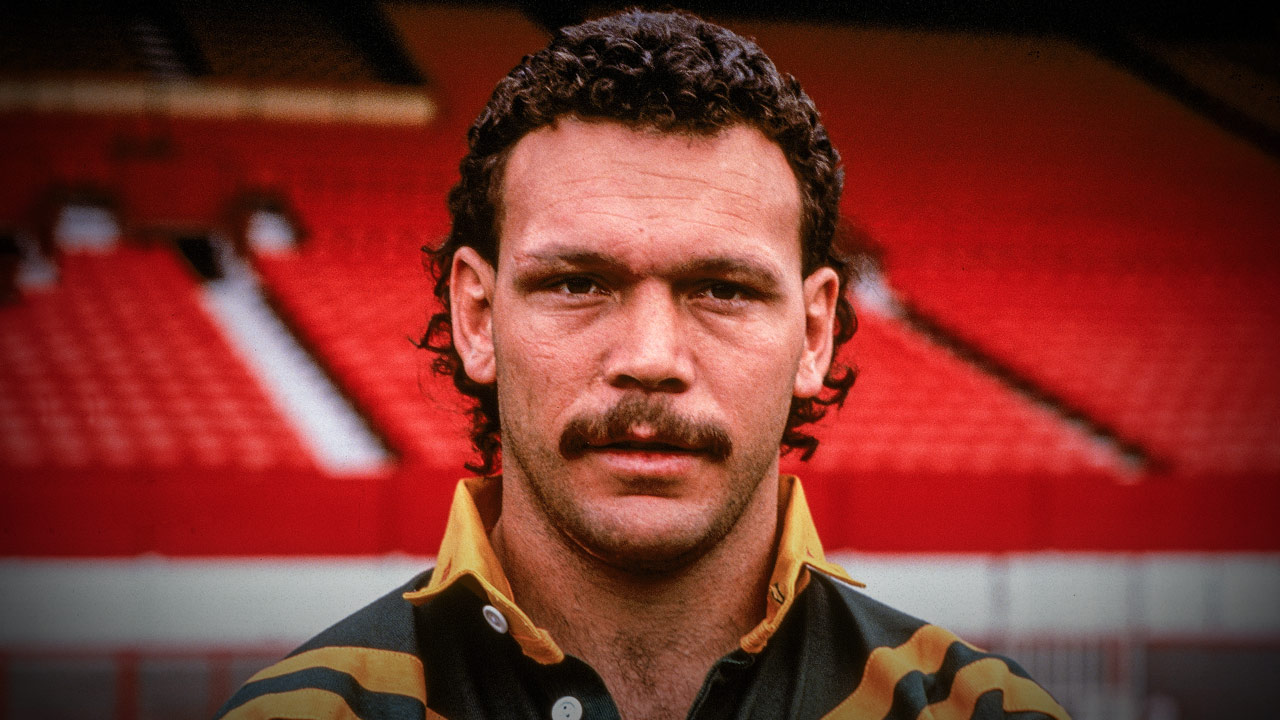 He went home and his kids cried

He went home and his kids cried

Steve Menzies reflects on his career as a Manly legend, how he almost went to the Bears, his relationship with Cliff Lyons and his first Kangaroos tour in this extract from the Talking With TK podcast.

I’d just made the NSW Schoolboys and North Sydney coach Steve Martin came over and said, ‘you’re playing for Manly but we want to sign you – come over check the facilities, keep it between us, don’t say anything’.

Me and my stepfather, about three or four days later, went to North Sydney Oval to check it all out.

They stressed, ‘just keep this between us, don’t say anything’.

We went home and the next night the phone rings. Mum answers it – no mobiles then, just the landline – and she says, ‘It’s Bob Fulton, for you’.

I was freaked out. I answered the call and he said, ‘Right, I know you’ve been to North Sydney, I know they’ve offered you $5,000. Come and see us tomorrow’.

We hung up and thought, ‘Oh my god how does he know that – we haven’t told anyone’.

We went down and saw him at his office in Brookvale. He said, ‘what do you want?’ And we weren’t really ready for the question.

I’d just got accepted to ACPE (Australian College of Physical Education) which was about nine grand a year, being a private college. So we said, ‘$9,000’.  He said, ‘done’. We shook hands and thought maybe we should have said, ‘$10,000’.

It was a three-year deal. Uni was three years so that’s what we said, to get the fees covered.

Literally every game I played my stepdad would be on the sideline going, bang he’s on now, ‘How many minutes is that?’. Trying to work out if I made $487.50 or whatever it was.

Exciting times. 18 dollars a minute. How good’s that?

That was in 1993. Back then, you had two fresh reserves and two who sat on the bench from reserve grade. My first two games were jersey 40 or 41 and I was on the bench with Cliff Lyons.

Obviously, we had a bond and connection on the field the way we used to played together. We had one set move – he’d come across the back of the ruck and I’d go with him and tuck under.

I can’t even remember what it was called. Usually I would just run off him wherever I needed to be and, if he saw something, he’d shout.

To be a ball runner you can hit the hole in perfect timing, but if the ball player is not good enough to get you the ball …

If it’s a set play and that’s where you’re supposed to be, they can find you, but I only played with a few who could change late to hit you where you needed to be.

Andrew Johns, Freddie, Cliffy – you could just be where you needed to be and they would hit you.

There were a lot of stories about Cliffy. I never saw him smoke at halftime of a game, but I can’t say it never happened.

Definitely pre-game there would be a gang going for a smoke. On a bus going to a semifinal once, Cliffy was up the back smoking, 100 per cent. I saw and smelled the smoke.

It definitely wasn’t stress release. The world could be falling down and he wouldn’t be stressed out.

But he’s changed. He hasn’t smoked for 10 years, I reckon. Next thing he’ll be shaving his moustache off.

He shaved it off one day, or had it shaved off for him in his sleep, on a Mad Monday, I think after 2006. He walked up to the table at the pub we are at with his bourbon and coke and we looked at him and said, ‘Who’s this bloke?’, ‘Cliff, is that you?’ You couldn’t recognise him.

He went home and his kids cried. ‘Who’s this person? We don’t know who this person is.’ His wife’s saying, ‘it’s your dad’, they’re going, ‘Waaah who is this?’