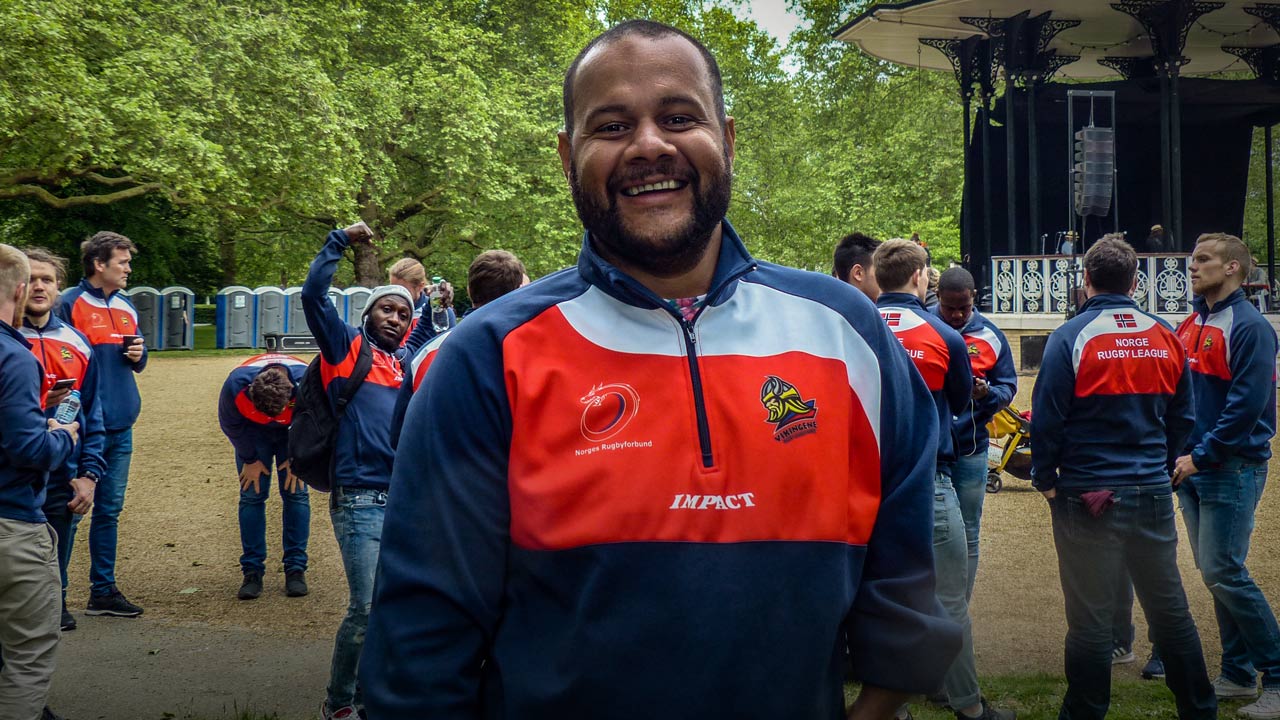 I admit it’s a weird sight

I admit it’s a weird sight

I don’t remember who said it, exactly. It wasn’t Justin Hodges, he was in the class above us. It might have been a few of them, back in primary school … I just remember what they said: “you can’t play footy”.

I do know why they said it, though: I am reminded every day. I was born with only half my left arm. We don’t know why, to be honest. There were stories around at the time about some bad medicine going around but they were just rumours.

My old man played footy so it was something I wanted to do. When you tell me I can’t do something, that just makes me more determined – I thought ‘I’ll do it – and I’ll do it better than you guys’.

I played league, I played union, I played Aussie Rules, ended up in the Coca-Cola Cup team with Justin, him as captain and me as vice-captain.

I played A-grade for Roos in Cairns, I made a few rep teams. League wasn’t even my number one sport – I played Aussie Rules as my main sport and I made Queensland sides. Even athletics, I had a go at that – was on my way to the Paralympics at one stage.

Around Cairns, believe it or not, I never really got much publicity as the one-armed footballer or whatever you think they might write. Cairns is small, I could play as well as anyone else and probably better than some, so it was never any big deal.

But when I started making rep sides, that’s when people started to notice. They’d look at me and go, ‘what’s going on here’?

You know what? I can honestly say I’ve never felt down about my arm, never looked at others enviously or questioned why this happened to me. It’s me, it’s who I am. I don’t want to be a different person, I want to be me.

I did do a bit of motivational speaking back in Far North Queensland about all this. Because I’m indigenous as well, it helps for kids in the local community and with disabilities in Cairns to hear: a local boy who was born with this disadvantage is playing in a World Cup qualifier in London! You know, you can do whatever you want!

World Cup qualifier? London? Well on top of all that less-than-everyday stuff I’ve mentioned so far, I have to make it clear: I live in, and play rugby league for, Norway.

A touching moment at fulltime yesterday with Sonny Mellor and his kids pic.twitter.com/nxNYnAY4Qq

WE STARTed RUGBY LEAGUE IN NORWAY

As a teenager, I knew all the bouncers in Cairns. I wasn’t going to get away with underaged drinking, no way. I’d say it was one of my first handful of nights out when I met my wife, Heidi.

She was visiting from Norway, studying. I was designated driver that night because I had a footy game – a rugby league game – the next day. My best mate started talking to the group and that’s how we were introduced.

Rolling forward a few years, to 2007, we decided to move to Norway. There wasn’t much happening for me in Cairns, it was time for a change.

It won’t be a surprise that when I landed, there was no rugby league in Norway. I started playing rugby union. A mate of mine who lived near me, an Aussie, Warren Heilig, said to me ‘why don’t we try to start league here?’.

With the snow you can’t train a lot of the time. Some days you’ll be out there training and all of a sudden you’ll get 10 cm of snow. There are blokes out there up to their ankles in slush and ice, training and playing, spending their own money to get to matches. You do it because you love it and the Norwegians do love it.

When we first started off, it was ‘whoever is available can play for Norway’ but now we’re going through training camps and all that. Young Norwegians are coming through and when they’re moving away to study, they try to go somewhere where the game is played and they’re coming back with experience. We’re getting a lot more young people involved.