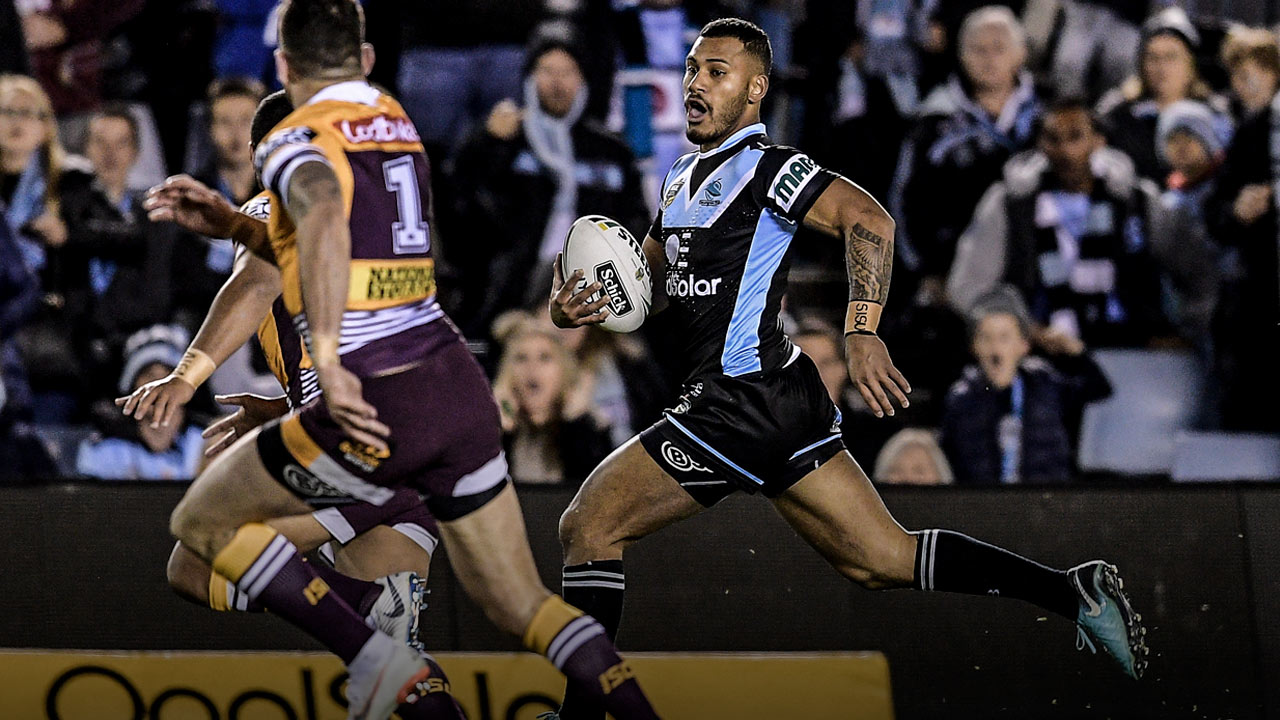 No money for a bus fare

No money for a bus fare

Mum and dad don’t talk about the struggles they went through. I’m pretty sure I don’t know the full extent of them. I’ve picked up bits and pieces of the story over the years, but they’ve protected us from the worst of it. That’s just how they are.

They were born in Leimatua, which is part of the Vava’u island group in Tonga. Dad’s name is Isileli and he was a gardener, mainly growing vegetables. Mum, Kalesita, looked after everything at home.

There wasn’t much opportunity in Tonga, so they moved to New Zealand. That’s where I was born. Dad picked up a job as a factory worker in Hamilton. But again, things were hard. It wasn’t the better life they wanted for their children.

In 2003, the family relocated again. This time it was to Australia, the country where the opportunity was. It was mum, dad and the six kids – Kala, the twins Na and Noa, me, Tui and my sister Tonga – and we all moved into a home in Auburn in the western suburbs of Sydney.

Dad worked as a forklift driver at a factory a few streets from home and mum ran the house.

I was too young to understand how difficult things were for them financially back then. It’s only now that I’m a bit older and working myself that I can see what they went through for us.

I would ask for money to get a bus to school when I could have walked. Sometimes there wasn’t money for the bus but I’d still ask. I feel bad about that now. I wish I’d realised the situation we were in.

Dad worked long hours and even though money was tight, he and mum always found a way to get us through. I don’t know how they managed to keep a roof over our heads, a car on the road and food on the table. There were always bills coming in.

Despite all this, I still reckon we were lucky. We had each other and a house to live in.

That’s all we needed.

Sometimes there wasn’t money for the bus but I’d still ask. I feel bad about that now. I wish I’d realised the situation we were in.

Then dad got sick. First it was lung cancer, then a heart bypass. He never really said much about it. I remember him being in hospital but not really understanding why. His brothers and sisters all flew in from overseas and stayed with us. That’s how I knew it was serious. It was sad seeing him so sick. It was a difficult time for the family.

But he eventually pulled through. He had to give the heavy work away – it was getting too much for him – so he’s back in the garden these days, keeping busy and growing Tongan food for us all to eat. He grows taro in the backyard. Taro leaf is great in cooking.

Our Tongan heritage is very important to us. My parents still speak Tongan to me when I’m at home or when they call on the phone. I wouldn’t say I’m fluent, but I understand it. Sometimes I will speak it back to them if I’m feeling confident.

The family moved to Yagoona a year or two ago. My sister has married and has four kids of her own, and the twins moved out to a place near Mount Druitt, but the rest of us all still live in the family home. That includes my wife, Cholayna, and our little girl, Keziah, who was born in July.

As you can imagine, it’s pretty busy in the house at the moment. It’s great having people to help out, but we’re planning on finding a place of our own in the off-season. We need a bit more space with the baby now.

I will never forget what mum and dad have done for me. They went through a lot to give their kids better opportunities for a good life. It motivates me to do well in rugby league and life generally.

I signed a new contract with the Sharks in July. It means I can do my bit for the family. We all chip in. One of the twins is working as a concreter and the other works in a Woolworths factory, my eldest brother is a mechanic and Tui is playing in the Bulldogs’ system.

That’s the way it should be after all the sacrifices mum and dad made to get us here.

Sione Katoa has extended his stay in the Shire until the end of 2020 ?? . #UpUpCronulla

NO FOOTY ON SUNDAYS

My first experiences of footy were pretty rough. It was the Katoa brothers all going for it in the front yard. Api Koroisau and his family lived over the road. His brothers and cousins would join in our games sometimes, too.

It’s probably no surprise that the two youngest boys ended up becoming footy players. We had to learn how to get around our bigger brothers and hold our own in fights from a pretty young age!

I started playing my footy with the Berala Bears. I moved to the Chester Hill Hornets and they were my junior club. I played development footy for the Bulldogs through the under-13s and 14s before moving to Parramatta to play Harold Matthews and SG Ball. Then I moved to the Sharks.

For most of my childhood, I didn’t play on Sundays.

That was for church and it was the most important part of the week for our family. It wasn’t until my footy got serious, from about the under-15s, that I started playing on Sundays. I was making junior rep teams and it was going to be hard for me to progress if I’d only played Saturdays.

My first experiences of footy were pretty rough. It was the Katoa brothers all going for it in the front yard. Api Koroisau and his family lived over the road.

I tried rugby sevens for a while. I had to make a decision at the age of 17 because I was playing with the Waratahs and Parramatta’s SG Ball team. I went with league and never regretted it. There was no guaranteed contract with sevens and a lot more travel.

League was the game I knew best. I’d been playing it since I was little.

I was a massive Rabbitohs fan growing up. I’d go to games with Troy Hamid, a family friend of ours. We didn’t sit in The Burrow, but in one of the corners. That was fine for me because my favourite players were Nathan Merritt and Dean Widders and they scored in those corners all the time!

I had no idea at the start of this season that I would be playing NRL in 2018. And I certainly didn’t expect to be playing in round one. The club informed me a few days before the first game I was in, so I could fly Cholayna up to Townsville for the Friday night game.

It turned out to be a memorable game for a couple of reasons – not all of them good.

THE BEST YEAR OF MY LIFE

I wasn’t very nervous when we arrived at 1300 Smiles Stadium. I was just taking everything in.

I looked across the field and there were guys like Johnathan Thurston and Jason Taumalolo. I watched Thurston play a lot as a kid. I took the ball for a carry and ran at him just so he could tackle me. I was thinking, ‘Wow, that’s Johnathan Thurston around my legs!’ It was mad.

But then I broke my jaw. I was trying to make a tackle out of marker and I hit the ball carrier’s hip. There was no pain, but it felt like my face was in two pieces. I wanted to play on but the trainer took me straight off.

It was devastating. I knew from pretty much the moment I was back in the dressing rooms that I was going to be out for a while. I had worked so hard through the pre-season to get my shot, then to be facing surgery and a few months out was tough news to take.

That’s all in the past now. I’m back playing first-grade and loving it.

I had no idea at the start of this season that I would be playing NRL in 2018. And I certainly didn’t expect to be playing in round one.

There have probably been two big moments that have stood out for me this season.

My first NRL try was huge. It was against the Rabbitohs, which felt a bit weird given all my years cheering them on, but it’s still something I’ll never forget.

Chad Townsend made a break and I ran next to him. He passed me the ball. I could see the fullback coming across trying to tackle me into touch. I jumped and tried to get the ball down before he got me.

There was no time to celebrate. We were chasing points, so it was a quick handshake and a jog back to get into position for kick-off.

The second big moment was when mum and dad watched me for the first time. It was the game against the Raiders a few weeks ago. They walked down from the stands to the fence after the game and I gave them a big hug and told them I loved them. It was emotional for us all.

I could see how much it meant to them. It’s been a long journey for all of us, but them especially when you think where it all started.

I love that my footy has brought joy into their lives.

This has certainly been the best year of my life.