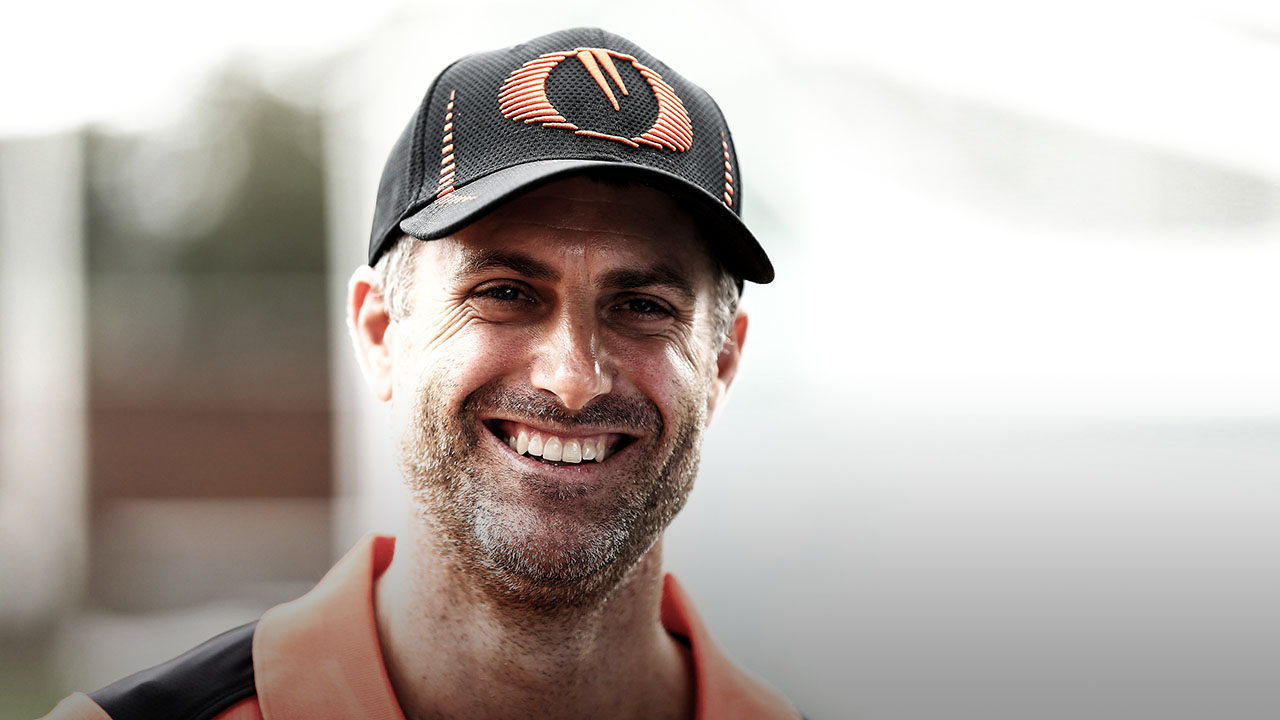 An ode to every Tigers fan

An ode to every Tigers fan

Mondays were the worst.

I grew up in Perth and, after West Coast entered the competition in 1987, pretty much everyone I knew changed allegiances from whichever VFL team they followed to the Eagles.

Not me. I was a Richmond fan. The only one at school. The only one in my neighbourhood. So, after the inevitable Eagles victory and Tigers shellacking each weekend, I’d roll up to Trinity College and cop it from everywhere.

I don’t think my story is unique. If you’ve followed Richmond for any length of time, you’ll no doubt have experienced something similar.

You’ve had to cop the digs. You’ve defended the boys. You’ve watched most of your mates celebrate their teams’ successes while you’ve dealt with decades of disappointment.

That’s why this weekend is so special.

All those years springing to the club’s defence and putting hope into hopeless causes … it has all led up to this. This brilliant Saturday.

HOW IT ALL STARTED

I clearly remember the moment I became a Richmond fan. A friend of Mum’s from Melbourne came over to visit us in Perth and she gave me a Tigers beanie and a book.

I loved that book. It had the Tigers theme song at the back. And it had the history of all the great players – Jack Dyer, KB, Michael Roach, Dale Weightman and plenty more – and told all the stories. I’m actually going to visit my parents in Perth next week. I bet that book is still in my old room. I’ll look for it.

I’ve been asked plenty of times why I didn’t switch to the West Coast like everyone else. There was every reason to roll. Those West Coast teams early on – the quality of players and the way they played – were pretty easy to support.

There wasn’t any strong family pull towards the Tigers. My Dad was a big WAFL fan and he loved South Fremantle and Stephen Michael. The VFL was followed in Perth back then, but nothing like it is now.

In the end, though, it wasn’t much of a decision. I told myself, ‘I’ve always been Richmond and I’m staying loyal.’ And that was that.

All those years springing to the club’s defence and putting hope into hopeless causes … it has all led up to this. This brilliant Saturday.

Keeping tabs on Richmond wasn’t easy as a kid in Perth. The coverage was nothing like what it is now. I would watch The Winners as a kid with the late, great Drew Morphett. That was where a lot of Western Australians developed a passion for VFL footy.

I would also sit in the loungeroom at home listening to the radio and writing down the scores from all the grounds as they switched from game-to-game. That was how I kept track of all the games and, in particular, the mighty Tigers.

My love of Richmond got stronger as my cricket career evolved. In my early days playing for Western Australia, I would jump flights in the winter to Melbourne to watch the Tigers play. And I would always, always make it to Richmond games at Subiaco.

I met the players for the first time just prior to the Ashes in 2001, my first Ashes tour. Our now CEO Brendon Gale was playing, Wayne Campbell, who is now at the Giants, was there too, as were Matthew Knights and Matthew Richardson. I’d watched them on TV for so long and meeting them was a real thrill.

Not long after, in England, all the Australian players got together out in the middle for a team photo in all our respective AFL team guernseys. I’m pretty sure it was at Lord’s. It’ll be in Steve Waugh’s diary somewhere.

Anyway, Paul Reiffel was the only other Richmond fan in the Aussie set-up but he wasn’t on that tour. I was on my own – again – Richmond-wise.

I’ve copped it a fair bit from the boys over the years. Ricky Ponting was right up there. He obviously had a fair bit of success there with North Melbourne in the late 1990s when Wayne Carey, David King, Glenn Archer and all those guys were on fire.

Justin Langer has dished it out, too, given his allegiance to West Coast. Hopefully I get to give it back a bit if we win the Grand Final on Saturday. There’ll be a Tigers theme song getting forwarded to a few of my old teammates, don’t worry about that!

My life is pretty busy these days with Twenty20 coaching commitments around the world.

I was lucky enough to coach the Trinbago Knight Riders to the Caribbean Premier League title a few weeks ago. Cricket was obviously the priority, but I knew what I would be coming home to and still kept close tabs on the footy from over there. The footy was actually on in the bar of Queen’s Park Oval in Port of Spain a couple of times, funnily enough.

It’s been the same in India with the Kolkata Knight Riders. Chris Lynn, who plays with KKR, is more of a rugby league guy and none of the Indian fellas would know what I was on about if I started talking about Richmond’s season.

So I would find some time in my hotel room to log on to the ABC and listen to games over the internet. It’s been a privilege calling the cricket with Gerard Whateley on Grandstand the last few seasons and it’s wonderful listening to his calls when you’re overseas. He’s an absolute pro.

You feel a lot of pride at having remained loyal. From school, to the Aussie cricket team, to coaching assignments in different countries, it’s been a long journey. Having been a player myself, albeit in a different sport, you understand how much sacrifice, hard work and belief that would have gone into the whole club to get to this stage. It means so much to so many people.

That’s why Richmond supporters were there in their droves last weekend. And they’ll be back in massive numbers again this Saturday.

LOUDER THAN TENDULKAR COMING TO BAT

I’ve experienced some pretty loud crowds in my time. I didn’t think anything would match the noise that accompanied Sachin Tendulkar or Virat Kohli to the crease in front of their home crowds in India. The IPL is right up there, too.

But I reckon when the Tigers ran on to the MCG last Saturday, it was the loudest crowd I’ve ever heard. I held my phone up at fulltime and recorded all the singing and cheering. It was incredible. I’ve never been to a Grand Final in my life, but I’ve already got my tickets for this one.

I’ll admit I was quite torn last weekend. As many of you will know, I worked fulltime for Greater Western Sydney for two seasons and I am still very close to a lot of the guys at the club. I took my son to the game and he’s a massive GWS fan. He was shattered at the result.

I was, too, in a way. There are some great people at the Giants. I didn’t want to offend anyone so I was quite muted compared to pretty much everyone else at the ground. I have no doubt the Giants’ time will come.

I’ll be nervous at the Grand Final, no doubt. Everyone who has been on the journey with Richmond will be, too. Adelaide will go in as favourites. They’ve had a fantastic season. But if there is any team that could knock them over, it’s Richmond because of their midfield and their defence.

I reckon when the Tigers ran on to the MCG last Saturday, it was the loudest crowd I’ve ever heard.

I was a massive fan of Matthew Richardson, Matthew Knights and Wayne Campbell when I was a kid, but Dustin Martin is as good as any Richmond player I’ve seen in my time.

Trent Cotchin is right up there as well. Jack Riewoldt is fantastic. Alex Rance is arguably the best defender in the league and he probably has been for a couple of years.

I’m sure every Richmond fan will take a few moments to cast their minds back over the tough times, the near misses. The chopping and changing of coaches. Getting within a game of the Grand Final in 1995 under John Northey. Even last season and how hard it was to watch the style of footy we were playing.

The hardships make the good times all the better.