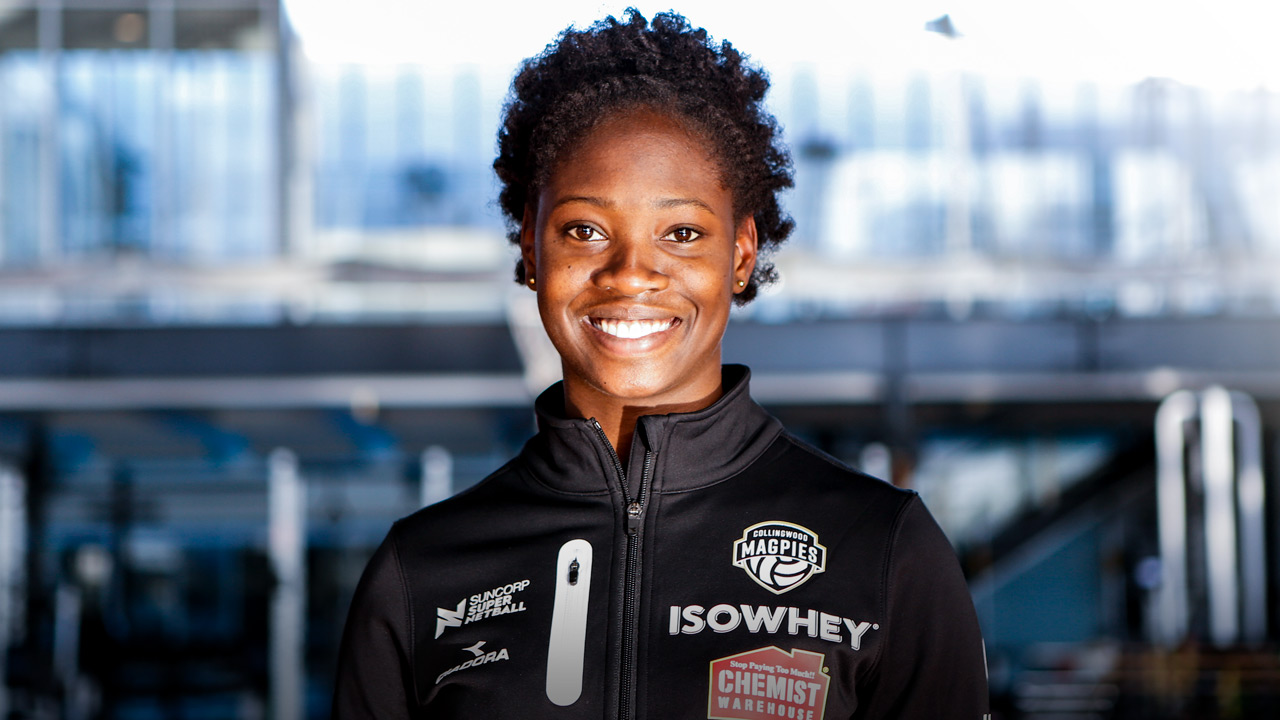 I have been looking back to the age of 15. I didn’t know sport. Didn’t like to be sweaty. I wasn’t the type for it.

Growing up in Kingston, I was more of a nerd. Doing all the sciences, all the studying stuff. Our parents struggled to send me and my older sister to school, so, in order to get to university and take that burden off them, we knew we had to get scholarships and not be distracted by what society has to offer.

I was always very tall. My PE teacher would always see me come past and go to the canteen to get lunch and then head straight back to class, and that was it for me. Sometimes when we’d have a PE session, I’d just skip it.

He was like, ‘Why not?’ and I said, ‘Because I’m not that type and I want to get an education to help my family and all of that’.

‘Do you know you can get all of that through sport?’ he asked.

He said, ‘OK, let’s start with a light training session tomorrow. I’ll meet you after school’.

So that’s when I started doing basketball, around the age of 15.

The first time I did it, I was, ‘OK, what is this?’ I’d never been outside getting all sweaty and tired. After that first time, I said I was not going back.

But then I went home and I did some research about how basketball could help. I watched a few clips and saw how some of the females play and the next day I went back and I was so eager to learn the sport. I did everything in my power.

The rest is history.

I was determined and focused the same way I was with my studies, not letting any distraction get in my way.

I wanted to learn something new, but I had to do it fast because the basketball team had started the season. So I was like, ‘I have to get this quickly so that no-one laughs at me’. But that was a minor part. I was eager because it was new, it seemed really fun, it had a lot of benefits. So I thought, ‘OK, I’m going to go for it’.

The scholarship I got to the University of the West Indies was for all the sporting things, as well as academic. When the coach said I could try netball I thought ‘OK, I did basketball and it turned out good, so I’m gonna do it’. It felt so comfortable as well.

I started doing basketball, around the age of 15. The first time I did it, I was, ‘OK, what is this?’ I’d never been outside getting all sweaty and tired.

We have a really short inter-college season – around 10 games, I think – but within that time I got called up to play for Jamaica against Barbados. That was where Dan Ryan, the Adelaide Thunderbirds coach, first saw me play.

I didn’t even know the rules of netball. I just tried to ensure that I didn’t step and I didn’t dribble the ball!

That same year, last year, I got selected for the Jamaican 21-and-under team to go to Botswana for the World Youth Cup. I had still only played one short season of netball, which was quite remarkable.

The footwork has been the hardest thing to adjust to, so sometimes I go off by myself and hide so no-one can see me practising my silly steps and my landings. I still struggle with the footwork, but it’s getting there, little by little. It’s a process.

And the dribbling. I can’t forget the dribbling! It’s just my second nature, sometimes. So what I did was to put a coin between my index finger and my middle finger to remind me not to dribble. If I dribble, the coin is going to drop.

I also have to work on my hands. I need to be a bit more careful with my turnovers, so that I don’t fumble. I’m about to turn 20, so obviously I’m still very young and new to the sport. I’m really keen on making myself better.

I had been applying for US college basketball scholarships. I know I could have made it in the WNBA, because I work really hard and I’m very coachable.

Simone Edwards was the first WNBA player from Jamaica, and she was like, ‘There’s this team in Chicago I know that would definitely want you’. So I got in touch with them, and I did my college admissions test, which I aced, so I was getting geared up for basketball in the States.

Then a week later Dan got in contact and I thought, ‘OK, what am I supposed to do? Which offer should I take?’ It was really hard for me to decide, because one sport I already knew like the back of my hand, and with the other one I was getting the urge to know it more. So it was a battle between the two.

My mum and my mentor, Keith Daley, helped me to make the decision between netball and basketball. Keith laid out everything in front of me to say, ‘These are the options, you should be able to sit down, think through where you’ve been and what you want to achieve in life’. It sounded really challenging but he was like, ‘No, take your time’.

The decision was that, with basketball, it would be hard to get into the WNBA because the University of Illinois Chicago, is not so highly ranked in the NCAA. With netball, I had the opportunity to study and play professionally, and in Australia I could actually play both sports if I want to.