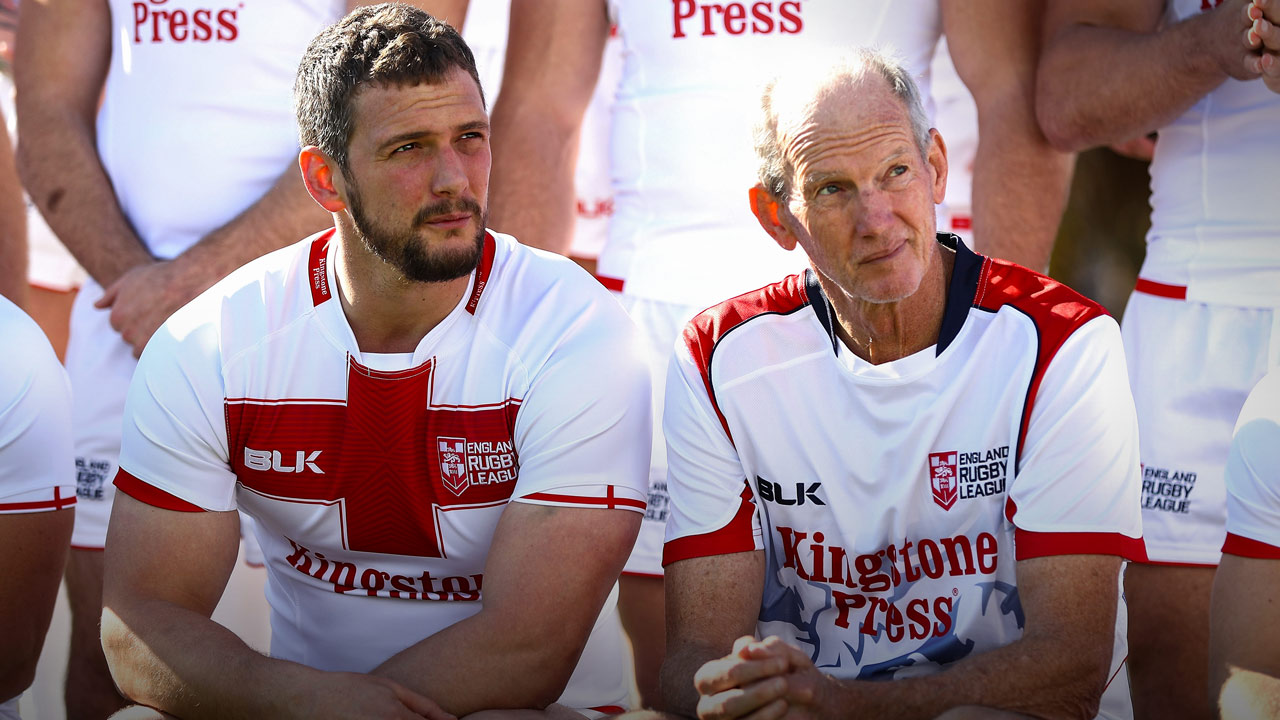 Brave stand that saved a Test

Brave stand that saved a Test

I AM proud of the NRL players in the England team who stood up to fight for next week’s historic Test against New Zealand in Denver.

It would have been an easy thing to do from players over here in England. We want to play. There was no pressure coming from our end. For the NRL boys to come out and make that statement, that was big – probably a big part of the game going ahead.

For those who haven’t been following it, on May 27, Wayne Bennett, James Graham, Gareth Widdop, Elliott Whitehead, Josh Hodgson, Chris Heighington and the Burgess boys issued a signed statement saying they were in full support of the game at Sports Authority Field.

Thanks, boys. Your team-mates are grateful for your stand.

The reasons that were first thrown up against the Test being played were put to bed straightaway by our medical staff. You know the ones; about player safety because of the altitude and the duress of the travel.

Altitude? We had a camp in South Africa in 2012 that was higher. Distance? England travelled further just last year to play Samoa at Campbelltown.

Why is this match so important? I can talk about this first from the point of view of an England player or fan.

Although we didn’t win the World Cup last year in Australia, it felt like we generated a lot of publicity for the game back home and we also felt it was important to carry it on with a mid-season game. We didn’t want people to wait a full season before they got to watch England play again.

We don’t have the luxury of back-page coverage for our club game here in England. The national press do have rugby league writers but as far as I know, they all work on contract from home and have to fight really hard for space – pretty different to Sydney or Brisbane, I’m guessing.

But the sports desks suddenly get interested when we play internationals.

As much as it means for us as players to represent our country and wear the England shirt, it means as much to fans to get to watch England again.

I can also talk about it from a perspective that fans in Australia may not have.

So you can see how small a part of England rugby league really is.

Our sport is northern-dominated. We can push rugby league in our country on the back of the international team playing more games. As I said, in our country, these games get much, much more coverage than club matches. The more people who see the game, the more people get involved and it hopefully creates a stronger Super League competition for us.

Altitude? We had a camp in South Africa in 2012 that was higher. Distance? England travelled further just last year to play Samoa at Campbelltown.

Anything we can do as an international team, as players, as Super League to try and get kids involved is going to make our competition stronger which in turn is good – I would argue – for everyone in the sport.

Teams like Toronto are coming in, there’s the possibility of New York, and the publicity for game and the sponsorship it attracts, that’s only going to strengthen Super League too.

You may have read about the Wolfpack; how they attracted 7000-plus to home games last year in a competition where attendances are counted in the hundreds and how they are looking good to be promoted to Super League next season, making our elite comp a pan-Atlantic league.

Super League is a great competition but it’s got to be generating players all the time.

HOLDING ALL THE CARDS

The Rugby League Challenge in Denver is supposed to be on for the next three years.

Hopefully, there’ll be some things ironed out and any problems we had this time will be sorted sooner than they have this year. It’s a bit like a test run – we’ll see how this one goes and hopefully it becomes easier and easier and plans that are put in place become smoother for both the international game and for the clubs.

I don’t know if I’ll be playing in the next two games in Denver. I’m 35 now.  I’ll always be available to play for England if they want me to play. I completely understand that depends on how well I’m playing, if I’m wanted in the team, if there’s someone else.

I’ll always put my hand up but I totally understand if the coach decides it’s someone else’s chance now.

The Kiwis have had a few retirements themselves and a few players went to Tonga.  Simon Mannering’s given it away, so have Ben Matulino and Russell Packer. Adin Fonua-Blake has followed Jason Taumalolo and the others over to the Mate Ma’a.

While I wouldn’t say I feel sorry for them – we want to win every time we come up against them – you can sympathise with them a little bit, knowing what’s going on.

That’s the way it goes sometimes. Sometimes it takes a year or two to get through that rebuilding phase.

When Michael Maguire came to Wigan it was a similar kind of period. He was massive for us. I’m sure he’ll be big for them in that rebuilding phase.

There’s enough quality players in that side that if people decide not to play for them, or play for a different nation, they’ve got a big enough conveyor belt for those voids to be filled and for high standard players to come in.

Finally, some people will say: why should the game in Australia help us anyway?

That is a genuine point. But I think if you’re involved in rugby league, you want to see the game, the brand, promoted everywhere in the world.

There are people coming from Super League who are going over to play for clubs in the NRL. This is going to produce more of that. There is a clear benefit to the Australian game in this way.

Australia and New Zealand are dominant. They’re holding all the cards a little bit. But there’s a responsibility there, not just to those of us in England but to the emerging nations across the globe, to promote the game in the hope that it filters down to the countries who are just starting to play our great sport.