From student to World Cup

I’m really determined to ensure my diabetes doesn’t stop me from reaching my potential in netball, or any other part of my life. Making the World Cup squad has given me the feeling that I’m going OK so far! It’s an amazing feeling.

I was told early last week, but had to keep it a secret for three days before it was made public. It was quite a funny situation, given I was midway through a uni lecture when I found out.

All the girls are given five-minute slots where the officials inform you if you’ve been selected. My lecture for occupational therapy went from 12-4pm and my allotted time was 1.15pm.

I didn’t want to be a hassle and move the appointment time around or anything. I thought I could just make it work and take the call when it came.

But I ended up getting really nervous, watching the clock and feeling sick in my stomach because it meant the world to me. I was worried I’d come back from taking the call with blotches under my eyes if I missed out!

I kept looking at the time on my laptop, every minute. I really didn’t think I’d be like that. When my time came around, I excused myself from the lecture. A few of my friends there were wondering what was going on and checking to see if I was OK.

It’s always been a dream of mine to represent my country. The past couple of days have been an absolute whirlwind. I’m just so grateful for everyone who believed in me and those who have helped me get to where I am today, especially the @nswswifts. I’m still pinching myself ~ it’s such a huge honour and I’m beyond excited to have the opportunity to represent Australia in the 2019 World Cup with such an amazing group! Thank you for all your kind messages and support! 💕💎

Luckily, the news was good. I was jumping up and down on the spot by myself. It must have looked so weird! I went back into the lecture and tried to keep it to myself, but I couldn’t wipe the smile off my face. I was beaming on the inside. I was so happy.

I wanted to call Mum and Dad but, being caught up in the lecture, I sent them a text message and obviously they were extremely proud. I called them that night and we had a nice chat.

I’ve been in the Diamonds squad for a year and have been to two camps previously, but I haven’t actually made the team. I’ll be the only athlete in our World Cup team without a cap next to my name.

To be actually competing in the World Cup is going to be next-level. It’s hard to believe still. I’m in this big happiness bubble right now.

I received a lot of messages from people and there’s been so much support. It’s been really nice.

Being part of the squad for the Fast5, it gave me goosebumps walking out onto the court. It’s amazing for me now to think that I’m following in the footsteps of a Julie Corletto, Laura Geitz – such big names of our sport.

Maybe that’s why it’s taking a while to really hit home, just thinking to myself, ‘I’m not as good as them!’ Now I have the chance to just do my best. 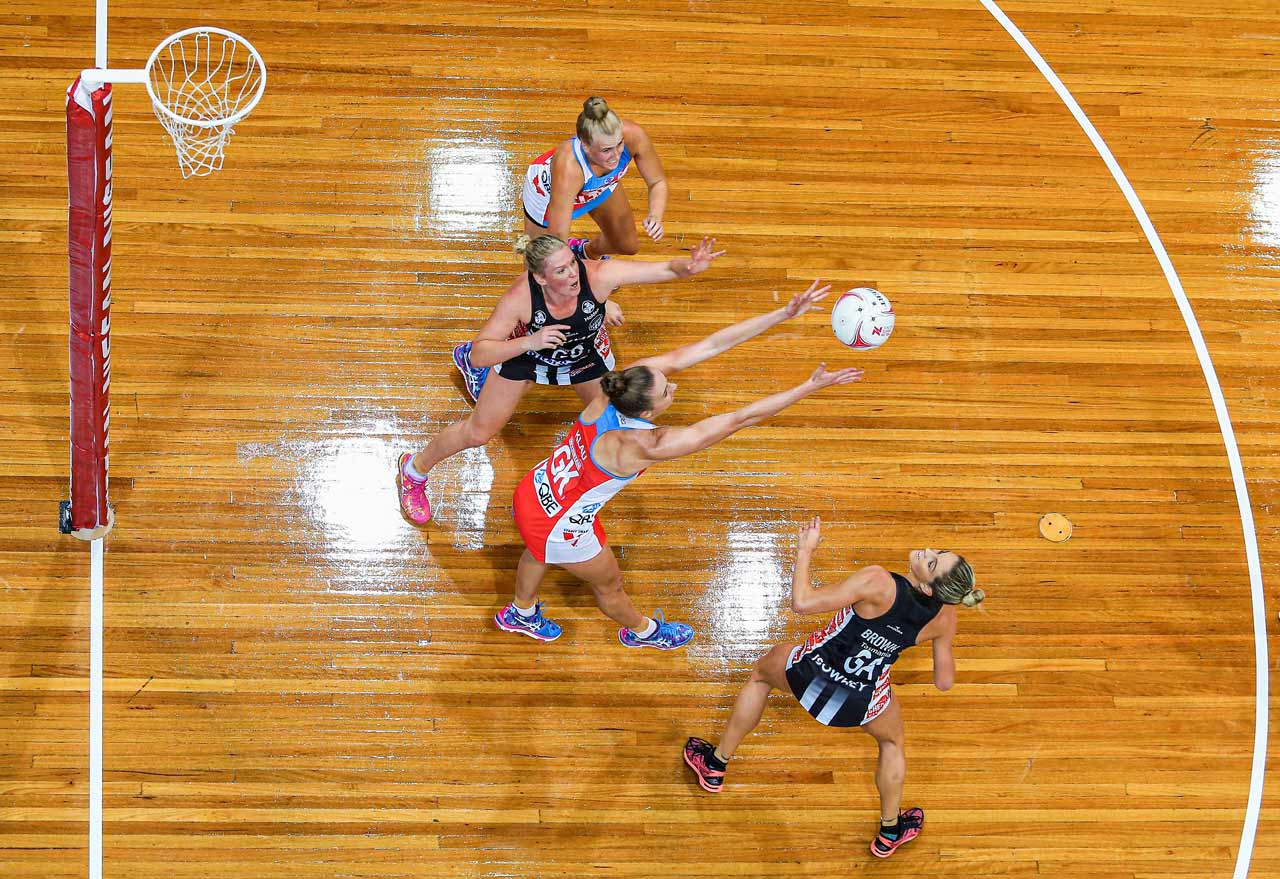 As a kid, even though I played netball from the age of eight, I was probably more likely to end up playing music for a living than playing sport.

Growing up in Yorketown — a town of about 500 people, 90 kilometres west of Adelaide — there wasn’t a whole lot to do. We had a piano in the house, which Mum used to play, and she encouraged me to take it up. I kept doing it and enjoyed it.

My parents weren’t financially able to send me to a private boarding school, but Helen Stockings, my piano teacher at the time, she saw something in me, made it seem possible and called the school.

Miraculously, I was able to get a music scholarship to Immanuel College in Adelaide. Without this amazing opportunity, I wouldn’t have been able to continue with my netball at a competitive level.

I pursued learning three instruments, the violin, flute and piano, up until Year 12 and did solo performances. If sport hadn’t come up for me, I think I would have continued down the music pathway because it’s always been a big part of my life.

Along with music, sport was a big thing for me, as it is with anyone who grows up in the country. It’s a real community thing, it’s what everyone did on the weekend, so it was just a natural part of life.

I was spotted at a country regional championship by Scott Waddington and he brought me to a metro side called the Adelaide Cougars. I also became involved in the South Australian Sports Institute, where Tania Obst became a huge part of my development.

I progressed through the ranks and joined the Thunderbirds. I had a year there but it was a very challenging up-and-down sort of time. Our coach left halfway through the season and losing all but two games really hurts your confidence.

It was my first taste at that level though, gaining some sporadic court time and that was enough for me at that time.

At the end of the year, I was only initially offered a training partner role for the following season, which didn’t make me feel very valued. I had a couple of other opportunities, so I started looking around.

After a few months, reality struck me. This new lifestyle was forever, an invisible disease that comes with a heavy price.

Rob Wright, who was coach at the Swifts, asked Maddy Turner if she knew any defenders. Maddy put forward my name, Rob called me and I knew straightaway that it was the right move to make.

I’d had plenty of experience playing in SA with Maddy and that was a big drawcard for me. Our relationship on court has really developed and I’ve really enjoyed it. Apart from that, Sydney is an amazing city, so how could I say no?

Confidence has taken time to build, but I’ve always had high standards and always wanted to be the best version of myself.

A huge CONGRATS to this absolute legend for reaching her 50 games! ~ Here’s to another 8 more years together, couldn’t imagine doing it without ya! 🎉👯‍♀️💕🙌

During my first year at the Swifts, it was all about getting court time and learning as much as possible. Last year I was still developing slowly. Then, this year, I sat down with the coaches and they instilled a lot of confidence in me.

I could feel the belief and it helped me put everything forward into making the World Cup squad.

I didn’t want anything to impact my performance and, come selection day, I didn’t want to have any regrets. This year I’ve done a lot of work with the psychologist, about self-belief and process thinking.

I’m really lucky with the culture we have at the Swifts. It’s really helped me develop. Apart from feeling great on the court, I’ve been encouraged to speak up and say what I think. It’s a great environment to be in.

I really love the Swifts. This is probably the most cohesive team I’ve ever been a part of. It’s a credit to the coaches. Everyone around us goes above and beyond, and it’s helped us to start the season well.