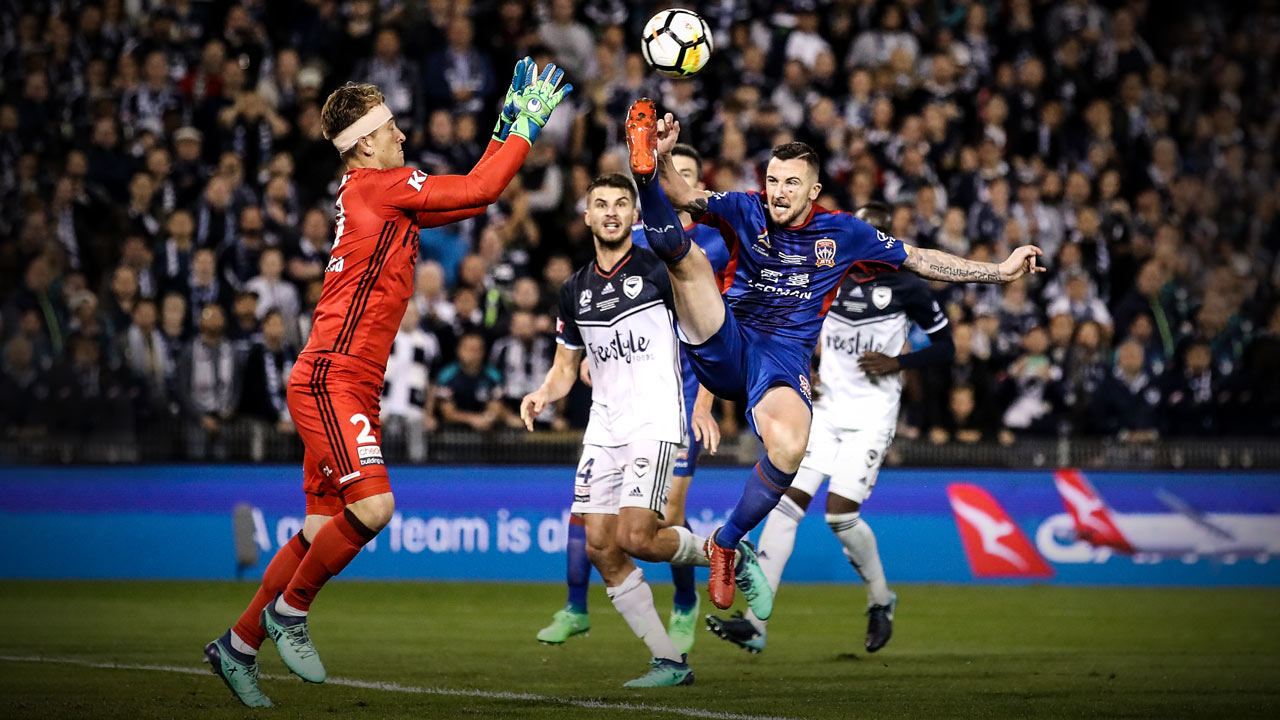 The other side of the story

The other side of the story

I don’t get any benefit of the doubt.

I haven’t had the benefit of the doubt since the end of 2015, when I made an unprofessional decision to retaliate to an elbow from Manny Muscat with a headbutt and got an eight-game suspension.

All the bravado from me on the field is usually pantomime, but I lost my cool for a second on that occasion. I made a mistake, was out of order and put my hand up for it. If there was one thing in my career I could go back in time to fix, that would be it.

But I still felt the length of the ban was harsh.

I admit I’ve made mistakes. I push the boundaries, I know that, but I’ll shake anybody’s hand after a game. I think I’m an honest, fair player, probably a bit harder than what people are used to over here but not in a nasty way by any stretch of the imagination.

As much as I come across as aggressive and I’m a nuisance and all those things, that’s all to do with helping my team score goals. That’s just my persona, the way I’ve been taught to play the game.

I’m not worried about people’s opinions of me per se, but I’m certainly worried about how perceptions affect my football career and it seems to me that the headbutt incident has had an overbearing effect on anything that has happened to do with me since.

It’s like any mud anyone wants to throw at me sticks and that there’s no problem with that.

Last season, I was red-carded and banned for two games for what was really a nothing incident involving Jordy Buijs. I didn’t intentionally strike him. I’m trying to get to the ball and he’s blocking me, and then he goes down and rolls over six times.

I made some public comments after that. I thought the system in place had failed me. There was a chance, I thought, on the Monday for people to step back and say, ‘He didn’t intend to do that’.

There are two sides to every story, but with Roy O’Donovan there seems to be only one side of the story being heard in Australia.

Maybe I upset a few people along the way with my style of play and my forthright nature. I play the game a certain way, I don’t shy away from that, but at the end of the day it’s all about passion with me. I’m obsessed with winning.

People said I recklessly put an opposition player in jeopardy. I’m saying I got my foot up to try to score with a scissor kick. I’m competing for a ball I believe I can get to first and I’m not taking the goalkeeper into account.

I’m committed by the time my foot goes up instinctively. My velocity is going against gravity and my thinking is, ‘If I get to the ball first, there’s a chance I’ll score a goal’. There’s also a chance that if I get to it first, I’ll get cleaned up – a punch that hits me in the face instead of the ball and knees in the ribs.

I’ve never in my life accounted for a goalkeeper not expecting me to go for a ball, so that’s how I think the collision ended up looking as clumsy and ridiculous as it did.

There are two sides to every story, but with Roy O’Donovan there seems to be only one side of the story being heard in Australia.

My job is to score goals. Scoring goals is about a lot of things, but the two main things are having an instinct for where the ball is going to land and a willingness to attack it whether you think you’re going to get cleaned up or not.

I’ve never set out to injure anybody and never will. I was trying to win in the last few minutes of a grand final. Not for a second did I think the goalkeeper wasn’t going to see me coming and that we were going to collide.

I can only look after my patch of grass and my eyes were following the ball. Set up the same scenario 100 times and 99 times there probably wouldn’t be such a collision.

In life, you learn more from your mistakes than your successes and I had to pay a price for the way it turned out. I was honest with myself. I owned up, I made a mistake. But it was a very heavy price.