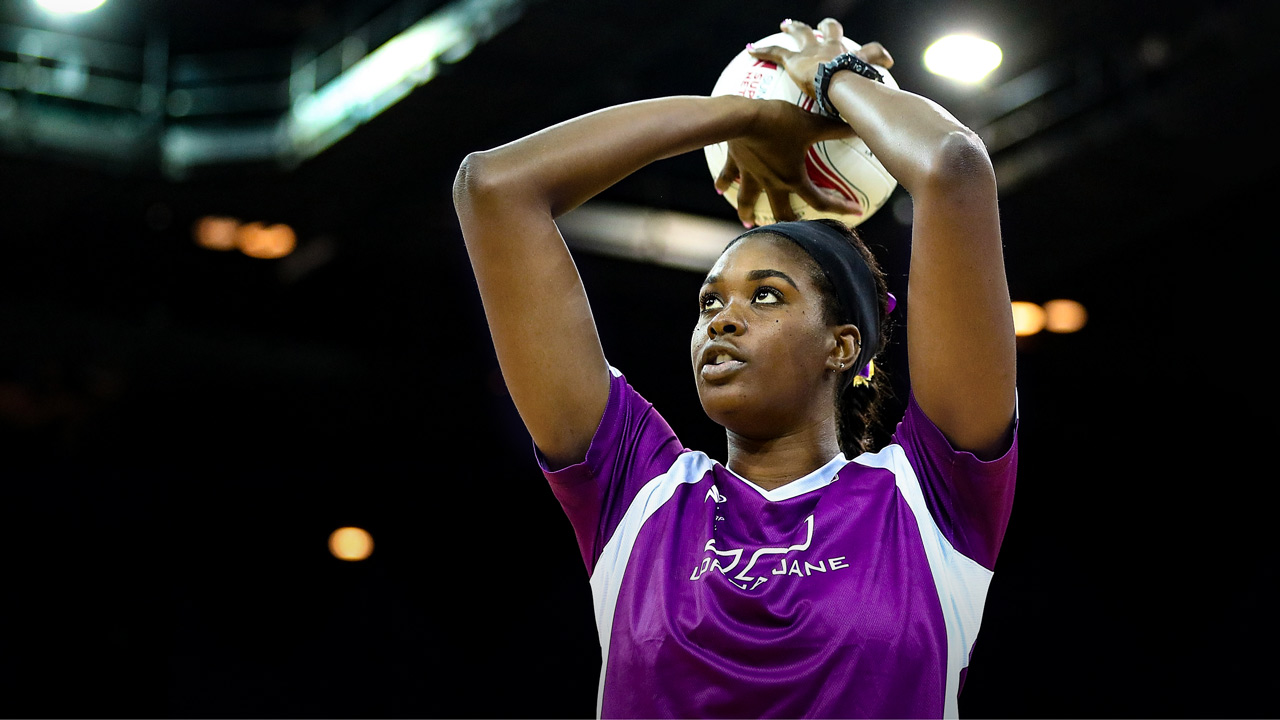 What my stalker taught me

What my stalker taught me

I don’t know how many pairs of shoes I have. Too many! I’m obsessed.

But there’s one pair I wish I’d kept: my first netball shoes.

I wore them until they were run down and the soles were worn out, with cardboard my mum had packed inside. Back home in Jamaica, we were pretty much playing on concrete and whenever you’d land you’d feel every single vibration.

But guess what? We were kids. It was totally normal.

To be honest, you could wear your school shoes to netball training; it didn’t matter, as long as you were having fun and doing everything you needed to do. Then the club that I joined gave us new shoes, beautiful black ones.

Having one pair back then was like magic. It was ‘oh wow’.

I wore them when I made my Test debut for Jamaica in 2005. Then, after I wasn’t selected in the 2006 Commonwealth Games team, I threw them in the bin.

The Comm Games one was a bit of a lightbulb moment for me, because I was 17 and I felt like I was doing what I needed to do to be the best player I could be at the time. To be told by one selector ‘you’ll never make another team for as long as I’m on this panel’, it really cut me deep.

Old-school people in Jamaica, that’s how they see things: it’s a ‘you’re never on the team until the plane door is closed’ kind of attitude, so you continuously had to work, day in, day out. I missed my school exams to come to netball trials, and then I was told that.

Not to sound cocky, but the person they took, up until this day, I am far and away a better player than her. So I asked myself at the time, ‘Are you going to sit there and take it?’ And, yes, I did. At the start I did take it because I was like ‘Nuh, I’m out, I threw my shoes in the bin’. The only netball shoes I’d ever had.

I said to my coach at the time, Mr Nevins, ‘I’m too young to deal with this. I don’t want to be a part of this. I’ve worked hard’. To be told at such a young age that you’re not good enough, for no reason, it wasn’t fair.

Mr Nevins and I sat down and spoke. He sees a lot in all his players but he said, ‘There’s just something special about you and I really want you to prove them wrong, or prove her wrong, that you can get to places, you are good enough. And don’t do it for anyone else, just do it for yourself and for your family’.

I remember the weekend the team got back from Melbourne, from the Comm Games. We had netball finals that afternoon and I was playing against Jamaica’s top defender. Mr Nevins was on the sideline, he was jumping up and saying, ‘That’s what you left behind in Jamaica, there she is, she’s carving up your defenders’.

He was going really hard at them, and I had a ‘yeah, in your face’ kind of attitude. I had a new pair of shoes by then, that Mr Nevins had bought me.

And now when I go in my closet and I see more than two pairs of shoes I’m like ‘far out’.

I was SHAKING IN MY BOOTS

The 2007 world champs in New Zealand, that was my big break. That’s where Vicki Wilson saw me.

By then, Jamaica had got rid of that lady who told me I wasn’t good enough and by then I wasn’t doing it for anyone except for myself.

I was like ‘I’m doing nothing to take anyone else’s sunshine away. I’m just going to wait my turn and whenever I’m put out there on court I’m going to show the whole netball universe that I’m here for a reason, I’ve worked hard for it, and I’ve never once relied on my height for anything’.

I’d go to the court with Mr Nevins and I would throw the ball at the wall as hard as I could. Then I would have to catch it. That’s how I learnt to catch and pass, and I would shoot for hours, so I’ve never stopped putting in the work or thought, ‘I’ve been given this opportunity because I’m tall’. Never once.

I’ve played 80 Tests for Jamaica, won Comm Games and world champs medals. And now when I go in my closet and I see more than two pairs of shoes I’m like ‘far out’.

When I got my chance to play, Elaine Davis was injured and Connie Francis said to me, ‘Romelda, you’re on’. I was so nervous, I was shaking in my boots, but I had to remember ‘this is what you’ve worked hard for – of course you’re nervous, it’s totally normal’, and I was sitting there just geeing myself up.

I remember stepping out on court thinking ‘this is my big break’ and, to be honest, up until today I cannot tell you what actually happened. It was just a blur. The adrenaline, everything, kicked in.

One game, we were playing against New Zealand and all the girls were talking about Vili Davu and how much she’s just going to pick me up by the collar. I was so tiny at the time, and they thought she was just going to push me all over the place.

So I was like ‘all right then, Davu, bring me your A-game. I want to play against the best, so whatever is gonna happen is gonna happen’. She did not scare me. I looked at her and I was like ‘bring it’. That was my attitude. It still is.

When Vicki Wilson invited me to play for the Firebirds in 2008, I didn’t know who she was. But I’d been to Australia once before – Melbourne was my first stop, and I just fell in love with it. I felt like coming to Australia was my calling.

I was very shy when I got here. Very nervous. At that time, I was very slim. I was a skinny Jamaican girl coming out to this big country, compared to my little home town where I still had a signed poster of my idol, Sharelle McMahon, on my bedroom wall. It was very different. I felt like I was the minority.