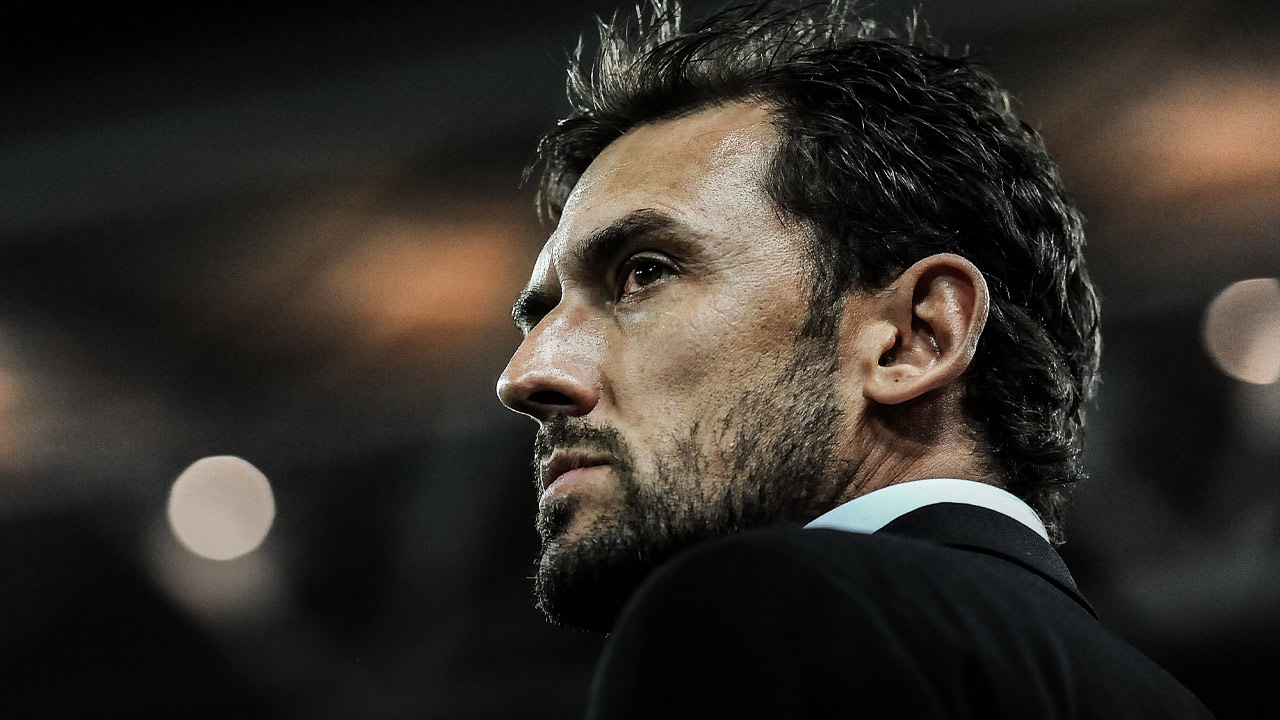 The master of separation

The master of separation

The only regrets I have about my time playing for Tony Popovic are that it wasn’t for longer, and it didn’t happen earlier.

If I had him as my coach when I was 21 or 22, who knows how much better I could have been. I came to the Wanderers at 32 and I felt I was getting better and learning things that I’d never learned before as a defender, with positioning and other areas of the game.

His attention to detail is legendary. We’d do a video session that might focus on literally half a step. He would say, ‘you’re in a decent position there but if you move half a step to the left he’s not going to score‘. Or, ‘he has gone past you and you turned this way – turn that way’, and you save half a step and a split second and that’s the difference between a last-ditch block and not getting there.

That’s how he works. Those minute details. It starts as a big picture but he narrows it right down.

I’m not sure if Perth operates the same way but I presume they do. At the Wanderers, every player had an iPad provided to them and clips would be loaded on it. You’d get a text when they were ready to watch. It would be clips of your defending, team defending, the opposition, set pieces, all these aspects to the game. You had to study and maybe that day when you got to training you’d go through it again, over and over.

Before a match, when you arrived at a stadium, you gave them your iPad. After the game, when you finished your shower, your iPad would be there and you’d have every single clip of yourself plus the full match shot from the wide view. You could see all the mistakes you made. And all the good things you did. 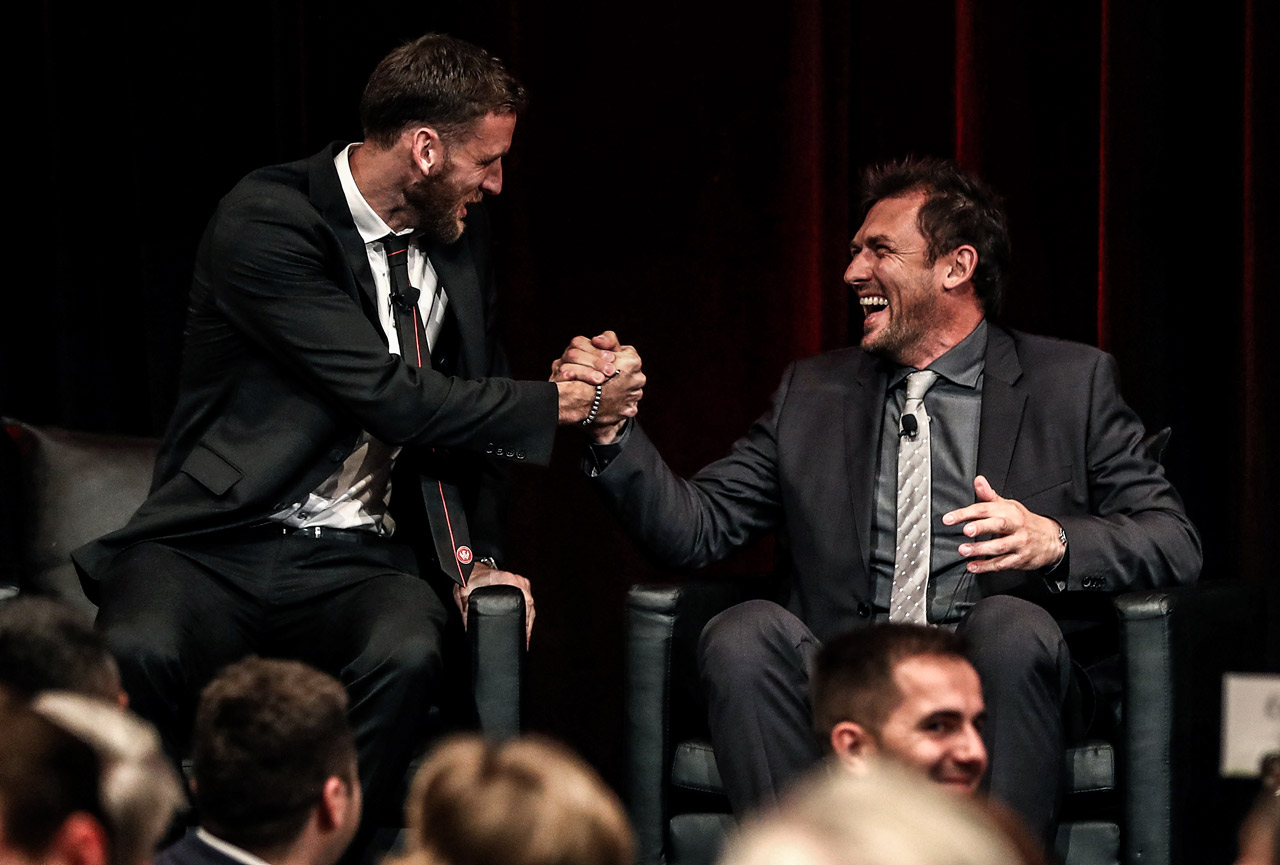 Every training session was filmed. There were drones for aerial views. And you’d go through that footage as a defence.

Sometimes the assistant Hayden Foxe or Tony would call you into the office and got through things with you individually. Sometimes it was good, sometimes it was bad. I was on the end of a few bad ones early on. It’s not fun!

He’s very clever in the way he deals with a player. When he brought me to the club, he made it clear how much he wanted me. But I felt that when I arrived he gave me the cold shoulder – almost like ‘you’ve got a lot of work to do’.

It was after a month or so, maybe a little longer, and he called me into the office and the whole coaching staff was there. He said, ‘good morning, how are you, take a seat’, and I was, ‘yeah, cool’. He pressed play on a clip of me blocking a shot. An opponent was shooting and I was going across my body with my left leg instead of sticking out my right, which means I could have been turned if the guy cut back.

I’m a very confident person. Proactive but respectful. I said, ‘yeah I remember this. I apologise, you had said to go with the other leg there.’

He showed me 15 to 20 clips of me blocking with the wrong leg. He had them there ready. I wish I hadn’t said anything. I’d basically owned up. That was a learning curve.

That minute detail, that mattered to him. And it mattered enough to pull me into a meeting. On the flipside if we did a 3v2 training session, defenders v attackers, and I blocked a strike with the correct leg he’d celebrate like we’d scored a goal. That’s how much it meant to him and you could see that improvement in your own game.

Once you get praised or ‘job well done’ from Tony Popovic, you’ve really earned it. 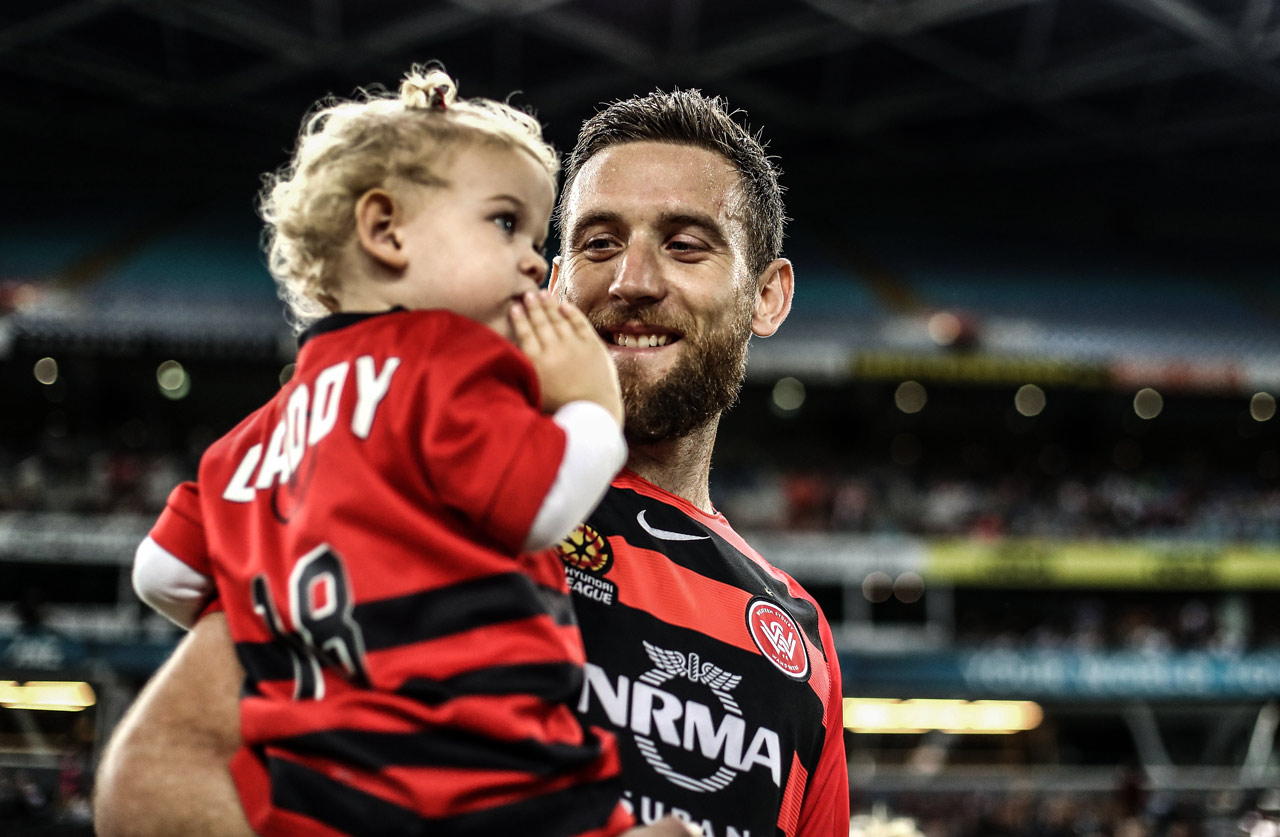 NOT JUST THE COACH BUT THE BOSS

I make no secret of the fact he’s the best coach I’ve ever worked with. It’s the hardest you’ve ever worked but there’s a difference between working hard and working too hard and not getting anything out of it.

If players are being asked to do something they find extremely tough, they’ll put up with it if they know it’s the right thing, that it will make them better players.

There was a time when I was playing in Korea and the coach would say ‘go for a 6k run’ for the third day in a row and you’re like, ‘why, it’s stupid and boring?’

Everything he did, the majority of the players bought into it because it was the right thing to do. And there wasn’t really an alternative if you wanted to be part of the team.

He’s uncompromising. Before my time, he had foreign players or marquee players who didn’t do what he wanted and they were left out. He’s not afraid to make the big decisions.

He looked straight at me and said: ‘so you remember? So you remember I told you not to do it with that leg and you did it?’

Tony works a lot on his craft. When he gives a presentation before training it can be quite inspiring, he’s a very good speaker. I feel like he could deliver a grand final halftime team talk every day.

For me, he pushed the right buttons and he could adapt. As soon as I was too comfortable, he’d bring me right back down to earth quickly. He can deliver a heartfelt pick-me-up, or he can deliver a hairdryer, but it’s calculated. Sometimes when you think you’re on the top of your game, that’s when you’d get a hairdryer. And when you’re not going so well or making a lot of mistakes, that’s when he’d put an arm around you.

I feel like now players know his track record, know he’s going to make them a better player and if you want to be a better player you go and play for Tony Popovic. If you just want to play and what he brings to it is a bit too hard for you, you don’t.

Once you’ve earned his respect you can have a joke and you can connect on a different level. Until you get to there, it can be very business-like.

I think he is the master of separating himself from the players. Whether it’s deliberate or not, you always have that feeling that he is above you. At a lot of clubs now the players hold the power. In my experience, at other clubs you can get the feeling the coach is your coach, but not the boss. Tony is the boss.

I believe a lot of things he does are deliberate to create that separation. I think creating that barrier is an important part as to why he has been so successful.