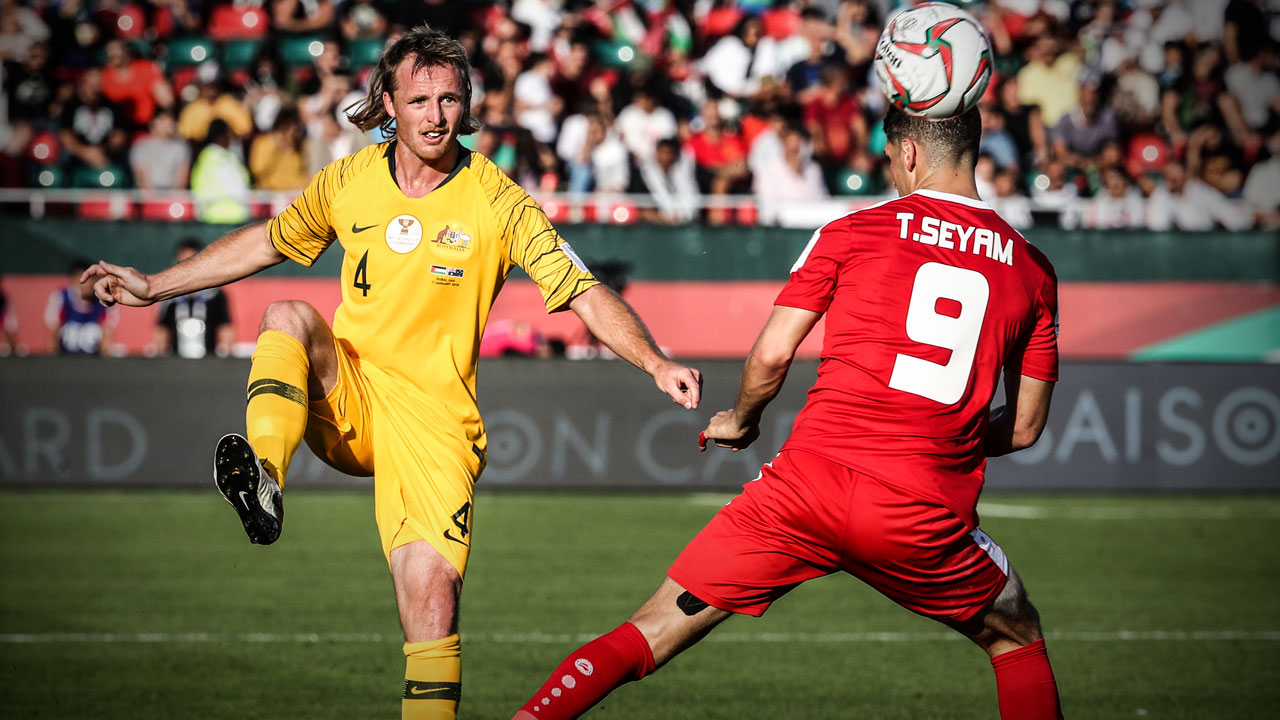 I’m lucky to be alive

I’m lucky to be alive

I don’t want this to come across as a sob story. I am lucky to be representing the Socceroos at this Asian Cup.

I’m lucky to be alive at all.

Six months ago, I went for a surf and almost didn’t come back. I know a lot of people out there have probably had their own near-death experiences. It takes a lot to wrap your head around something like that.

I still feel rattled when I tell the story.

I’d just been cleared to come back from my second ACL injury when it happened. I was living in Collaroy on Sydney’s northern beaches and there’s a break just off the point there that had become my local surf spot.

One afternoon, a week before the start of pre-season, the surf was pumping. So I grabbed my board – an old-school longboard I picked up for a couple of hundred bucks at a garage sale – and went down for a look.

It’s hard to say exactly how big the swell was because it was pretty choppy. I reckon it would have been five-foot, minimum, with some bigger sets coming in. It was big enough that most people stayed on the beach. That’s what I should have done. Going out on that board in swells that size was a massive rookie error.

I grew up in Canowindra in the central west of NSW so obviously I’m not the most natural surfer. A country boy at the beach. What could go wrong?

I was over-confident after surfing some big waves a couple of weeks before but as I paddled out I realised just how sketchy it was. I was halfway when I realised the swell was way too big for me. I was in no-man’s land, right where the waves break, when I decided to turn and go back in.

I got caught on the inside of a few big sets and with the long board I thought I had to ditch it and dive under, rather than duck-dive. That’s how I got into real strife.

A bit further down the beach at Collaroy, there’s a huge sewage pipe that sits in the water and goes out a good 20 or 30 metres, from the shore to the ocean. On a good day you can see most of it but, on days like that, it’s pretty much completely submerged.

I was dragged towards the pipe. Then a wave picked me up and smashed me down on top of it. I hit my arm, leg and ribs hard. But before I could feel the pain, I was under the water. I came back up and got the chance to take one last breath before I was pushed straight underneath the pipe.

I felt my body get wedged in there, in the dark, and realised my leg rope was caught around one of the metal poles that hold the pipe up off the ocean floor.

I was pretty frantic, as you can imagine, fighting to get up for a breath, but I couldn’t reach my ankle to get free because the surf was pushing my leg in the opposite direction to the rest of my body.

I don’t know how long I was under that pipe but, after a while, the fight just went out of me. It seemed impossible.

I gave up. I stopped fighting.

I know that might sound exaggerated or heavy, but I did. I stopped trying to swim to the top. Everything went peaceful and quiet under the water. I got ready to just let it happen.

And then something happened that I can’t explain: my leg rope snapped. I got spat out on the other side of the pipe and washed down the beach.

I don’t know who it was, but someone was definitely looking out for me that day.

The moment it all hit home

As I walked out of the surf there was a crowd of people that got around me and tried to calm me down. They’d seen it all happen.

One bloke had watched me heading towards the pipe and run 50 metres, trying to see where I’d end up. He’d lost me when I went under and couldn’t believe I’d come out the other side.

He was a proper old surfer and he had a few stern words for me. He told me how lucky I was and how silly I’d been going out in those conditions like that.

Those words really made everything hit home.

I stopped trying to swim to the top. Everything went peaceful and quiet under the water. I got ready to just let it happen.

A nice old lady came over and had a look at me. She was a retired nurse and didn’t like the look of my arm, so she told me to get to a hospital. A young fella found my board and brought it back to me, but I couldn’t pick it up with my right arm. Getting out of my wetty was pretty painful as well, but it wasn’t until I got in the van and tried to turn the key in the ignition that I realised I must have broken my arm.

I couldn’t even start the car.

I was pretty out of it, but I managed to drive home. My housemate, Seb Ryall, was there and he could see straightaway that something wasn’t right. I was pale and obviously in a bit of shock. I was lucky that Seba was there for me, to be honest. He put me in the car and took me to the Sydney FC physio, who got me X-rayed.

I still can’t believe that out of that horrible situation I came away from it with just a little fracture. It could have been so much worse.

I called my old man to let him know. He was with Mum and as soon as they heard my voice, they thought I must have done my ACL again. When I told them the story, I could tell they were pretty rattled. I could hear how thankful they were to still have me.