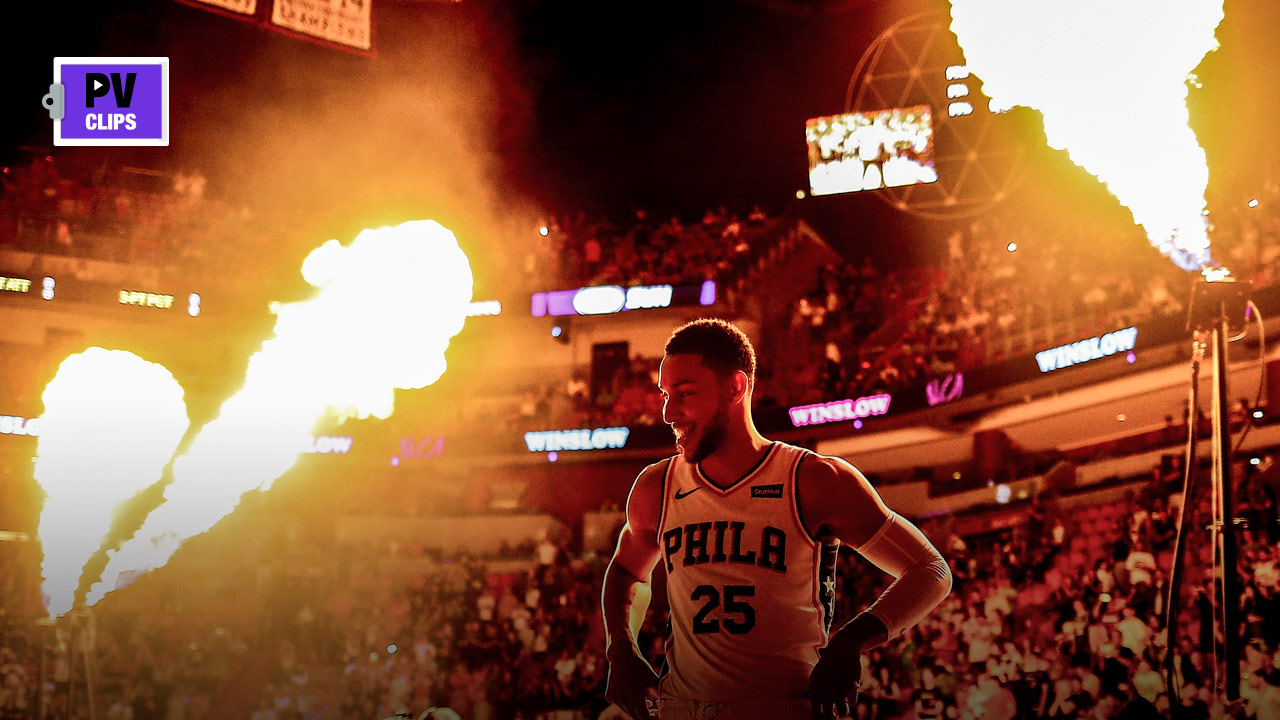 ‘Philly’s a brutal place to play’

‘Philly’s a brutal place to play’

Andrew Bogut has reserved special praise for fellow Aussie ace Ben Simmons, after the youngster was booed by his home crowd in Philadelphia 76ers at the Wells Fargo Center.

“Philly is a brutal place to play. I’ve had a few teammates in the last 14 years who’ve played in Philly in the past and they’ve had some very interesting stories to tell,” Bogut wrote for Yahoo Sport Australia this week.

“That’s kind of a ‘Philly’ thing to do but I guess it worked in a way if you argue it like that because they bounced back and smashed it in Game 2.

“Ben Simmons did a phenomenal job.”

Also in this week’s edition of PV Clips, Australian Test cricket captain Tim Paine declared in The Daily Telegraph why he’ll lean on Steve Smith and David Warner during The Ashes.

Two AFL stars have shared the ways they deal with the difficulties of professional football. For Collingwood’s Travis Varcoe, it was the effect of racist trolls on his life on and off the field, while for Brisbane’s Mitch Robinson, it is the truth of concussion.

Bogut went on to reveal what really went on inside the Golden State locker room after his Warriors let a 31-point lead slip against the LA Clippers.

“We were pissed off about it and we need to get better,” Bogut continued.

“But I think that’s a good thing. If it was quiet in the locker room after a game like that it wouldn’t be a great sign.”

Check out Bogut’s full column on Yahoo Sport Australia to see how the Warriors plan to respond and what he expects DeMarcus Cousins’ injury will mean for his time on court.

The Melbourne Demons will pay respects to their 30 former players who lost their lives serving in World War I and II with a specially designed Anzac Day Eve guernsey for their match against Richmond.

One of those players was Ron Barassi Sr, the father of VFL legend Ron Jr. This week, the Demons presented Barassi with a replica guernsey, bearing the name of his father and the 29 other players lost in active service.

His reaction to the presentation and recollections of his father have been packaged into a must-watch video by the Melbourne Demons.

‘LEADERS IN OTHER FACETS’

Tim Paine has explained how he will lean on the returning Steve Smith and David Warner in the Ashes as Australia seeks to break an 18-year series drought on English soil.

“You don’t need a ‘C’ or a ‘VC’ next to your name to be a leader in the Australian cricket team,” Paine wrote for The Daily Telegraph.

“Certainly from my point of view as Test captain, I’ll be speaking to them regularly on the field about tactics or how we might get someone out.

“Off the field they’re both absolutely professional athletes, so we expect them to slot back into our team and even though they won’t be in official leadership roles, they’ll be leaders in all other facets.”

Read the full column to get Paine’s thoughts on Josh Hazlewood’s World Cup snub, the newly contracted James Pattinson and why Peter Handscomb could still be considered a ‘no.2 wicketkeeper”.

"Although they won't be in official leadership roles, they'll be leaders in all other facets."In an exclusive column,…

A recent spate of online racism directed at AFL players has seen painful memories resurface for a number of players, including Collingwood’s Travis Varcoe.

While the most recent foul tirades have been directed at the likes of Eddie Betts and Liam Ryan, Varcoe recalled the devastating effect a fan’s Facebook post had on him and his family, while speaking to ABC’s 7:30 program.

Collingwood Football Club star Travis Varcoe is fighting back against racist trolls who targetted him on a Facebook page. AFL

WHAT THE UMPS ARE GETTING RIGHT

Players and umpires don’t always see eye to eye, so it is refreshing to hear a player praise the umpires’ collective efforts to protect player safety in the case of the ‘sling tackle’.

Brisbane’s Mitch Robinson has recounted to Exclusive Insight’s #RipThroughIt podcast his reaction to the distressing vision of a concussed Will Powell of the Gold Coast falling over on-field.

But Robinson did commend the work of the umpires in their crackdown on the dangerous ‘sling tackle’, as debate intensifies over whether a ‘concussion substitute’ should be introduced by the AFL.