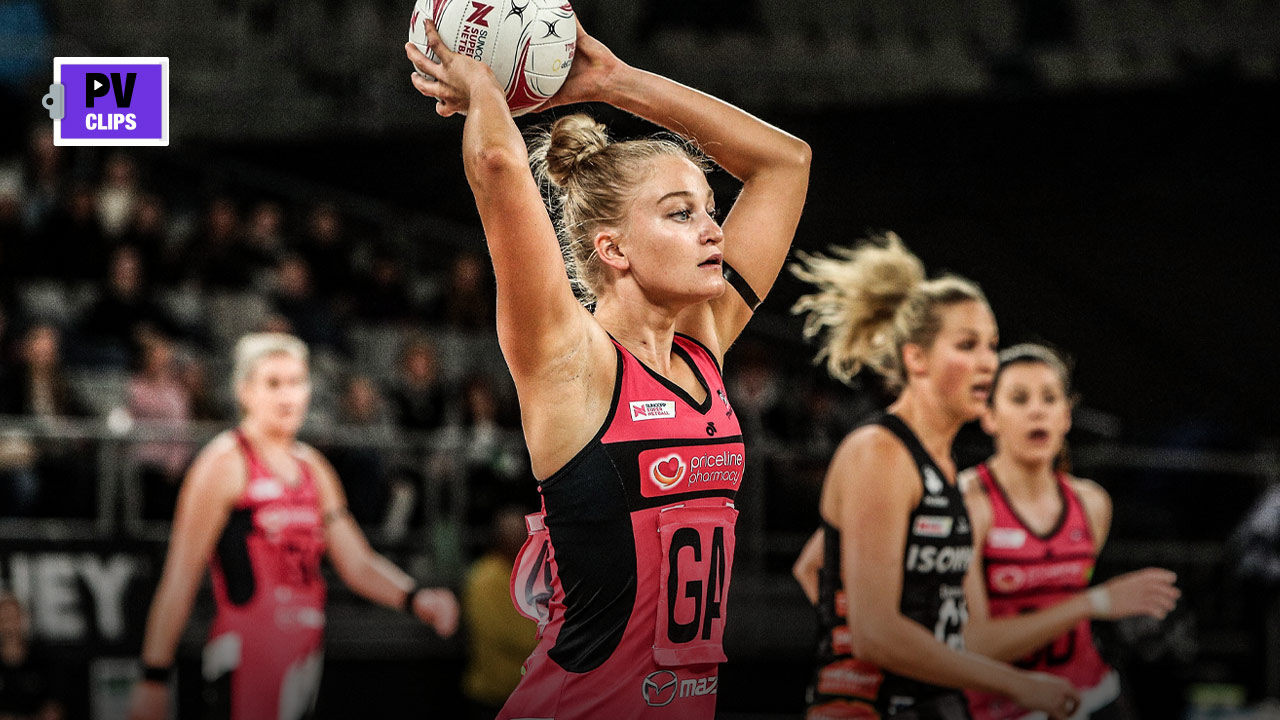 Some thought-provoking stories in this week’s PV Clips – and one or two to lighten the load.

Our lead piece, an Exclusive Insight story by netballer Charlee Hodges, highlights what is often overlooked when we pass judgement on people in the public eye. That is, we all have stuff going on in our lives. In Hodges’ case, it was a family tragedy, which made criticism of her decision to leave the Adelaide Thunderbirds hard for her to handle.

From the NBA, Uninterrupted presents a moving piece with Andre Drummond, in which the All-Star reveals the intense loneliness he’s experienced during his career.

Among our other selections, Gold Coast Suns draftee Ben King lifts the lid on what really goes on at Players’ Association Induction Camps, new Western Sydney Wanderers player Mitch Duke films a precious video of him surprising his parents with his homecoming and Glenn Maxwell talks about his favourite memory as a cricket fan.

Oh, there’s also Super Bowl Champion Martellus Bennett revealing all about his day smokin’ weed with Snoop Dogg. Because, why not?

The netballer was elevated to the Adelaide Thunderbirds 10-player squad as a temporary replacement last year before, soon afterwards, accepting an offer to join New Zealand side Northern Stars.

Hodges couldn’t help but take in what the media and public thought about it – and not all of it was good.

What people didn’t know was that Hodges was also dealing with the tragedy of her step-father having taken his own life. This piece is a really important reminder that athletes have all sorts of things going on in their lives and we don’t always know the full story.

Not the scoreline we wanted but it was so humbling to be out on court with this amazing crew. Bring on round 2!

A really nice insight from Gold Coast Suns draftee Ben King into the workings of the AFL Players’ Association in this piece on the AFLPA site.

Players’ Associations play a key role in many sports – and we’re not just referring to stoushes like last year’s revenue battle between Cricket Australia and the Australian Cricketers’ Association.

King admits he had no idea what the AFLPA’s job was, but the two-day Induction Camp introduced over 100 first-year players to its work in areas such as helping players with education, working with sponsors, financial literacy and mental health. It’s well worth a read.

Picture this … After four long years living overseas, you pull up out the front of your family home in Australia. Your parents are sitting on the veranda and you’re about to surprise them with them with some big news. You’ve decided to move back home to play football for your local club!

That’s the surprise Mitch Duke gave his mum and dad, Arlene and Bill, this week. After four years in Japan playing for Shimizu S-Pulse, Mitch returns to the A-League with the Western Sydney Wanderers.

We think this video by the Wanderers is unreal, capturing the moment Mitch reunited with his folks at the family home in Western Sydney. Understandably, there were a few watery eyes!

There's no better way to announce your new club than by surprising the people you love most ❤️?Welcome to the Red & Black Mitchell Duke: https://wsw.football/Duke

When Gilly had a blast

Everyone has a favourite Adam Gilchrist innings. For, little Glenn Maxwell, then a 10-year-old boy sitting in the Northern Stand at the MCG, getting fried by the sun, it was Gilly’s 154 against Sri Lanka in 1999.

So enamoured by the knock was young Maxi, he rates it his No.1 of all ODI innings, in this video with Direct Hit. We think one of the best things about the innings was Richie Benaud’s commentary for the two runs Gilly scored to move past 100.

The innings marked a new record for the highest score in an ODI by an Australian.

Losing friends in the nba

“I grew up without a father, so it was tough for me to get attached to anybody. Because he left …”

For a long time, NBA All-Star Andre Drummond found it tough to have friendships with his Detroit Pistons teammates. He says that everyone he liked either got fired, traded or left to play elsewhere, so he didn’t want to get close to anyone.

#DaysWithDre on Uninterrupted is an incredible insight into what it has been like for Drummond growing up in the NBA – produced and directed by the man himself!

In this extraordinary story on AthletesVoice, Hockeyroos player Brooke Peris calls on knowledge from her aunty and her cousin, Nova Peris, to convey the deeply sad but important experience of her grandmother, a member of the Stolen Generations.

Nora Peris was taken at age five, re-united with her mother at 18, but their time together was brief. The story provides a powerful background as to why family is so important to the Peris relatives.

At the end of the story, Brooke discusses the moment she truly realised her identity. Read the story here.