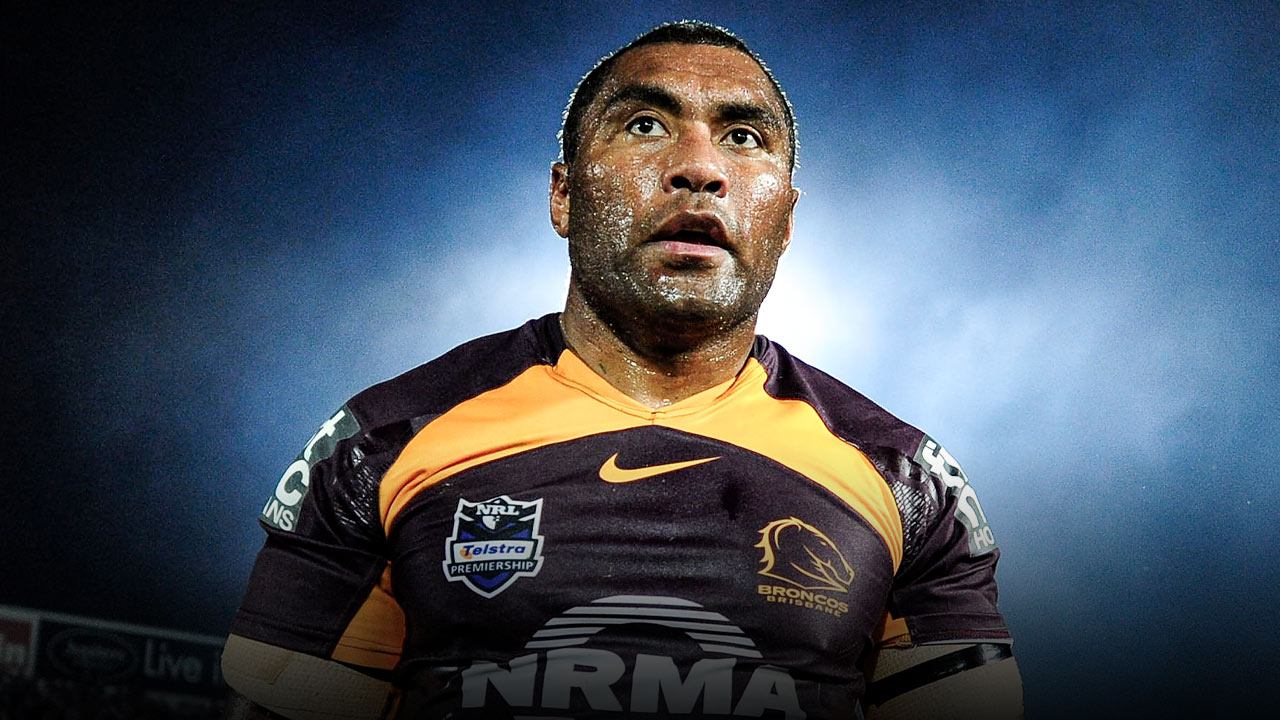 Brutal bootcamp that almost ended me

Brutal bootcamp that almost ended me

Petero Civoniceva nearly fried his kidneys during a Wayne Bennett pre-season torture session with the Broncos. He talks about that, the changing times in the Broncos sheds and his Origin memories in this extract from the Talking With TK podcast.

I was known as a big sweater. I sweated a lot when we were training and in games.

We were doing a pre-season camp one year and Wayne Bennett would do things that would test us in every capacity possible – physically, mentally, spiritually. He’d try to break you down.

One of the ways he would do that was to send us to Canungra army barracks where Australian soldiers would go to prepare for jungle warfare.

It was notorious. Wayne would have us there for three to four days and it was not a good experience.

We’d go on a bus down from Brisbane into the scrub. The first time we were 20 minutes or so away from camp and he made us get out of the bus. Standing on the side of the road were two army boys who took us on a torturous 5-6km run.

That wasn’t even a warm-up, that was a little welcome.

The next exercise had us on the march for 48 hours and half the team got food but couldn’t sleep, the other half had no food but they could sleep.

Through the day you’re marching through the scrub and there are exercises every 5-6km – lifting tyres, getting ten-gallon drums up the side of a mountain under a certain time.

They taught us how to patrol at night. The first night Gorden Tallis and I were on patrol together. The other boys were trying to get some sleep and we had to set a perimeter. Gordie said, ‘I’ll take this end and you take that end’. An hour into it I hear snoring, and there’s my partner Gorden Tallis just absolutely out to the world.

In the next five minutes I heard machine-gun fire – bang, bang bang. They had sent out units to find us in the scrub and we were up and on the move. The sergeant got us to run and they radioed through coordinates where we had to set up our next camp.

We were on the move all night. The next day I was starting to feel it, feeling really dehydrated. Into the afternoon, cramps set in. I didn’t have enough fluids in me. My whole body just shut down. My arms and legs were cramping up. Everything was gone. I couldn’t move. I couldn’t even stand up and the boys were getting concerned.

They tried to get some food into my guts, some chocolate, sugar but it wasn’t working. All of a sudden, I started to black out a bit. They radioed for the soldiers to get me and I went in the army hospital and then they realised I was in a bad situation. Then I got an ambulance up to Brisbane and I was in there for a couple of days replacing my fluids. I had blood in the urine and had been pretty close to frying my kidneys. It was some bad damage that sat me out for the next two weeks.

They stayed and kept doing the camps, probably just not as extreme.

Wayne always tells me, ‘You should have sat it out’. I told him that’s not me, I was never going to sit it out. I wanted to be there for the boys and in the end it nearly got me. Lucky we can laugh about it now.

He looked at me and said ‘get up’

The first lesson I learned in footy was to keep moving.

The youngest age group at the Redcliffe rugby club was under-12 and I’d just turned seven when I started playing. You had boys on the verge of puberty.

It was daunting but like every little kid they chucked me straight into halfback and I remember my first-ever game. We were playing the defending premiers at their ground.

They had this big kid all the boys were talking about, saying, ‘Watch out for him, he’s a bruiser’. First carry he buried his head in the middle of my chest and ran straight over me.

I remember tears rolling down my face, dust everywhere and as the dust cleared there’s my old man standing on the sideline, pissing himself laughing.

He looked at me and said, ‘Get up’. That was my first lesson. Keep moving, the legs going and get back in the game.

My dad came out to play rugby at Redcliffe from Fiji just after I was born.

He was a tough customer, got suspended quite a lot. That was footy back in those days. He loved the knuckle and to this day I think he still has the longest suspension in club history up there. It was nine weeks. He knocked a bloke out and then two blokes came in to support their fallen teammate and he knocked both of them out too.

I was a young kid watching him play, into his mid to late 30s. As a young fella, I was a bit anxious about the other stuff. Especially when he’d get sent and the opposition fans were booing him off. But some of my best memories as a kid were watching him play footy.