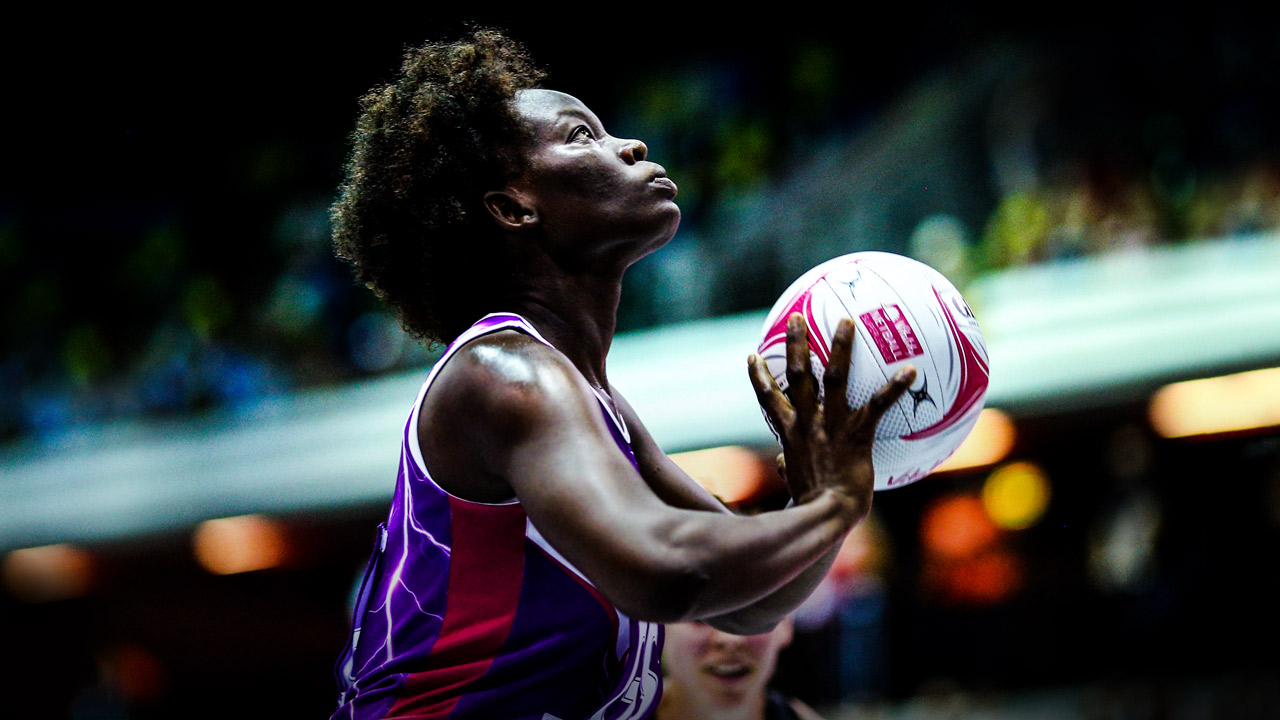 Out of eight children, I am number two. My elder is a boy who is now in the Uganda Air Forces.

I just happen to come from one of the unprivileged families around Arua District. My parents were not educated so, at that time, we could not access most of the basic needs that normal persons should have. Such as food, clothing, proper shelter and education.

We had to walk for over an hour to fetch water from the wells. Now, there are pumps to take it into people’s homes. To wash clothes, you would take them to the river. Sometimes relatives would come in to help but it was survival of the fittest.

When I went to primary school it was supposed to be free education, but even the small fee we had to pay – like, say $2 – my parents could not afford. But being someone who was devoted and dedicated, I just kept going to school, and halfway through, just by luck, someone paid the money.

I loved sports; I played so many sports growing up and trying my best to survive. My happiest moments in life were when participating in sports. At one point I was a high jumper, at another point I played volleyball, basketball.

By the time I got to secondary school, I was privileged to be spotted by my PE teacher who started training me in netball and after three years of training I managed to represent my school and the district at large in 2005.

This created exposure for me and was the starting point of my life. On the flip side of it, I was given all the necessities during time for sports, but when sports activities ended, I would be sent away from school because of the school fees my parents could not even afford.

My destination was always back to the garden where I could dig the whole day, then when the crops were ready, harvest and sell them to get some little money at the age of 14. Going to school went hand-in-hand with playing sports.

Eventually, I had given up the idea that I could continue with my education; I didn’t know that I could go any further, so after secondary school I returned to my mother and kept digging in the garden because, to me, agriculture was the only way out.

Being a strongly devoted Christian, I rejected the tradition of getting married at a tender age to help my family get some wealth. So I was left on my own, and it was when I was in the garden that the district chairperson called and told me that a club, NIC, needed me in Kampala.

I was, ‘Oh, my dream has come true’. If I had not disobeyed my father – in a good way! – and gone to the city, I would be a mother to 10 children, or more. I would be in the village right now, digging in the garden, as usual, and having to bring up my children while struggling with domestic violence, possibly – God forbid.

That’s what I’m seeing my colleagues going through. Most of my friends from primary school were forced into marriage. Even when they cried and protested, nobody came to their rescue. Very intelligent girls ended up forced into marriage and now, in that marriage, there’s sometimes a lot of domestic violence.

I have personally witnessed a girl of 12 years getting pregnant and handed over to the man. It depends on how remote the village is and what the parents are thinking.

When I go back home now I see these women seated by the roadside trying to sell things to survive. It’s painful to me. I know I would have been in that state.

NOT MY TIME TO DIE

It was 2008 when I received a call from National Insurance Corporation Holdings Netball Club asking me to play for them. Unlike my mother, my father was not in support of it. Being an ambitious person, I had to go against my father’s will, so I left my small village to go to Kampala to play netball.

Where I grew up, girls were supposed to just be marriage material. Compared with the boys, we were denied education. I told my mother, ‘This might be the starting point of my destiny, and this might be the way the family can be saved from extreme poverty. Please let me go’.

Despite this, my father still rejected it. He said that if I went to the city, I may end up becoming a prostitute, which would bring disgrace to the family by rendering me unsuitable for proper marriage – that I would not be able to be married decently because in our culture a girl is supposed to stay un-defiled until marriage, whether you are young or old.

I looked straight at my father. I told him, ‘Look here, where I am going I am not going to disgrace you or the community. I don’t want to disobey you, but for the sake of my destiny and my career I will stand against your will’.

If I had not disobeyed my father, I would be a mother to 10 children, or more. I would be in the village right now, having to bring up my children while struggling with domestic violence.

So, I got up, left and went to Kampala. My mother came with me.

When we boarded the bus, I sat next to a stranger who gave me some sweets to eat, just like you would share something with another traveller. I ate them. Little did I know that they were poisonous and I was going to meet my fate and have an aborted destiny. But that was not my time to die.

Up to date I cannot explain the reason – I lost the identity of the woman because, when I started chewing the sweet, she stopped the bus and got off.

When we got to the city my body started reacting to this poison. I got this acute stomach pain and started passing blood. The pain was so intense, but there was no money to get me to the hospital. After three days of passing blood, I was given some herbal medicine to override the poison.

When my mother called my father he said it was well-deserved for me because I had disobeyed him after he told me to stay. He told my mother, ‘Leave her there and come home’. I asked my mother, ‘Are you for sure going to leave me?’. Painfully, my mother had to leave me in that state and go.

I was not meant to die at that time. God was merciful because I left my village for the good not for the bad. And when I survived it, I started training for netball.