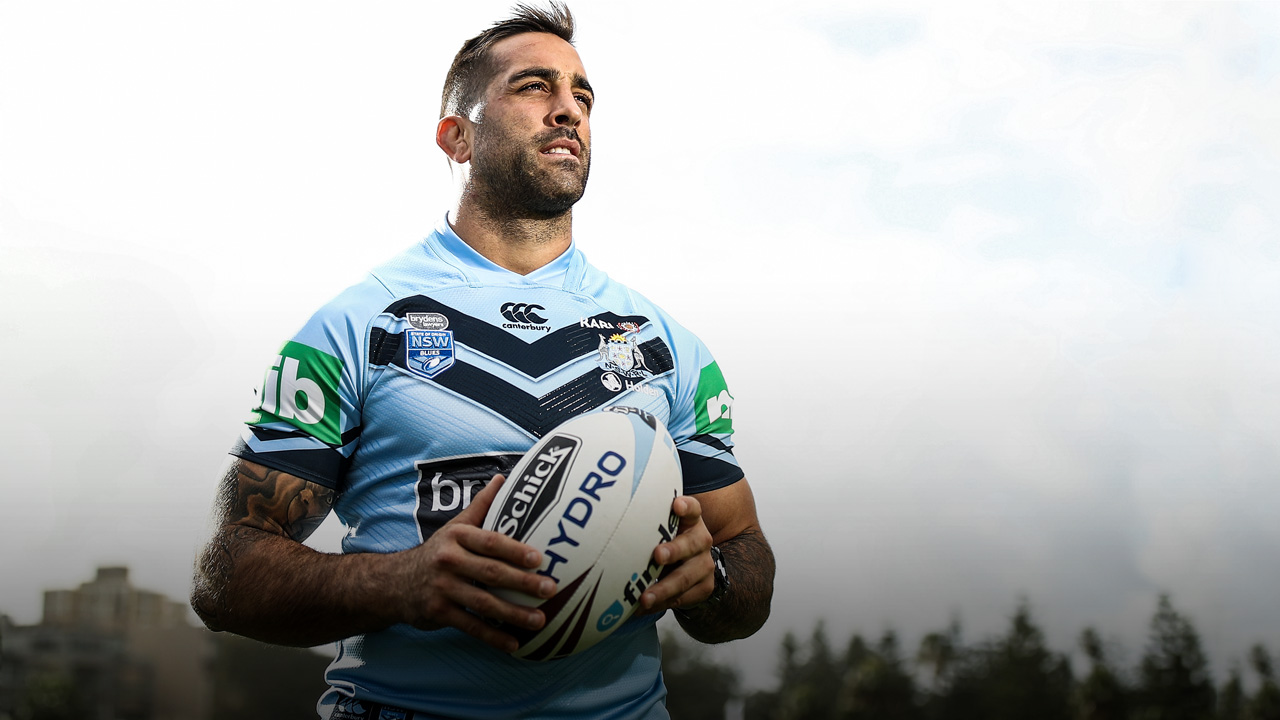 The biggest surprise of Origin week

The biggest surprise of Origin week

It’s funny. I’d spent years and years dreaming about what my first State of Origin camp would be like and imagining how the experience of pulling on the Blues jersey would change my life.

As it turned out, it wasn’t even the most life-changing event that week.

Don’t get me wrong. Getting the call on the Sunday confirming I’d been picked for the Blues was one of the greatest moments I’ve ever experienced. My wife Ellie and I were sitting at home watching Tropic Thunder, one of my favourite movies, when the name of our footy manager at the Dragons, Ben Haran, lit up on my phone.

He gave me the news. Ellie and I were ecstatic. Playing Origin was something I’d aimed at all my footy career. At 27, I was finally going to do it.

The whole experience of being involved with the Blues set-up was incredible, better than I’d imagined.

Then, on the Friday before the State of Origin I, the team broke camp for a couple of days. I was looking forward to heading back down south to spend a bit of time with Ellie at our home near Shellharbour.

I thought I’d just be resting up after a solid few days of preparation for my Origin debut.

It’s fair to say it turned out to be a bit more involved than that.

I’d just got home and was relaxing on the couch when Ellie came in. She said she was feeling not quite herself. A little bit off. Ellie had her suspicions, so we used a pregnancy test kit.

It came up positive.

We were excited but we were holding back a bit because we wanted to be sure. We didn’t know how accurate that kit was, so I went down to the chemist and got a more expensive one – a digital kit that actually tells you how long you’ve been pregnant.

It came back positive as well.

We’d been trying on and off for a baby since we got married in January. It was our hope to fall pregnant sometime this year. Now we could celebrate. We were stoked.

Ellie and I went out for a celebratory dinner on the Saturday night and I returned to camp the next morning floating on air. The Dragons had a few boys in the NSW team, so I quietly told them the good news. I couldn’t help myself.

It was the best week of my life.

I had the aim of emerging from Origin a better player than when I went in. I did that. I believe that’s why I’m back for game two.

It’s hard not to improve when you’re working with the calibre of coaches in the NSW set-up. Danny Buderus, one of the best nines in NSW history, and Andrew Johns, an Immortal, doing the attack coaching. Freddy and Brandy overseeing it all. That’s pretty cool.

It’s the same when you look around the dressing-room and see all these great players you’re about to run out with. It gives you confidence.

I hardly knew Freddy before he picked me for the Blues.

It was our hope to fall pregnant sometime this year. Now we could celebrate. We were stoked.

I got a man-of-the-match award playing for the Dragons a few weeks before the series started and he interviewed me for Channel Nine. But that was pretty straightforward stuff.

When our footy manager told me I’d been picked for Origin I, he gave me Freddy’s number and said to ring him. I told Freddy, ‘Thanks for the opportunity, I’m very grateful’. We had a short, serious conversation about what was ahead.

I’ve been on a high ever since.

Blocker Roach has had a huge influence on me in Origin. I’d had a bit to do with him through playing for Country and he’s always around the NSW camp. I like to listen and absorb lessons from people who have lived it all before me. Blocker has been an inspiration in this regard.

He gives me tips about where to be on the field and how I can be most effective. Everything he says, I take on board.

I think the best advice he gave me was also the simplest: ‘It’s just about doing your particular job the best that you can’.

That helped me narrow my focus going in.

I went into my first Origin game thinking, ‘I just don’t want to let anyone down. If I’m given a particular role I’ve got to perform that as well as possible’.

I soaked it up and enjoyed the moment. I tried to give some spark off the bench. You never know if you’re going to get another chance at this level. You’ve absolutely got to make it count.

RISE OF THE DRAGONS

It’s unreal. All of this. The pregnancy, Origin, getting married, the Dragons going so well. It’s been an incredible year already and it’s only June.

This Sunday will be only my second Origin game but, because there are so many young players in the squad, I’m already one of the older guys in the group.

I consider myself a leader, more off the back of the work I do during the game rather than what I say before it. I pride myself on going out there and putting what I’ve practised into place. I know what I bring to the team.

We’ve got plenty of leaders at the Dragons who are also great talkers. Gareth Widdop, Ben Hunt, Jack de Belin, Tyson Frizell and more. It can get a bit noisy if you’ve got too many talking heads. They don’t need me joining in much.

James Graham is a massive communicator for us. He gets the boys up before each game. When he talks, everybody listens because he’s been there and done that. He’s played in tons of grand finals and Tests.

You never know if you’re going to get another chance at this level. You’ve absolutely got to make it count.

Joining the Dragons from the Raiders was a scary time for me. It was the first time I’d moved clubs.

I had a meeting with Paul McGregor and Ian Millward and they were great at making it clear why they wanted me and exactly what my role would be. That settled me down. I haven’t looked back since.

Now we’re really well balanced with Ben, a genuine No.7 and an Origin player, alongside Gareth in the halves.

All of our forwards have a high work-rate in attack and defence. Across the park, all the boys work really hard for each other. Myself, Jack and Tyson are all in the 17 for the Blues, Tariq Sims is 18th man and James is about to play for England again. That’s a huge wrap for our pack.

I know when I’ve had a good game. High work-rate is the most important thing. Defensively strong – no misses. Work off the ball and around the ruck, make good metres, get the team on the front foot.

Before each game, Mary comes up to me and tells me what I need to focus on, all the one per centers that don’t get recorded in the stats but which the coaches and players see. He’s always keeping me on track and giving me something to work towards that will improve my game.

Mary has very high expectations of me. He tells me I’ve got to be mentally strong and dominate week in and week out.

He holds me accountable if I’m not.

20.01.2018 – Thank you everyone that helped us celebrate the best day of our lives. The bride was a straight #10, Love you Mrs Vaughan @ellemariexx

The best part of the journey is getting to share it with Ellie.

Ellie and I met in high school. Well, not school exactly. We went to different colleges in Canberra. But we caught the same bus. That’s where it all started. We got together in Year 12 and we’ve been together ever since.

It’s still only early days with the pregnancy. Ellie’s just gone eight weeks. All the family and close friends know. I know they say you should wait until 12 weeks before you start blabbing to the whole world about it but I’m happy and proud, and I want to say so.

Ellie had an ultrasound last week and it was all good. We saw a heartbeat.

It doesn’t get much better than that.