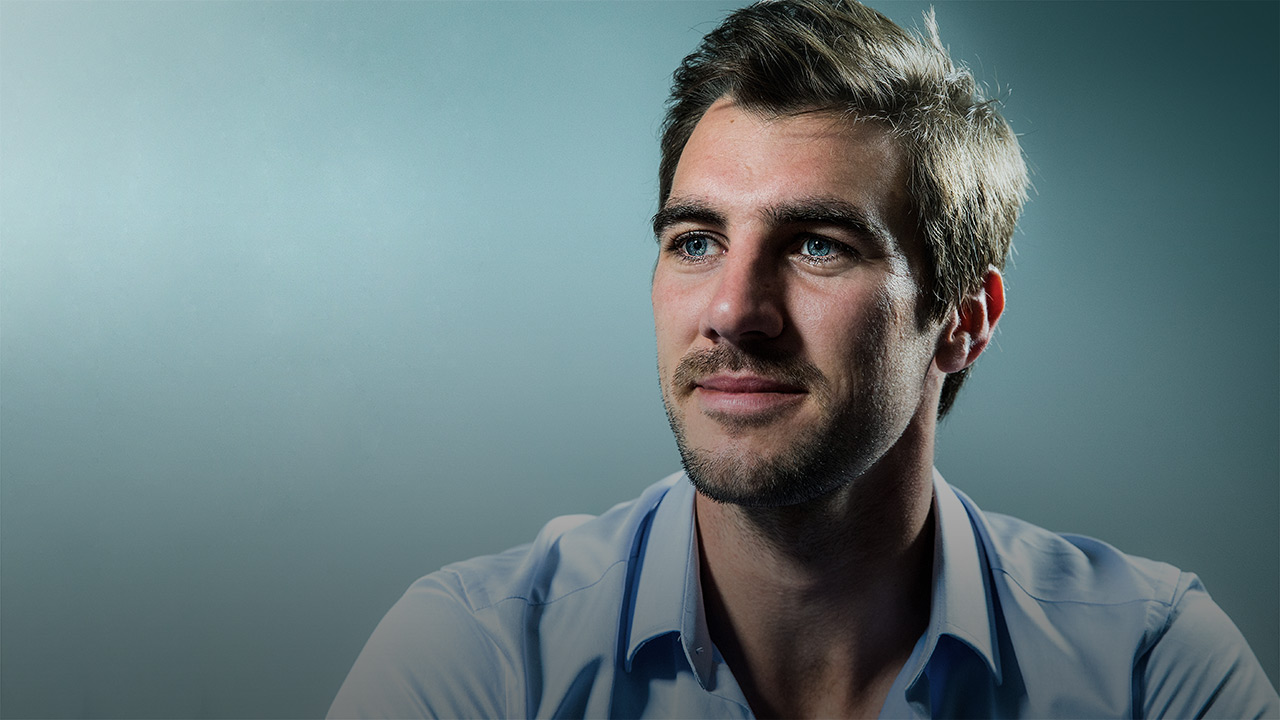 The battle Mum shielded us from

The battle Mum shielded us from

I didn’t really grasp the emotional impact playing my first home Test would have on me. It hit me in a few different ways, but none more personally than on Jane McGrath Day.

My mum’s name is Maria and she was diagnosed with breast cancer in 2005 when I was in year seven at school. She tried to shelter the kids – Matt, Laura, Tim, Kara and me – from much of what went on.

I remember her telling us, ‘I’m not going to be my normal self for the next little while,’ at the outset. And I remember all the family and friends stepping in and helping out with things like school pick-ups and making dinners. My dad, Peter, played the role of both parents there for a while.

Mum went through all the chemo and radiation therapy. It lasted about six months. She’s one of the lucky ones. She came out the other side.

But cancer has a tendency to hang over your head long after you’ve gone into remission. There are all the check-ups and the tests and that means the thought of it is always lurking somewhere.

Mum has always been an incredibly strong person. She has one of those just get on with it mentalities. But day three of the Sydney Test this year was a bit too much for her. It was all quite overwhelming.

To see her son playing on a day dedicated to Jane McGrath, the McGrath Foundation and the fight against breast cancer made her pretty emotional. I was proud to play in a game that not only celebrated Jane and the foundation’s work, but also raised more than $1.3 million. Cricket can do wonderful things.

When you’re all swept up in the middle of an Ashes series, Jane McGrath Day is a good reminder that cricket is only a game and that there are much, much bigger things in life.

My girlfriend, Becky, attended the high tea the McGrath Foundation put on to raise funds. She came back with a couple of incredible stories from the breast care nurses and the survivors.

There are a lot of special people out there doing incredible things that go unnoticed. It’s great that the SCG Trust, Cricket Australia and the McGrath Foundation have found this great platform in the form of the Sydney Test to raise awareness and funds.

It shows how much people really do care.

There were a few times during the Sydney Test where I would look around the crowd of 40,000-odd people and think of all the times that that was me up there, sitting in the Bradman or the Brewongle or one of the other stands, watching the cricket and tucking into an ice cream.

Mum and dad came into the dressing rooms after day five. It was dad’s first time in there, which was pretty cool, and I reminded mum of the other time she’d been there with me.

‘Do you remember those school holidays when you brought us here for the SCG-SFS tour?’ I said to her. ‘Now look where we are. This is our home ground!’ Making that connection was moving for all of us.

They flew to all the Tests this summer. It was really grounding.

As players, you get caught up in the bubble of an Ashes series and your focus is solely on that day, and then the one after that, and so on. But mum and dad would come back with little stories from the stands about how much people were enjoying what we were doing on the field.

That’s when you realise how much this means to so many people.

When I went to Adelaide, I was excited about the big lights and the atmosphere of the day-night Test. When I went to Melbourne, I was buzzing about the occasion of the Boxing Day Test.

Sydney was different. I’ve spent so much of my life there watching, training and playing. It feels like home – the ground down the road. I only see most of the other grounds when they’re full, whereas most of my time at the SCG has been training or playing Shield cricket when it’s pretty much empty. The old dressing room is like our home.

Walking into that little sanctuary with 40,000 people cheering and singing you off the ground was incredible. The situation was so different, but the changeroom was so familiar.

There is so much history in that ground, and now it feels like we’ve created a bit of our own.

There were a few times during the Sydney Test where I would look around the crowd of 40,000-odd people and think of all the times that that was me up there, sitting in the Bradman or the Brewongle or one of the other stands, watching the cricket and tucking into an ice cream.

After the Test was over, the English boys came into our room and shared a few beers and stories. Then, a couple of hours later, we walked out onto the middle and sang our team song, Under The Southern Cross I Stand.

The rendition in Perth after we won the series was the most passionate I’ve been part of. Sydney’s was the icing on the cake.

I walked out of the ground realising how special the SCG is to me.

I’ve played a home Test. That’s a big thing to tick off the bucket list.

One of the things I’m most proud of is that all four of our bowlers took more than 20 wickets each this series. I read that that’s the first time ever in a five-Test series where four bowlers have claimed every single wicket to fall. That’s perfect. It showed that it really was a collective effort.

I love that we’re known as a true quartet. It’s not two big guys and the rest, or one main stand-out and three others chipping in. It’s all of us contributing evenly. We’re as happy when one of the others takes a wicket as when we grab one ourselves.

We spend more time together than with anyone else. As soon as a day’s play finishes, we head straight to the team room for treatment and then take turns ordering a big takeaway dinner for the night.

Our families have become a little team as well. I’m told Josh Hazlewood’s dad, Trevor, and Mitch Starc’s dad, Paul, formed a formidable off-field trio with my dad throughout the series!

Mitch missed the Boxing Day Test and said before the last game how keen he was to play in Sydney so we could finish the series the way we started – with him, Josh, Nathan and me.

That’s how it turned out. It was our first series together and we feel like we did a good job. Now it’s about trying to always do a little bit better. We want to be able to deliver like this consistently.

The Ashes build-up started 12-to-18 months ago, and really ramped up for us at the start of the Shield season, given we all represent New South Wales.

Jackson Bird deserves a lot of credit, too. He played the one Test in Melbourne, but has been a huge part of the bowling ‘cartel’ on every tour over the past year or so.

When Josh had Jimmy Anderson caught behind for the final wicket of the series, the feeling was incredible. We’d done what we said we would all that time ago. It was 4-0. A job well done.

I love that we’re known as a true quartet. It’s not two big guys and the rest, or one main stand-out and three others chipping. It’s all of us contributing evenly. We’re as happy when one of the others takes a wicket as when we grab one ourselves.

The batsmen helped us massively. They batted for long periods and that gave us the chance to really freshen up. We felt almost as fresh in the second innings as the first because of that.

There were so many great innings. And Steve Smith was brilliant as usual. It’s a bit weird. To me, it’s just Smithy, my old teammate. But then you see the comparisons with all the greats of the past and you think, ‘Gee, we are witnessing a really special player here who will be talked about for a long, long time.’

We’re all glad he’s on our side and we don’t have to bowl to him!

Personally, I was happier knowing that I was able to carry the full workload of a five-Test series than I was with the wickets I took or the man-of-the-match award at the SCG.

Wickets and awards are an extension of the fact that my body held up. That’s a big deal for me.

There isn’t a bigger workload a fast bowler can carry than a compact five-Test series. I feel like I’ve come out the other side of those years and years dealing with what felt like perpetual injuries.

I’d heard Josh and Starcy talk previously about the toll a five-Test series takes on your body. It’s true. By the last Test, we had been bowling or recovering from bowling for about six weeks.

It’s a cycle of feeling totally cooked, feeling like you can’t bowl much more, having a rest, then getting up for the next innings. By day 25, you’re wrecked, but it’s amazing what your body can do with a result on the line. You somehow find another level.

I feel like I belong in the Australian team now. Previously, I’d play a game here or there and felt like I did OK. But being an Australian cricketer is about performing consistently and being able to deliver in back-to-back-to-back matches.

Playing a full summer is the best thing.