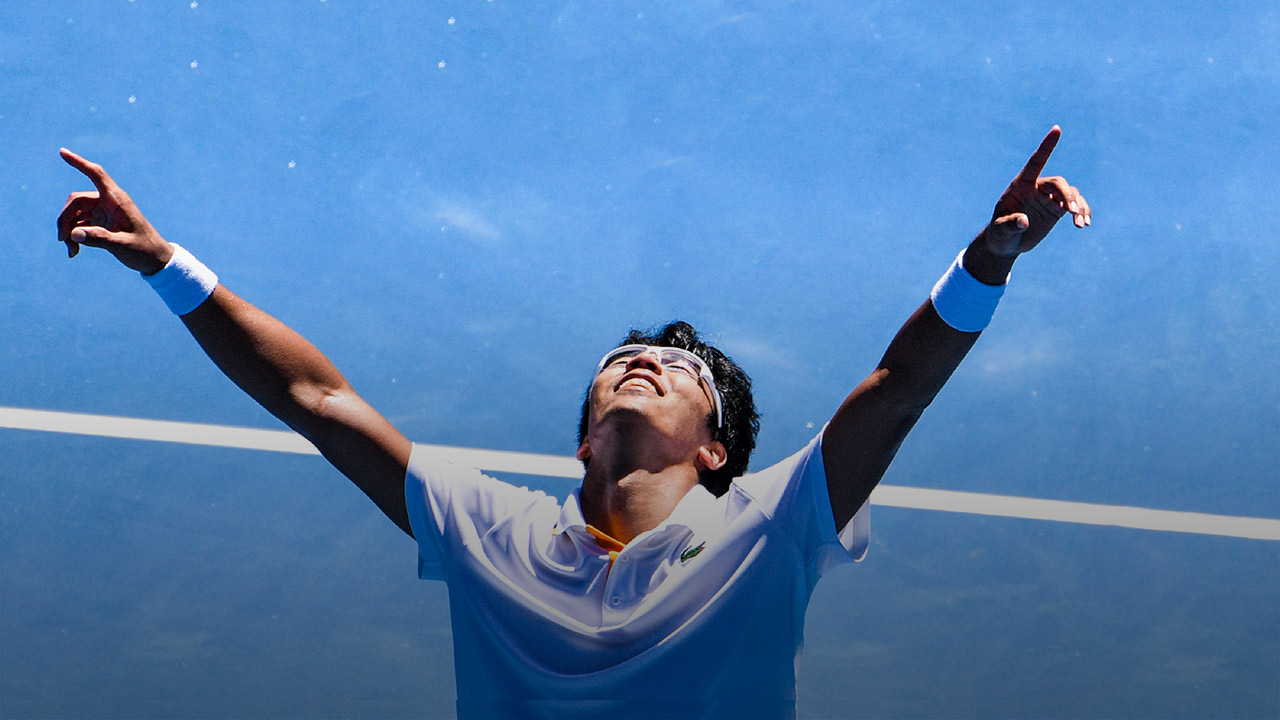 The rise & rise of Hyeon Chung

The rise & rise of Hyeon Chung

The first time I saw Hyeon Chung play was in Washington in 2014.

I was coaching Kevin Anderson at the time and they were practising together, which is quite common amongst players on the circuit. They practised together several times. I saw him again in Roland Garros and remember Kevin and I agreeing that he had something special.

He was raw, but he had the look of a great athlete, he moved well and was a great ball striker. Kevin said he had this calmness about him and a great sense of humour.

He has the same agent as Kevin, and when the agent realised that Kevin and I were not going to work together in 2018, he asked if I would be interested in a trial period with Hyeon Chung. I thought it would be a fun challenge and decided to join him for a training week in Bangkok in the first week of December. The rest is history, as they say.

Kevin reached the US Open final last year and that was an unbelievable moment for both of us, but Hyeon’s charge here has been completely different.

Kevin started most matches as favourite, whereas Hyeon has been the underdog in all but one.

Both runs have been thrilling for different reasons. With Kevin, it was nearly a major win from a culmination of a lot of hard work that we had put in.

I guess with Hyeon it has been something of a surprise. It certainly surprised a lot of people who didn’t know him. However, I believed he was capable of winning every match in its own right. He believes that, too.

Back in 2015, Kevin had Djokovic in trouble at Wimbledon. He won the first two sets 7-6, 7-6, but Djokovic came back to take the next three to go through to the quarter-finals.

Kevin and Hyeon are completely different players with different game styles. I basically tried to fill each player with belief in their own ability.

I guess with Hyeon it has been something of a surprise. It certainly surprised a lot of people who didn’t know him. However, I believed he was capable of winning every match in its own right.

With Kevin, it was basically to try and overpower Djokovic, which he did perfectly in the first two sets. With Hyeon, he had to dictate play and use his speed.

We’ve been working on him getting taller in the serve and using his speed. We’ve only been working together for a month so far, so I don’t want to be messing with things too much.

BECKER & A LESSON IN COACHING

I made the fourth round of Wimbledon as a qualifier in 1996, but relating my experience to that of Hyeon, being the lowest-ranked Australian Open semifinalist in over a decade, is hard.

I think the world has changed so much, particularly with social media. He seems more interested in the number of followers on Instagram as a distraction, whereas I had nothing of the sort to distract me. Haha!

I beat Boris Becker in that match in 1996, when he damaged his wrist after I hit a hard second serve into his body and he had to retire.

I honestly didn’t see that he was injured, so had no clue as to the severity of it. So, I lay on my back on the grass with my feet up as I waited while he was being treated. At that time, I was doing a lot of visualisation and decided that the best way to spend the injury timeout was to visualise.

It was an extremely surreal moment going through to the fourth round having not really earned the rite of passage.

Being someone of lesser stature and fewer weapons when I was a player meant I had to find ways to win, and that is something that I use in my coaching.

For me, searching for ways to expose my opponent’s weaknesses and use my strengths was a must. What makes a good coach for me is communication. That is key.

Understanding your player and what their strengths and weaknesses are. There is no set formula, as not all coaches are best suited to all players.

Good players are nurtured and bred, and allowed to grow and develop. I’ve been lucky enough so far to have success relatively quickly with Kevin Anderson and now Hyeon Chung. I think I’m a loyal person and whoever I work with knows that I am 100% in their corner.

Hyeon has incredible speed, great hands and a unique ability to stay calm in pressure situations. Obviously, his ground game is excellent as well.

I believe he has one of the best returns in the game currently.

He is a really great kid. Loves spending time with his family. A little superstitious – as most professional sportspeople are. He always eats Chinese food the night before each match.

He loves telling the story of winning gold in the Asian Games, which made him exempt from national military service. We don’t have nicknames for each other yet, but we’re working on it.

He has remained incredibly calm during his run to the semi-finals, gracious and humble.

Probably the best way to describe how things have changed is to look at his Instagram account. He started at 1,400 followers at the start of the Oz Open and is now up to 60,000.

He has signed every autograph and posed for every picture.

I’m really happy that the world has enjoyed his post-match interviews as they have shown his character and great sense of humour.

He is working hard at his English, which he says is as hard to learn as getting better with his game, and his confidence is growing as his English improves.

We’ve been getting a sense of how big this is back home in South Korea.

I have seen snippets of how he has dominated front-page news on all the Korean papers. It’s a great moment for tennis in the country, and I hope it’s huge. They are about to host the Winter Olympics, and having a summer sport and local superstar make world news is fantastic. Hopefully, people will stand up and take notice of tennis.

I believe he has top 10 quality. With careful scheduling and time spent looking after his body, I believe it will have a huge impact on tennis and tennis in Asia, in particular.