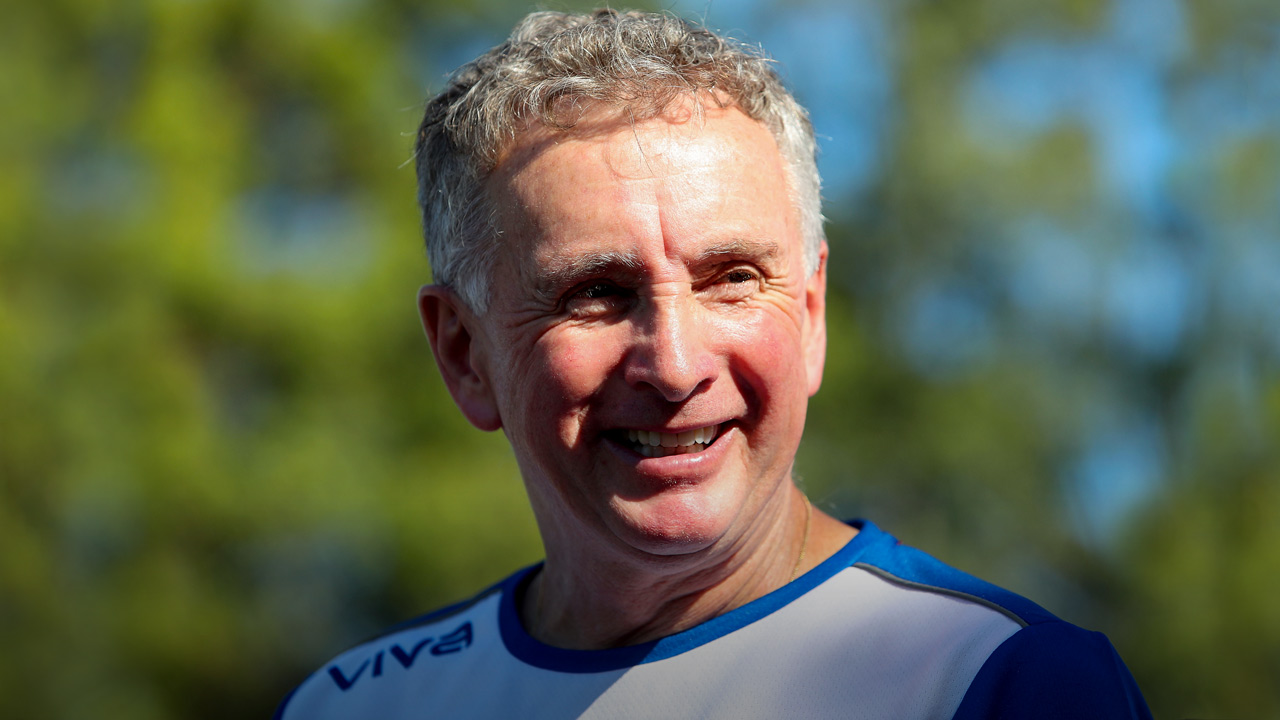 Unlikely friendship in a city united

Unlikely friendship in a city united

One of the best things about moving to a different city is that you make new friends. I’ve met some terrific people since I arrived in Newcastle. Ernie Merrick is one of them.

We coaches are a bit of a different breed and I’ve always found it enjoyable and interesting to sit down with one of your peers and chat about ideas and processes, whether or not they’re from the same sport as you.

Ernie is leading the Jets and I’m coaching the Knights but we still face similar challenges in trying to find the right players, develop the most suitable playing style and get results.

I first caught up with Ernie over a coffee about six weeks ago. I received a message that he’d like to meet. We’ve talked a couple more times over the phone since and sent a few texts back and forth. It’s a relationship we both want to develop.

We talked a lot about recruitment. That was really insightful.

When he came here before the start of this season there were a lot of players coming off contract, so he had the opportunity to try and shape a squad.

But he didn’t have a budget like Sydney FC or Melbourne Victory. He had to make very considered decisions about the right players to approach according to how he wanted to play.

Value for money with the recruitment was one thing. But the most important element was recruiting the players who could settle into his style and give him the best chance to take the team from a low base to a high point relatively quickly.

He employed a good plan and it was fascinating to get an insight into it. Now the Jets are favourites to win the A-League grand final. They’ve literally gone from the wooden spoon to the last game of the season in one year. It’s an incredible achievement.

I didn’t know until recently that Ernie had previously established a good relationship with Craig Bellamy at the Melbourne Storm when he was down there coaching Victory. That demonstrates his willingness to embrace ideas from outside of his world.

I experienced something similar living in England. It wasn’t until I moved over there to coach Huddersfield and St Helens that I became interested in soccer. At the Giants, I developed good relationships with a couple of the coaches from Huddersfield Town. They’re in the Premier League now. I still keep track of their progress.

I genuinely appreciated Ernie making contact. It has been great getting to know him. Whatever he says is going to make you think.

We’ve had Ernie and his wife along to a Knights game, when we beat the Broncos. He said he enjoyed it. I’ll be watching the A-League grand final on TV and cheering for the Jets, of course.

That’s what this city is all about.

There’s no inter-code Knights versus Jets rivalry in Newcastle. It’s the opposite.

The Knights as an organisation aren’t saying, ‘The Jets are doing well, that means soccer’s doing well,’ and I’m sure the Jets aren’t thinking negatively about the fact the Knights have started moving upwards again as well this season.

The success of one of the clubs is actually great for the other. It lifts the mood of the town. And this town loves all of its sporting teams.

They’ve literally gone from the wooden spoon to the last game of the season in one year. That’s great coaching.

So we feed off one another and this weekend is the perfect example. The Knights drew a crowd of over 20,000 against Souths in the 6pm Friday timeslot – the timeslot no club likes – and the Jets have got a sell-out for the grand final. You can feel the optimism when you walk around town.

When you’re playing for the Knights you’re playing for an entire city. Anyone who comes here to play has got to understand that. We impress that upon potential new players when we’re talking to them about joining the club. You’ve got to realise the importance of the team to the community. Again, I’m sure it would be the same at the Jets.

The Jets playing the grand final on our shared home ground, McDonald Jones Stadium, is not only a big occasion for soccer, it’s a big occasion for the city and, by extension, rugby league. If Ernie’s boys beat the Victory, it’s only going to be a bonus for the Knights.

It’s a big occasion for everyone from Newcastle and the Hunter Valley, no matter what sport might be your preference. Because, above all, it’s about the district. If something good is happening, everyone thrives on it.

I came here plenty of times to play for the Dragons against the Knights, but I didn’t understand or appreciate the relationship between the Newcastle teams and the city back then. I couldn’t. You have to live here and become a part of the community to do that.

We’d slip in as a team, stay a night or two, play the game and get out of town.

Above all, it’s about the district. If something good is happening, everyone thrives on it.

We were up against blokes like Paul Harragon and Tony Butterfield in the forwards and they were more than a handful. But what we didn’t comprehend was the motivation they drew from the love the town had for the team and all who represented it. It’s incredibly powerful.

It wasn’t until I came here to coach, sat down one-on-one with some of the great former Knights players like Danny Buderus and had them explain the phenomenon that I really understood what it was all about.

If we ever need one of the Old Boys to help us in some way, whether it’s to talk to a player we’re trying to sign or whatever – if it’s Andrew or Matthew Johns, Mark Sargent, Danny Buderus or whoever – they don’t hesitate to get involved. You might have read a bit about this around the time we signed Mitchell Pearce in the off-season. The way those former players mobilised to help convince Mitch this was the right move for him was incredible.

And they don’t want anything for it.

Their belief is that they owe the town, the town doesn’t owe them, and it’s their responsibility to help the Knights. They know if that achieves a good result for the football team, then the whole town’s going to be happy.

It’s not like this at other clubs. There are some cases where ex-players feel the game owes them and they expect a job or want money for doing practically nothing for their old club.

In Newcastle, these blokes all want to help for nothing because they feel it’s their duty.

We were busy all week preparing for our own game on Friday night, but I’m sure our boys got a sense of the extra buzz around town because of the Jets and the grand final.

I remember seeing the news clips and stories when the Knights made NRL grand finals in 1997 and 2001. The people lining the streets to cheer the team bus driving out of Newcastle to Sydney, the celebrations after they got back. It was phenomenal.

I would love to experience that sort of excitement as the coach of the Knights, like the Jets are now as they prepare for their grand final.

It’s certainly my aim to get there eventually with the players who are showing so much promise in this team we’ve been putting together and which we’ll be adding to.

Talking about recruitment, which the Jets did so well, our football manager Darren Mooney is fantastic in that role for us.

Moons brought Kalyn Ponga to my attention as a young player we should make a priority of trying to sign. We managed to pull that off. That’s just one example of his work.

Newcastle deserves success. It’s a tough town that went through an earthquake and came out the other side. It’s a blue-collar town, a bit of a school of hard knocks, where the people appreciate it if you commit yourself and have a red-hot go.

The late Allan McMahon started it off as the first coach of the Knights. He said, ‘Be the player that others want to play with’.

It’s a simple message, but so powerful.

It’s one that we’re following as we bid to rise again at the Knights. And it’s one I’m sure Ernie has drilled into the Jets ahead of their big day.