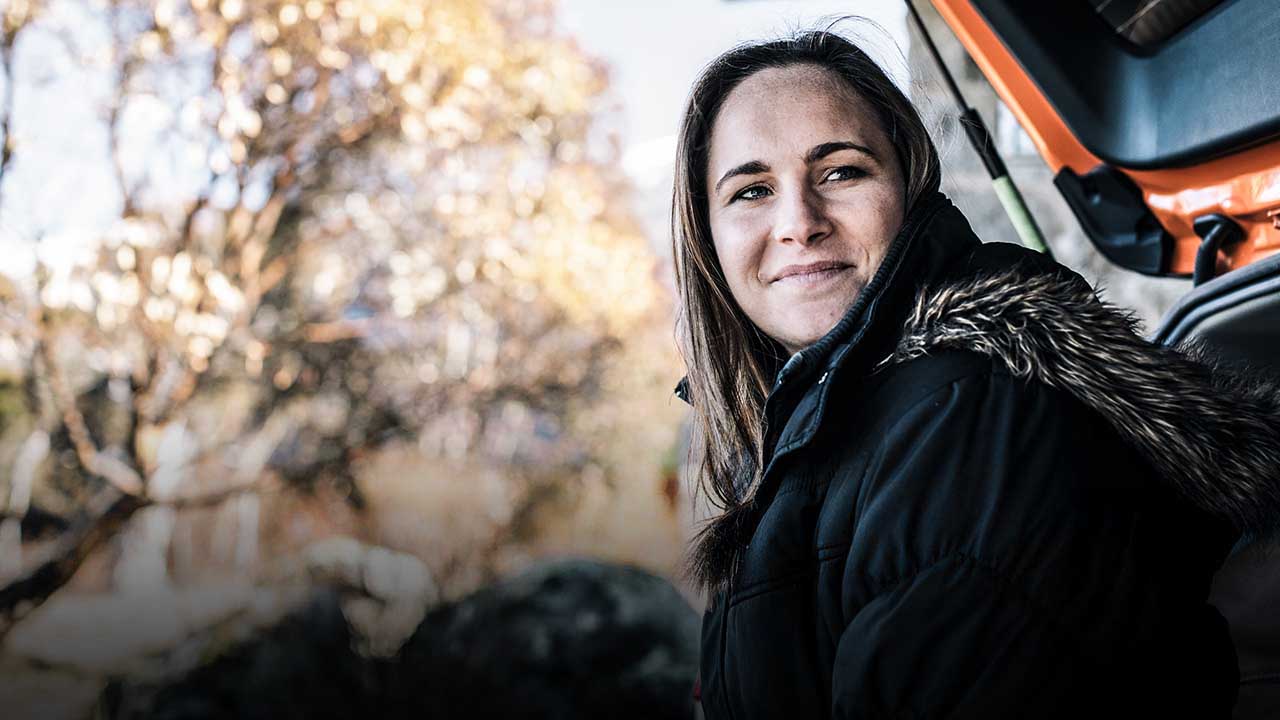 Why you have to crash

Why you have to crash

You can’t be a great driver until you crash.

In rally driving, the aim is to find that little place between your comfort zone and the ditch off the side of the road. If you lean towards the former you will never reach your top speed. If you’re too much the other way, you’ll be rolling your car into that ditch, nursing a few bruises and spending time and money in the workshop!

You don’t know what that place is until you abandon everything that feels comfortable. It’s confronting at first, but that’s the pact you make with yourself when you enter rallying. Your car needs to be on that edge and so do you. If you don’t like it, you should probably try another sport.

The first time I rolled a car was in Forster in 2007. It was the start of a much bigger journey. Once the shock and the adrenalin of the roll were out of the way, I realised I’d just gone through a baptism of sorts. It was going to happen at some point. Acknowledge it, learn from it and move on.

I don’t think I’ve ever really been ’scared’ in a big accident.

Your mind is certainly racing as the car rolls over and over (and sometimes over and over again). But it’s more like, ‘This isn’t my car and I don’t have the money to fix it’. Or, ‘Crap, we were doing really well’. Or, ‘I really needed those points’.

I remember rallying in a Ford Fiesta in the UK and rolling it off the side of the road. They have a switch panel where you turn the engine on and off. It’s on the floor next to the drivers’ seat.

I rolled maybe four times. With each roll I was trying to hit the switch because I didn’t want the engine to run upside down. That would damage the engine. But every time I rolled, I hit something, my arm would move and I’d miss the switch. I was frustrated the whole time more than anything else. I don’t know if that’s a bad thing or a good thing but it’s how I’m wired, and it’s honest.

I don’t want this to sound like crashing is a light-hearted business. It obviously isn’t. Crashing is a terrible thing. But for a professional driver? I think we’d all agree that it’s just part of process of becoming the best you can be. You don’t know your limit until you break it.

‘WHO IS THIS CRAZY AUSSIE GIRL ON HER OWN?’

But you’d be wrong if you thought this is an easy life. Rallying is a poorer cousin of other motorsports like F1 and Supercars. To recoup what you sink into it is difficult. It’s great for a handful of people at the top, but getting to that point is incredibly expensive and can be a bit of a lottery. Talent is essential, but it’s not enough. Even if you win a certain series or get to a certain level, there’s no guarantee that there’ll be a funded drive at the end of it.

I moved to the UK when I was 20. I was on my own and I didn’t have much money. I was renting a car from a team and I worked in the workshop so that I didn’t have to pay someone to do it. No one knew who I was. I was prepared to work hard and prove I deserved my place here. Not just show up for the rallies, but also do all the work that needed to be done to succeed. Finding the sponsors, working on the car, managing logistics, driving the truck, whatever needed to be done, I was willing to do it. It also meant my social life outside of rallying was pretty much zero.

The first time I rolled a car was in Forster in 2007. It was the start of a much bigger journey. Once the shock and the adrenalin of the roll were out of the way, I realised I’d just gone through a baptism of sorts.

I moved originally to Milton Keynes. I was supposed to have sponsorship from Suzuki at the time, but they pulled out just before I moved over. I had already committed and I had the team contacts. So the team did a very subsidised deal to help me out and allow me to still compete. I rented a converted barn through a contact and found some casual work in between.

There were so many times when I could’ve packed it in. But I’m very stubborn. I’m sure a lot of people were asking, ‘Who is this crazy Aussie girl over here on her own?’ Maybe it was pity? Whatever it was, in the end, a lot of little things happened that led to bigger things.

Some people that were involved in the Suzuki Series offered me some work at the end of the year. That led to a job. They used to work for M-Sport, which ran the Ford World Rally Team. So working for them led to a job at M-Sport. That led to an introduction to the bosses there, which led to an introduction and opportunity to compete in the Pirelli Star Driver selection shootout. Winning one of the 6 scholarship places within the program meant a funded drive in six rounds of the World Rally Championship Academy. These were all steps on a path which has most recently led to signing on as driver of the factory Subaru ‘do’ Motorsport team in the Australian Rally Championship.

What might have been small at the time – a part-time job in the north of England in a workshop just to get some money – ended up in the chance to compete on the world stage against the world’s best young drivers. I was just putting myself out there.

There’s a little ‘in’ joke that drivers share. It’s that rallying is like a drug habit. It’s expensive, addictive and completely consumes your life.

I haven’t found anything in my life that goes close to the rush I get from rallying, and I’ve been lucky enough to do it in quite a few different parts of the world.

You certainly know you’re alive when zooming around the Isle of Man, or down some of those narrow Irish lanes. All your training on gravel in Australia doesn’t count for an awful lot when you’re contending with those narrow, bumpy laneways and ‘shiny tarmac’ – a surface that goes a bit oily when it rains and makes braking incredibly difficult and often treacherous.

I love the feeling of setting the car up for a corner. It’s like you’re trying to make the car dance on gravel. The car is moving underneath you and you’re adjusting and making the car slide where you want.

The first thing you’re doing as you approach a corner is braking. So as well as slowing the car down it’s getting the weight to transfer to the front of the car. That puts the weight on the front tyres, which helps gives you grip to get the car to turn into the corner.

There were so many times when I could’ve packed it in. But I’m very stubborn. I’m sure a lot of people were asking, ‘Who is this crazy Aussie girl over here on her own?’

Depending on the speed of the corner, you’re going down the gears as you’re braking. It depends on the corner. If you’re coming up from a flat section, you might be in sixth gear and you might have to go down to second gear for a square junction. You’ll generally go down the gears a bit later in the braking period.

If you’re not at a similar road speed to what gear that corresponds to, you’ll put too much stress on the gearbox and cause a compression lock up under the braking. So you’re braking first, then going down the gears, then before the corner you’ll start to rotate the car. That’s where you see the back of the car come out.

To be able to get that right, particularly on a corner you haven’t done before, putting all those bits of information together, it’s a very hard thing to do. I’ve never done a perfect stage where I’ve nailed every corner. That’s the goal. I don’t know if I’ll ever get there.

MUM & THE HALL OF FAME

‘You got beaten by a girl.’ You hear it from time to time. After winning the Australian Rally Championship last year with Subaru Australia, it was often highlighted that I was the first female to win. Rallying is a male-dominated sport but, honestly, people with that attitude are a minority and you can’t let it get to you. I knew there’d be challenges, but I told myself from a young age I would work harder than anyone else. It’s held me in good stead.

The majority of people in the sport are really welcoming. And I had a great role model. My Mum, Coral, has been a long-time co-driver with Neal Bates. They’ve won four Australian titles together and Mum became the first woman voted into the Australian Motorsports Hall of Fame earlier this year.

Her Dad was a driver and my Dad, Mark Taylor, was too. It might sound like there was pressure for me to get into rallying, but that couldn’t be further from the truth (my sister is a barrister!).

I was a keen horse rider as a kid and I used to compete in eventing. Dad was running a rally school at the time and he took my sister and I there to learn how to drive manual cars and to basically be competent drivers. That was first my initiation into physically driving a rally car and not just watching it.

I completely fell in love with it. I sold my horse and bought a rally car. I’ve never looked back.