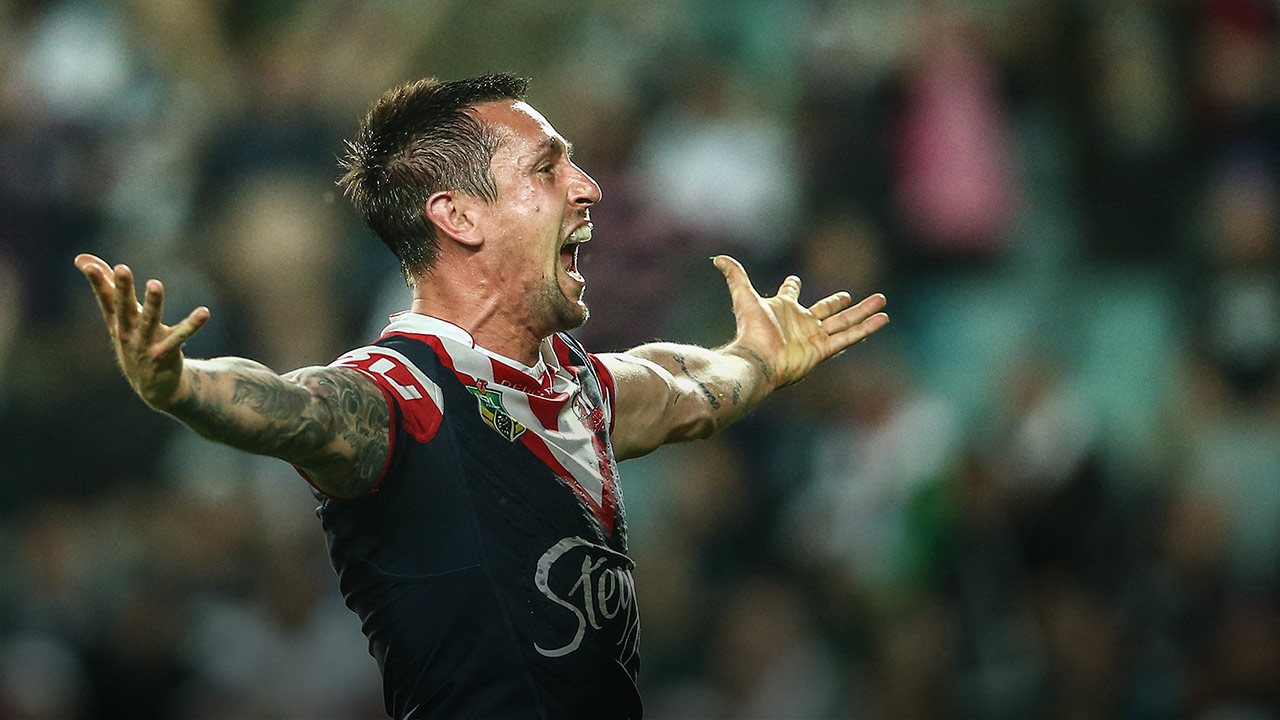 I got a tattoo on my right shoulder six years ago. It’s of the Buddha, whose teachings I find myself more and more drawn to. And it’s accompanied by an old Persian saying, ‘This too shall pass.’

I look back on this now and understand what I didn’t know then.

I wasn’t a particularly spiritual person at the time the tattoo artist dug the needle into my shoulder. I’d read up on Buddhism and the power of the mind – my Dad was quite into this kind of stuff – but I was still young and living on autopilot. Play footy. Go out. Repeat.

I was socially anxious, an overthinker, and a lot of that came down to casting my mind too far ahead. And as much as I love rugby league and the life it has given me, the exposure and the scrutiny that comes with it can be difficult at times for someone who is wired that way.

All the work I’ve done over the last three years – reading, meditation, yoga, opening myself to the spiritual world and even the trip to the rehab facility in Chiang Mai after the drama last year – have been about understanding that the world isn’t in control of me, that I can create what I want to create.

‘This too shall pass’. In other words, whatever happens, good or bad, is temporary. I didn’t fully appreciate what that meant at the time I got the tattoo. It’s something I live by now.

My Dad introduced me to someone a few years ago. He’s a healer of sorts. He took one look at me and said, ‘There are a lot of things you’re holding onto’. He was spot on. I was highly strung, obsessive, a bit addictive. That applied to everything from the way I approached my footy to going out.

So we started the ‘digging’ process. It was quite hard at first. We would talk about footy and general life issues, things I was struggling with. We’d dig into it by going back to my childhood and working out why I had developed a certain habit.

Say you have a fear of social situations. There’s a reason for that. Sometimes you can dig too deep but what you’re really looking for is the core, the place where it all comes from. And then this guy tries to release them. There are different methods to achieve that, but it’s mainly through conversations.

It was something I developed an immediate passion for.  It grabbed me when other things didn’t. I felt like I had started to get a grip on life, rather than life controlling me. A lot of it came down to how I perceived myself. I felt a great sense of freedom.

Then I started getting into reading books about the mind. One is The Seven Spiritual Laws of Success by Deepak Chopra.

Another is The Four Agreements by Don Miguel Ruiz, which Tom Brady is really into and helped him through all the ‘Deflategate’ drama.

Those four agreements are: don’t make assumptions, don’t take things personally, always do your best, be impeccable with your word. It’s a book I find myself reading quite often because, like lots of people, I’m always making assumptions and always taking things personally. I go back and re-read it whenever I feel like I’m starting to lose my head.

Chiang Mai is a beautiful place. It’s a Buddhist area in the north of Thailand, up in the hills with the Ping River running through it. It’s where I made the next big step in my journey.

The first thing I had to get past was not having my phone. All the drama was unfolding back home and I didn’t know whether or not the Roosters were going to sack me. But, after you get through that cold turkey period, it’s true what they say about digital detox. It’s good to unplug. You’re free of the make-believe world.

I spoke with people from all over the globe. There were heroin and ice addicts, alcoholics, people with sex addictions. Here’s me, having spent pretty much my whole life in the safe Sydney rugby league bubble, hearing all these first-hand stories of rape and abuse leading to addiction and all kinds of dark places. I don’t want to talk about anyone individually, because that wouldn’t be right, but it’s fair to say some of the issues discussed were incredibly sad.

I spent quite a lot of time with a monk, a Pommy guy, who had done a lot of work with jail inmates. He taught me new meditation techniques. I do it three times a day now. I also picked his brain about having things around the house that give you balance. I’m quite an erratic person by nature. For me, having routine – meditation, more balance in my life – makes me feel in control of my life a lot more.

There was also a yogi and discussions about a higher power. I believe there is a bigger force in the universe than just what we can see. When you start to connect to whatever is out there you feel more alive.

I loved the way of life I Chiang Mai. I wouldn’t say I’m Buddhist. I think that would be disrespectful to people who truly observe the faith. But Buddhism is something I am drawn to and the more I read the closer I feel to it. Accepting, non-judgement. The more I understand, the more peace of mind I have and life seems to flow a lot better.

Topics like energy and spirituality are much more accepted in rugby league these days. Trent Robinson is a very spiritual guy and he has brought a ‘mind guy’ to work with us at the Roosters. He talks about beliefs, holding on, letting go, energy. The conversation has become very natural.

More and more guys are open to it. Everyone is looking for that different edge now in sport. I find the more I can accept the law of the energies – the way the world works – and the more I read, the more comfortable I am in my own skin.

When yoga first came to the game everyone was like, ‘What’s that shit?’ Now a lot of the clubs are doing it. Robbo is always talking about the energy around the group. Having him there to open people’s awareness is really changing things. There’s a good reason why it’s catching on. It works!

I spoke to a few blokes in Origin camp about this kind of stuff – James Tedesco and Aaron Woods were among them. I think they’ve got a mind guy they speak to. I shared The Seven Spiritual Laws of Success with big Dave Klemmer. He’s got a big head of noise, the big fella, like we all do. He said he loved it.

I’m quite an erratic person by nature. For me, having routine – meditation, more balance in my life – makes me feel in control of my life a lot more.

I use a lot of those breathing techniques on gamedays, many of which I learned in Thailand. I try to get out of my head as much as I can. Any game I don’t play well, it’s usually because I’m trying to control the situation. I’m living in fear.

As I mentioned earlier, I have a mind that naturally overthinks. If I start to tap into that too much, it’s a weakness. On gameday I will go to the park, go for a walk through the trees and just connect. The more I feel connected to the space around me it gets me out of my head.

As a halfback, it’s so much about feel and instincts. It’s about getting in touch with your body. Our minds can be a burden. It’s good to be a conscious, deep thinking person, but it can come with a lot of negativity. If I feel in control of my body and breathing, I’m creating my way of doing things rather than living with your fears.

It taps me in at a deeper level as a player and as a person. I feel more in tune. I have no doubt that when I achieve this state of mind, I play my best footy.

There’s no doubt footy and the pressure and the publicity and the criticism have led me here. It’s all played it’s part, the life journey I’ve been on. I’ve learned a lot. And I still have so much more still to learn.

I’ll round out this column with a couple of thoughts on our 2017 campaign at the Roosters. Errors and execution cost us against the Cowboys. It was a disappointing way to go out, no doubt. We believed we were a real shot this year. Congratulations to the Storm on taking the title.

That said, I would still rate this as a successful year for the club. From 15th in 2016 to a game away from the Grand Final shows there was plenty of improvement at all levels. We believe we can improve again in 2018.