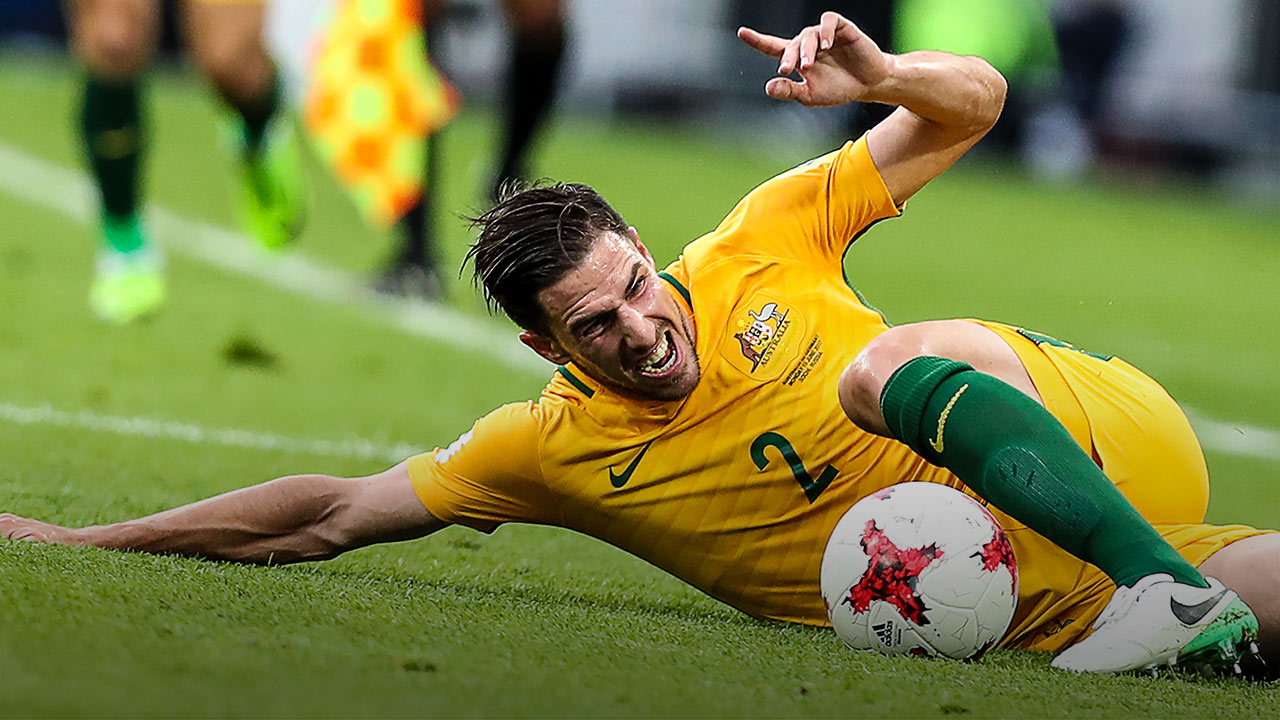 Why I owe Australia everything

Why I owe Australia everything

There was a time when I could have chosen to represent Serbia. My family live in Serbia right now. But I followed my heart and chose the Socceroos. I would not change my decision for the world.

My family came to Australia in 2000 to start a new life. We were living in Croatia, but being Serbian we were forced to flee to Belgrade where we lived as refugees during the Kosovo War. I was only young, but I still saw things no person should see.

We then moved to Australia when I was seven. For my family, it was like being born a second time. We arrived with next to nothing, just a few hundred dollars and a couple of suitcases, but Australia let us start our lives again.

I represented Serbia under 19s in eight games at a time where I was unsure of whether I was wanted in the Australian national set-up. But two years ago I was given the opportunity to represent the Olyroos and, later, the Socceroos. I knew that’s what I wanted to do.

These are the two biggest games of my life. My father, Dusan, and my brother, Djordje, are going to fly from Belgrade just to watch the game in Sydney. It will be great to see them. Hopefully, we can give them something to celebrate.

We desperately want to get to a World Cup. We’ve got to do it the hard way but that’s how it was against Uruguay in 2005. I don’t care how we do it, just as long as we get there.

Some people in the Australian media have drawn comparisons between what the Socceroos experienced in Uruguay during their World Cup qualification campaign 12 years ago and what was supposedly in store for us in Honduras.

Playing at a World Cup is the big dream that everyone wants to achieve. When you go to some countries in the world, that’s why you get treated with such hostility. Everyone is desperate to qualify. Emotions are very high.

I’ve read some of the stories from when the Socceroos traveled to Montevideo in 2001 and 2005. They were intimidated, spat on and given a really hard time by the locals.

It has been nothing like that in Honduras so far. From the moment we arrived at the airport until now, it has been very respectful.

Some people in Honduras are upset because of how they feel their country has been portrayed by certain elements of our media and all the focus on crime. We don’t decide what is written, but the Hondurans believe that we all think about them the same way. It’s not like that at all.

We’re just football players. We’re here for one game. We’re trying to get a job done.

We’re not here to explore the dangerous – or nice – parts of San Pedro Sula, the city that is hosting us. Obviously, there would be some dangerous areas. But what country doesn’t have those? Every country in the world can be dangerous if you go to the wrong places.

I’m sure Honduras is a beautiful country in its own right.

But we’re not here to see the sights.

Champions are made of something they have inside of them, a vision a desire a dream a power of belief. ??⚽️❤️ #MD2 #australia #football #believe #dreambig #workhard #focus #dontstop

The Hondurans we’ve met to date have been very friendly, generous and kind to us. We’re quite safe and we have a police guard escorting us around.

As you travel through San Pedro Sula, you see a lot of security guards standing around with guns. A lot of buildings have barbed wire with tall fences.

Aside from that, it’s just like any other city I’ve been to. I wish I could tell you more but we have really only seen the airport, our hotel and the training ground.

Some people in Honduras are upset because of how they feel their country has been portrayed by certain elements of our media and all the focus on crime. We don’t decide what is written, but the Hondurans believe that we all think about them the same way. It’s not like that at all.

It’s great coming back into a team who treat you so well. This squad is like a family. We’re scattered all over the world. When you leave your club to go on national duty, it’s like a reunion of sorts. Everyone speaks the same language and we’re all working towards the same goal.

I’m always looking at what Mile Jedinak, Mark Milligan and Timmy Cahill are doing and I go to them for advice when I need to.

I’ve talked a lot with Millsy. He’s been in the setup for 10 or 12 years now and he’s seen a lot. It helps when you hear those stories of where he has been in his career and what he has done.

Great to be back in camp with the boys ??⚽️ preparing for the two most important games of my life. ❤️??⚽️ #MD2 #australia #honduras #wcq2018 #russia2018 #football #believe #workhard #dreambig

At 23, I’m the second youngest player in the team. I love that, because it shows that Ange Postecoglou believes in me.

He believes in my talent and he can see the hard work I put in.

Ange is the person that has given me the chance to represent my country and that’s something I’m never going to forget. I’ll always be thankful to him until the day I die. Right now, I’m just doing my best to pay him back.

I have a lot of respect for Ange as both a person and a coach. He’s achieved a lot with the national team in the last four years.

I’ll always stand behind the boss no matter what. It hasn’t been nice to hear some of the things that have been said about him recently. I think it’s nonsense, to be honest. Sometimes you read things and it actually hurts.

We’re all human. Sometimes the people who say these things don’t seem to realise that. Unfortunately, the more negative they are, the more attention they seem to get.

I just have to focus on my job. Every time I’m on the pitch I do my best to help the team in any way I can.

I’m not the world’s most talented footballer. I’m not going to solve a game on my own. But I’ll do my bit for the squad.

I’m happy for someone else to do the nice work because I like doing the dirty work.

It’s not going to be easy but we’re prepared. We’ve been studying how Honduras play and we’ll adjust a few things to try and exploit any weaknesses.

In their last five games Honduras drew with Panama, the USA and Costa Rica. They also beat Trinidad and Tobago and Mexico. They’ve played at the last two World Cups and they’ll have plenty of support at the Estadio Olimpico as they try to reach a third.

You can’t do much else except prepare yourself mentally and physically for a battle.

This is how I look at it. If you have to eat grass to win a challenge, you do it.

All I want is for my country to reach a World Cup.

I’m just excited about the game. I can’t wait.

Before a game I sleep like a baby. I’ll get up in the morning and have a light breakfast and then I won’t eat much for lunch. We’re playing at about 4pm local time and I don’t like having a full stomach when I go into a game.

I also don’t like to speak much or be on my phone before a match. I like to be in my own little world. Once we get to the change rooms I’ll play a bit of music, relax and focus on the job.

In a two-leg playoff the first game is very important. It can set you up for success.

That’s why we’re excited about playing the first game in Honduras because we know we’ll return to Australia for game two, where we have the backing of our supporters and our families.

That’s going to be very exciting. Hopefully the stadium will be full and we can do the country proud. Then we can all celebrate together.

It would be a dream come true.