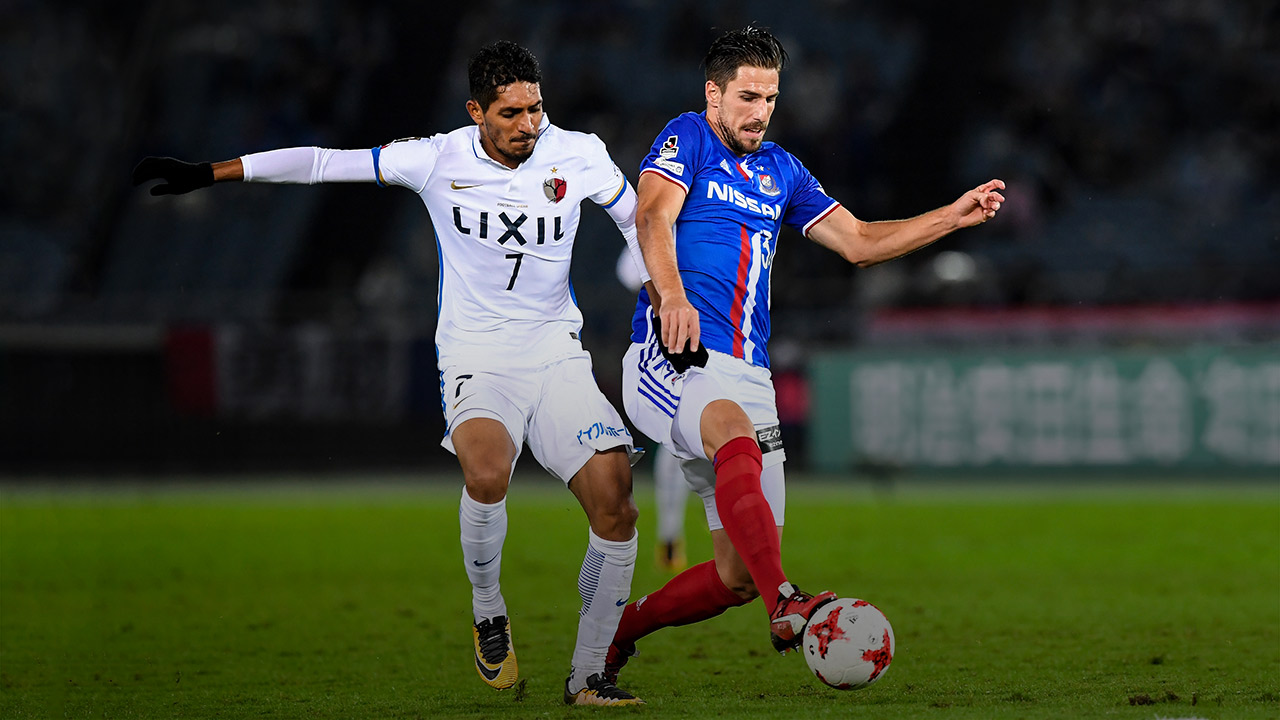 The rumour started doing the rounds at Yokohama F. Marinos about a week ago.

I walked into the changerooms after training and my translator, Yucci, came up to me and said, ‘One of the candidates for the coaching position is an Australian.’

I thought, ‘That’s interesting,’ and asked what else he knew. He said he’d heard the candidate was the ex-national team coach.

I was pretty excited even though it was only a rumour at that stage. There were a few candidates being thrown around, but I was hoping it would be Ange and we would get the chance to work together again.

Then this morning before training, the chairman and sport director came in and addressed the team.

They said, ‘We have an announcement. We’ve decided on our new head coach. We believe in him and the way he plays suits us as a club. He was recently the Australian national team coach. Our new head coach is Ange Postecoglou.’

It was incredible news to take in. By the time I had got back to the changerooms, it was all over the press here. Quite a few of the players came up to me and asked, ‘What’s he like? What’s he about?’

Honestly, I’m still taking the news in. I’ve just finished training and had some lunch and thinking about how all these things fell into place. These are obviously exciting times for Ange, as he starts his new journey, and for me, because I get to play for him again.

When Ange left the Socceroos, I thought it would be very difficult for me to play under him again. I figured he might have gone to Europe, or taken a bit more time before he decided his next move.

I certainly didn’t think it would be happening a month later. But that’s football.

Yokohama is a special place.

It’s about 30 kilometres from Tokyo but, in a lot of ways, it couldn’t be more different. Tokyo is full-on – fast-paced, millions of people, go-go-go. But Yokohama is quieter. It’s on the water and the views are lovely. The people are friendly and respectful, disciplined and organised.

Yokohama F. Marinos is one of the largest clubs in Japan. We haven’t won too many titles recently, but it’s a big club in a big city. The main sponsor is Nissan and they are one of the most powerful companies in the country. That gives you an insight into how much weight this club has here.

It’s a club with a winning mentality. We have some great players, a few Japanese legends, and an excellent youth system. Nissan Stadium holds about 73,000 people and the fans are brilliant. It’s a good place to be.

The club is part-owned by the Manchester City group. That gives you an extra motivation. Do well here and who knows what that could mean for your career as a player or coach. The group owns a fair few clubs in top leagues around the world.

I’m sure that would have had an influence on the boss’ decision, knowing he is coming to a club run by Manchester City who value the same style of football he does.

Honestly, I’m still taking the news in. I’ve just finished training and had some lunch and thinking about how all these things fell into place. These are obviously exciting times for Ange, as he starts his new journey, and for me, because I get to play for him again.

There are a few aspects to playing and coaching over here that take a bit of getting used to. The older Japanese players hold the majority of the power. It’s something that has always intrigued me.

If an older player asks a younger player to clean his boots, they have to do it. No questions asked.

To be honest, I think Ange will love it over here. These guys are hard workers. You can tell them whatever you want, place them the way you want, and they will do just that.

The players here are willing to learn, listen and always try hard. Ange can definitely work with that.

I think it’s important that I note just how important Ange has been for me in my football career.

He was the one who gave me the chance to play for my country.

But it was more than that – it was the chance to represent my family, my last name, and to repay the country that took us in after the war in Serbia. Australia let us start a new life.

To be honest, there were times when I thought I would never get that chance.

I went back to Europe when I was 17 with VfB Stuttgart II. I had no communication from anyone from the Young Socceroos or under 20s. I played for Serbia’s under 19s. And then I tore my Achilles.

I was 20 or 21 at the time – they are beautiful years for a footballer – and I didn’t play a game for a year. When I came back, I had no club, nothing. I went on trial at 1860 Munich, in the second team. It was very difficult. It’s like you’re starting football all over again, going to trials.

I was at the point where I had to either step up and make my way in the world as a footballer, or decide to go a different direction in life.

There were a lot of dark days, not just with injuries but also general disrespect in football. There are a lot of players in the world who are hard done-by by agents. If you don’t want to do things their way, you get binned and shoved out of the way. It’s unfortunate, but that’s the way football is.

There were times when it was very difficult to see how my Socceroos dream was going to come true. But I just kept working hard, hoping, and then I received a call from Aurelio Vidmar. I went to two camps but I couldn’t go to the Olympic qualifiers because my club wouldn’t let me. But it was OK. I was back in the Australian system.

But it was more than that – it was the chance to represent my family, my last name, and to repay the country that took us in after the war in Serbia. Australia let us start a new life.

Six months after that, Ange called me up for the Socceroos.

The first thing I said to him was, ‘Thank you for having me here. It’s an honour.’

I never thought it would all happen so quickly. I tried to make the most of the opportunity and it ended up with me being part of the squad that qualified for the World Cup. Incredible.

That was all down to Ange and the faith he placed in me. I will always be grateful to him for that. I doubt I’ll ever be able to repay him.

I was at home in Yokohama when the news broke that Ange was leaving the Socceroos.

I had just woken up to go to training. I picked up my phone to check the news alerts and saw that the boss had left.

I told my Dad, who was staying over here with me at the time, and we were both disappointed. Ange had been such an important figure in my life and now he was leaving. I had been hoping he would be the one to take us to Russia, but it wasn’t to be.

I thought about some of those little moments from qualifying. Like against Honduras in the last game in Sydney when he told us not to worry, we were going to qualify, we were going to run all over them. After 90 minutes, we had done just that.

I also thought about the speech he gave at halftime against Syria when it was 1-1 and the pressure was on. He said, ‘Don’t worry, keep going at them, they can’t handle us.’

It all turned out as he said it would. He believed in us so much. He gave us the belief that anything was possible for the Socceroos.

I would just like to say thank you even though it’s not enough but it’s a start. To the man who gave me my first call up to the national team to the man who gave me my first game, start for our county my first big tournament with my country and to the man who made my dreams as a young child come true. To qualify for a World Cup with Australia. I will never forget that wherever I go and be I will always be thankful and grateful for all you’ve done for me my country and our team ??⚽️ Thanks Boss!!!

I’m happy and grateful Ange is coming here to Yokohama. It’s a great finish to what has been an incredible year. Actually, it’s not quite over yet. We have an Emperor’s Cup semi-final against Kashiwa Reysol coming up this weekend.

But to have qualified for a World Cup and been named in the best XI young players in the J-League in my first year in Japan is more than I could have hoped for.

And pretty soon we will learn who will take over the Socceroos from Ange.

I don’t have any personal favourites. I don’t really know anyone personally among the candidates. Whoever it is, I wish them success and that they continue this positive trend in Australian football.

It’s a very good group of players they’ll be taking over. It’s like a family.