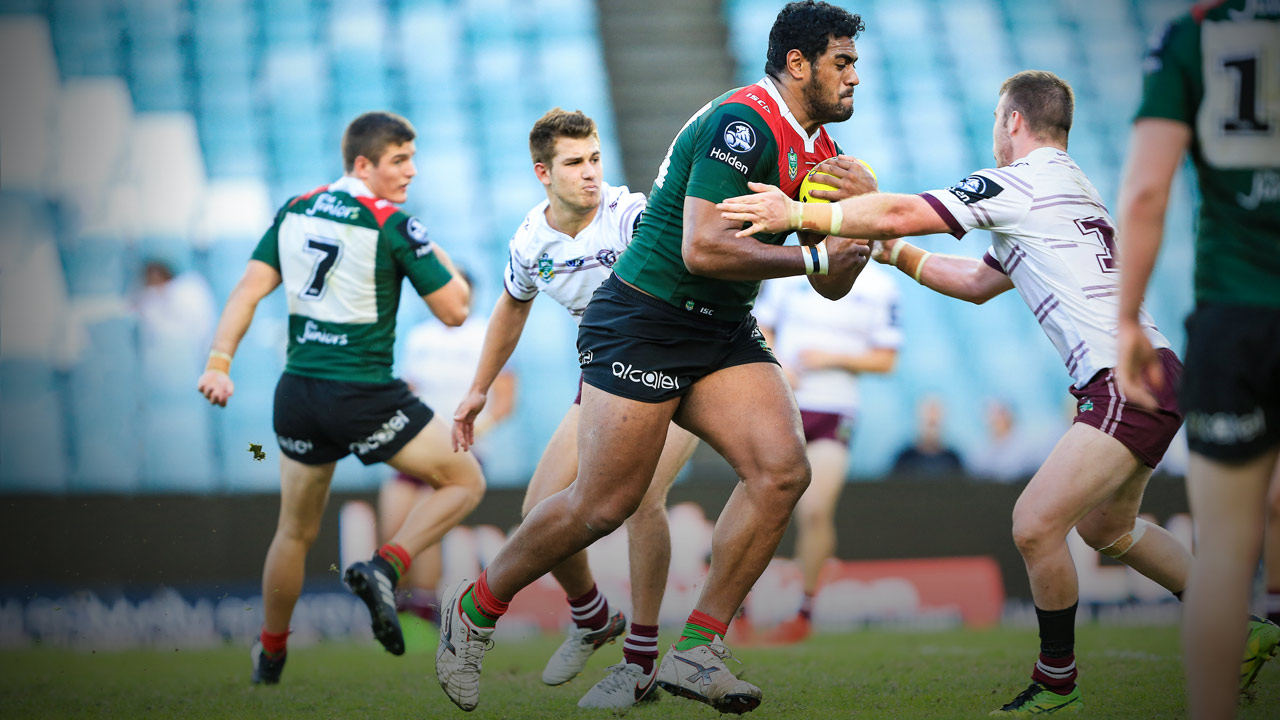 I’ll never forget the moment I first laid eyes on him.

It was the back end of 2016. One of our recruitment officers had spotted him at Canterbury and had brought him in for a chat. He was still a teenager – and nowhere near first grade at the time – but the advice was to take a look at him and see how he went at training.

He was at one end of the corridor and I was at the other.

He was enormous: six-foot-eight and 166 kilos. As we walked towards each other, he kept getting bigger and bigger until you felt he was pretty much going to fill the entire space. I reckon he’s still the largest bloke I’ve come across in rugby league.

This weekend that same kid, Jordan Mailata, could be picked up in the NFL draft.

He’s never played American football in his life, yet eight teams – including the Philadelphia Eagles, who won the Super Bowl a few months ago – have seen enough in him to meet him and show him around their facilities. He worked out in front of scouts in Los Angeles and trained with the IMG Academy in Florida. From everything I’ve heard, he’s impressed everyone over there.

It’s a real credit to him. He’s worked bloody hard to get to this point. Once he gets his head around the rules and the strategies of American football, I see no reason at all why he can’t succeed in the NFL.

It would be one of the great transformations by an athlete from this country.

I don’t know what’s greater, his smile or the raccoon shirt ?. Instagram meet My family from Tampa! Thank you for having me ❤️

The thing that struck me straightaway about Jordan was his willingness to learn.

A lot of young kids won’t ask you specifically what they need to work on but, after introducing himself, the first thing Jordan said to me was, ‘Madge, what do I need to do?’

I told him that he would struggle with the speed and endurance required for rugby league at 166 kilos. He needed to lose weight and improve his fitness.

‘What sort of work would you recommend?’ he asked.

I told him. Over the next few months, he was always at the gym early. I got to work early, too, and I’d see Jordan on the bike, or on the rower or getting smashed by one of the trainers.

He was enormous: six-foot-eight and 166 kilos. As we walked towards each other, he kept getting bigger and bigger.

He never shirked the hard work and, before long, the weight started dropping off him. He got down to about 140 kilos. His body shape changed dramatically. It was a big effort.

I should add here that Jordan wasn’t a fulltimer at Souths. He was playing in the NYC and those blokes usually train in the mornings and afternoons around their outside work or study. Nothing is guaranteed in terms of a footy career.

That seemed to drive Jordan on. He had an incredible will to improve. He was hungry. Pretty much all our conversations centred on ways he could get better. He was a man mountain, but he wasn’t going to rely on his size and talent to get him there. He’d actively seek out advice on what he needed to do to be successful. And then he went out and did it.

His agent Chris Orr sent a highlight reel around the clubs in the US with some of his games in the Rabbitohs NYC team in 2017. It’s pretty impressive. Defenders pinballed off him when he had the ball in hand. He was an impact player off the bench – and he certainly made an impact.

I remember one game against the Warriors at Redfern Oval. For some reason, they kept kicking off to him. He would run 50 metres every time, carrying a bunch of defenders with him and leaving others scattered around the place.

I half-felt like sending a message to the other team, ‘Kick it to the other side of the field!’ The Rabbitohs won that game 68-10 – an under 20s record – and Jordan was the main instigator. He absolutely brained them that day.

Despite all this, I still thought a career in the NRL would be difficult for him. Rugby league requires a mix of aerobic and anaerobic fitness – attack, defend, get back the ten metres and so on – and that’s not easy when you’re running around at his size.

The club was interested in signing him for another season but, right around the time those conversations would have kicked off, his agent informed us that he was thinking of taking him to the States for a crack at American football.

I’ve been lucky enough through the years to spend a bit of time around NFL teams including the New York Giants and Jets, the Eagles, the Seattle Seahawks and Atlanta Falcons. I’ve seen the type of athletes that thrive in that sport. Jordan ticks a lot of those boxes.

He was hungry. Pretty much all our conversations centred on ways he could get better. He was a man mountain, but he wasn’t going to rely on his size and talent to get him there.

He’s huge, obviously, but he’s also explosive out of the blocks and agile for a man his size. I’ve heard the time he clocked for the 40-yard dash would have put him in the top five players in his position at the NFL Combine.

Whereas the repeat efforts required in rugby league weren’t suited to a bloke of his genetics, the explosiveness needed in the NFL definitely is. You don’t have to burn as much energy over long periods of time. It’s short bursts of maximum effort. That’s a great match for him.

The NFL teams he’s visited see him as an offensive tackle. It’s one of the most important positions on the field. It protects the quarterback and the running back. It says plenty about him that the foremost experts in the sport would entrust him in such an important position without having played a game.

The fact he has played a hard-tackling contact sport his whole life will hold him in good stead. Just like a forward in rugby league, an offensive tackle has to assert themselves physically. The body contact won’t be anything new to him.

When you stop and think how far he’s come in a couple of months in the US, it really is incredible.

To me, the most impressive thing about Jordan is his character.

He’s the kind of kid coaches love to have in their team. He is humble, a great listener, has a good sense of humour and loves putting in the hard work.

He’s also very big on family. I saw an interview he gave in the US recently where he talked about how grateful he was for the opportunities he was receiving in America, and how a career over there would allow him to look after those close to him. He had the same attitude at Souths.

His parents were worried about him heading over to the States. That’s understandable – he was travelling a long way from home to try a sport he had never played in perhaps the most competitive sporting market in the world. But he backed himself and has done everyone proud with the work he’s put in and the position he’s got himself into, going into the NFL draft.

I’ve spoken to him since he headed to the States. He understands that genetics alone aren’t going to get him far. He has a lot of work to do. He’s put on some size, all muscle, to adapt to his new position. If a team sees fit to give him a go, he won’t disappoint them.

The fact eight NFL franchises have shown interest in a guy who has never played their sport is, in itself, very unique. But Jordan wouldn’t be satisfied with that. He’s the kind of person who, once he puts his mind to something, will work extremely hard to achieve his goal.

He has come a long way on his own. It’s incredible to think how far he could go with fulltime NFL coaches working on him. I hope one of them give him a shot. His potential upside is massive.

Jordan is a living example that you can achieve anything in life if you really put your mind to it.

I wish him all the best.