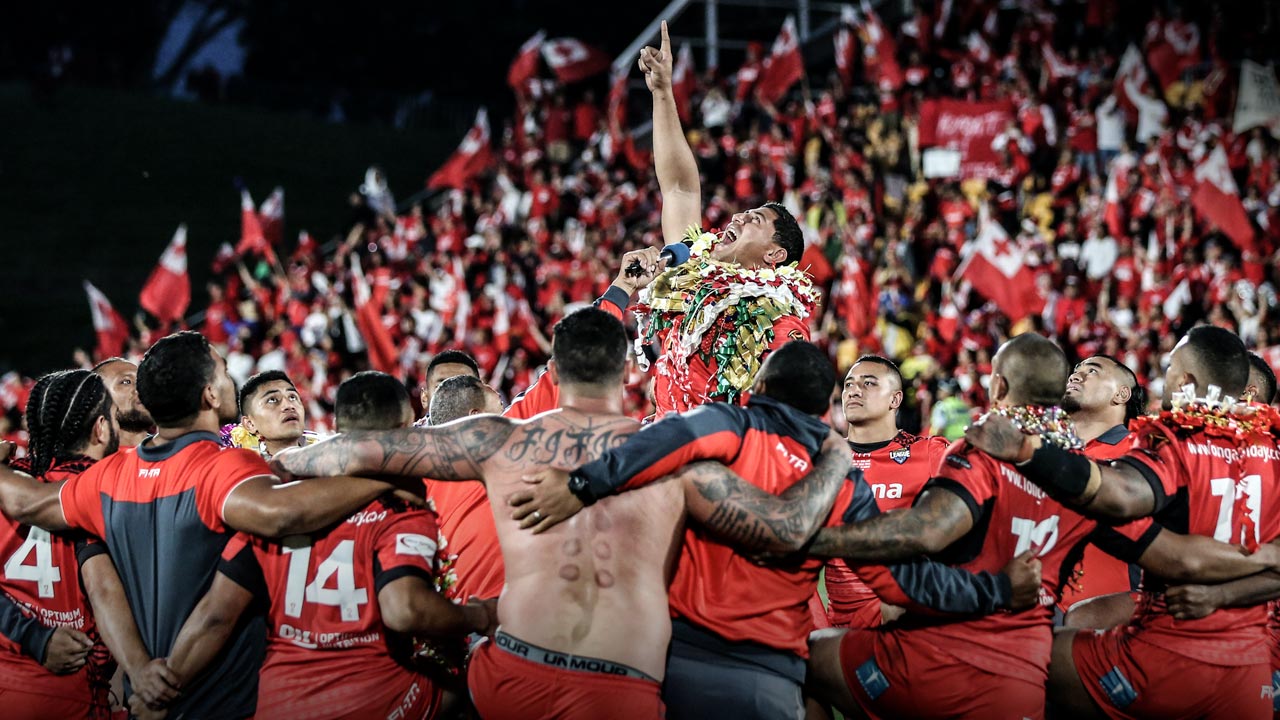 I’ll be singing both national anthems on Saturday.

When I sing Ko e fasi ‘o e tu’i o e ‘Otu, the Tongan national anthem, I think about my family, my culture, my blood. There’s a lot of emotion. My parents, Vialata and Antonio, left Tonga in search of a better life for their family. But they didn’t leave behind their heritage. That’s not something you ever lose. It’s always been with us.

When I sing Advance Australia Fair, I think about the country that has given my family so many opportunities in life. It’s a beautiful country, the country I was born in. I think about where we started – all eight of us squeezed into a three-bedroom house in Blackett, near Mount Druitt – and where we are now. In Australia, anything is possible with hard work and determination. I feel grateful every time I sing the Australian national anthem.

It’s like the two sides of my life will be coming together at Mt Smart Stadium. I’ve represented both countries in rugby league. I’m from both countries. It might sound strange to some people, but just because I’ll be wearing the Tongan jersey – proudly – in Auckland on Saturday doesn’t mean I’m feeling any sense of conflict or divided loyalties or anything like that.

I just feel blessed to be able to call myself Tongan and Australian.

I’ve been trying to treat the Test against the Kangaroos like any other game through the week.

But let’s be honest. It isn’t.

It’s been 32 years since Mate Ma’a played our first-ever Test match and this is the first time we’ll play against Australia. We wanted this match. Now that it’s here, we’re determined to prove to everyone we belong at this level, competing against the tier-one nations.

The World Cup was a good start. The win against New Zealand was an important milestone for us. But that was a year ago now. If we’re to earn respect on the world stage, it will be by winning at this level consistently.

It’s hard to compare a Kangaroos camp to a Tongan one.

I loved my time playing for Australia. A hat-trick on debut against France, the 2013 World Cup, the rivalry with the Kiwis … they’re all memories I’ll treasure forever.

But with Mate Ma’a it’s quite different. For starters, the cultural elements in camp are at least as important as the footy ones. Probably more so, if I’m honest. The coaches understand they can’t make us fitter or better in a week, so the biggest thing for Kristian Woolf and his assistants is getting the team together.

The closer we are as people, the more we’ll put our body on the line for each other, the better we’ll play on the field.

I’ve been trying to treat the Test against the Kangaroos like any other game through the week. But let’s be honest. It isn’t.

Don’t get me wrong. It’s not like we ignore the footy stuff altogether. We practise like any other team and work hard on getting our structures and combinations right. But that’s just one aspect of what we do. There’s a bigger picture.

We pray every morning and every night as a group. We do our cultural practice, our Sipi Tau, about every second night. We speak the Tongan language to each other when we’re in camp. And we sing himi, our Tongan hymns.

Oku ai ha ki’I fonua. Eiki Koe e ‘Ofa ‘A ‘Au. They’re all beautiful. We sing hymns every day. It can be hard not to cry when we’re all there together singing to God. It’s a really powerful thing.