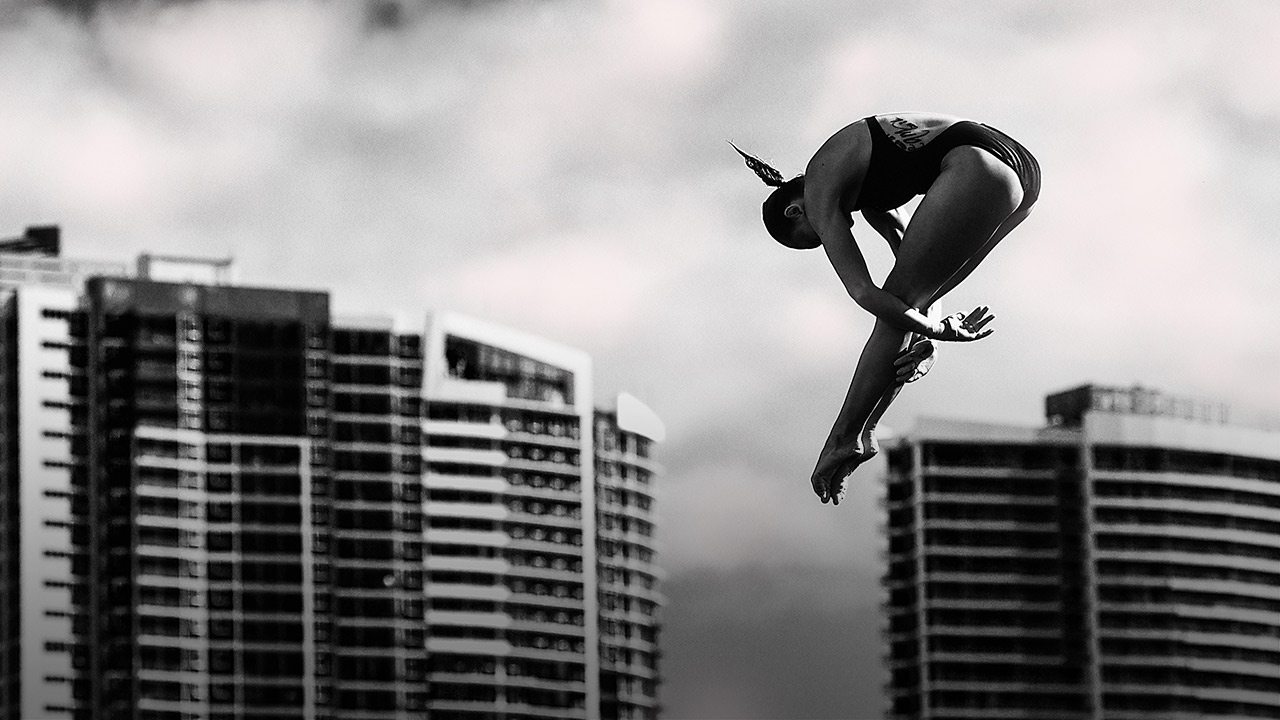 My sister lives on inside me

My sister lives on inside me

Just because you lose someone doesn’t mean they cease to exist.

You take with you everything you experienced with them.

Kirsten is always a part of me. She lives inside me in the memories I carry around.

I looked up to my little sister. She was only a year younger than me. I trusted her with everything. If I ever needed a back-up opinion on anything, I always went to her.

It was like, ‘That’s good, Kirsten has given it the OK.’ And then you could move on with whatever it was. She was such a good judge of character.

She was good at lots of things. Baking was one of them. She would make these amazing cakes for people’s parties, 21sts, different themes, anything. She made a dentistry-themed cake once because that’s what she was studying. It was amazing.

She could do anything. No just baking. Anything.

I’ve never been able to talk to someone like I could with her. I don’t know if I ever will.

It’s three years since she left us and I miss her every day.

Happy birthday little sis ?You're in my heart forever and I love you so much ❤️ It's unbearably sad without you and I would give anything to see your smile again and to give you the biggest hug #sisters #family #forever #love #missyou @kirstameliawu

We were alike in a lot of ways. She was dealing with a lot but she put on a front for everyone. She was also stubborn.

I can relate to that in some way. I don’t feel better when I share things with people. I feel like I have just burdened them. Even now, with everything my family has gone through, I feel like I should be strong for them.

We’ve experienced how bad things can get, and it’s like what I’m feeling … I don’t know. Everyone is going through things. Why is my issue special?

I have never really talked about my own issues with depression, but I will try to here. Like I said, I’m not much of a ‘sharer’ when it comes to these sorts of topics but hopefully someone out there might take a little bit of comfort from my story, or not feel quite so alone, or relate to something here.

I’ve never been able to talk to someone like I could with her. I don’t know if I ever will. It’s three years since she left us and I miss her every day.

It was a year after the Beijing Olympics, the first Games I competed in. I was 17.

I can’t explain how it all started, but I can tell you how it felt. I didn’t just feel down. I lost all self-confidence. I hated myself at a very deep level. I felt trapped and I didn’t know what to do about it.

It snowballed, got worse and worse. I felt like I didn’t have anyone to talk to, that nobody would understand. I didn’t know anyone who was going through it. I was still training and competing, but I had a terrible year of competition.

She confronted me. She was upset and I think a little bit angry.

I had this feeling that I wasn’t what an athlete should be. That’s why I couldn’t tell anybody. You’re meant to be doing everything to better yourself, not hating yourself. You look at all the athletes around you and they look strong and confident. I was feeling pretty much the opposite.

I’ve never been that kind of athlete. I stand up there and I do what I’ve learned to do, what I trained my mind to do. But none of it comes naturally to me.

I’m not up there full of confidence thinking, ‘I’m going to amaze everyone.’ I spent a lot of time with psychologists to get my mind right for competition and build back my confidence.

The whole culture of being a high-level athlete is ‘you’ve got to get on with things.’ I grew up in Brisbane diving and if you didn’t perform you got kicked out. I was used to seeing people get kicked out and that was a big fear for me. That wasn’t what I wanted.

Moving to Sydney and doing something completely different felt like a new start, with new people around me and a more supportive program.

I just figured things out for myself and gained a bit of independence. For me, that really helped. I started to get my confidence back. I still struggle with it now, compared to when I was quite young.

It’s never all come back, but it has gotten better. It’s about moving forward and finding my own way to do things.

PUSHING THE PAIN AWAY

Everybody has got their own way of dealing with things and mine has been to push them aside and just push on. I’m not saying it’s perfect or that everyone should cope like I coped. I’m just saying that’s how I did it.

It worries me a bit now. I worry that if I don’t think about Kirsten often I’ll forget about things that happened, memories. They are the things I want to hold onto.

But thinking about her hurts. There’s an emptiness that hasn’t gone away in three years. My family is quite loud and there are a lot of us. There are five kids altogether. My younger brother and sister are weightlifters and if one of us goes away to compete now there are two people less.

My Mum gets quite stressed on the big dates and it really upsets her, but I’m a bit different. For me, randomly, it just hits me every now and then.

I worry that if I don’t think about Kirsten often I’ll forget about things that happened, memories. They are the things I want to hold onto. But thinking about her hurts.

It’s a feeling in your heart. It’s almost like you don’t want to believe it. You push the pain away. And then it hits you very hard.

You have to stop for a few seconds, take a few deep breaths, keep moving, keep doing things, keep your mind occupied.

MORE SPECIAL THAN THE MEDAL

You never really knew with Kirsten. She was social and really outgoing on the outside. If I was in Brisbane visiting from Sydney it was difficult to get time with her because she was always out and about with her friends.

I still don’t know how she was feeling, all the intricate details about what was going on in her life and what contributed to her feeling the way she did. There are some things I think I can relate to, but she’s the only one who knows.

The last time that Kirsten came to Sydney was earlier in 2014.

She stayed at my place. We had a couple of girls training with us from Adelaide. We all went out and went for breakfast, went shopping. She fitted in with all my friends and had a great time.

There’s a café where we’d get pancakes, Zenja in North Strathfield. We were going to go out on the Saturday night. I had a massive wardrobe – way too many clothes! We spent the whole night trying on outfits. Then it got really late and we thought, ‘There’s no way we’re going out now.’

I was seeing a personal trainer in Bondi at the time. She came with me. She walked to Bronte while I was doing my session.  She loved it and took tons of photos.

I had her all to myself that trip. It was really good.

Kirsten came to Beijing along with Dad and my Grandpa. That was really special. My Grandpa had never really seen me dive before that. He’s from China originally so watching his Granddaughter compete in his native country was really significant.

Seeing Kirsten after my dive was more special than winning the silver medal. I felt like the medal was expected, but to see my family, to have Kirsten there …

Once we got out of the pool, after all the ceremonies and the interviews, to see them was awesome.

My phone rang after training. I was on the way to my boyfriend’s house. My Mum called me and said they couldn’t find Kirsten. She thought something was wrong.

I went to training after a month to try and distract myself.

It didn’t just affect me emotionally and mentally, but physically as well. I lost a lot of weight that I have kept off since then. My whole body shape changed. I lost muscle. My body just wouldn’t function properly. Dives that were easy before, weren’t.

It wasn’t just because I had the time off because I’ve been there before.

I wanted to keep diving to keep my mind occupied. But it was a real struggle. I didn’t know why and I still don’t know why. It took a year for my body to go back to normal.

When you’ve been diving for as long as I have, your body knows what you’re doing.

You need to be focussed and I’m pretty focussed when I dive.

Your body goes on autopilot almost.

It’s not that I didn’t know how to do things. It was when I tried my body wouldn’t respond. That took me a really long time to get it back. I can’t explain why it happened. It was just the impact everything had on me.

The Rio Olympics was good timing. I had to put everything into it. All your mental energy, everything, goes into that one goal that comes around every four years.

I took Kirsten with me. I had a photo of the two of us beside my bed and a stuffed bunny, like the ones she used to keep.

October 22 was the three-year anniversary.

My parents have moved down from Brisbane to Sydney. We spend the big days together, just to be there for each other and support where we can.

This year we tried to make it more of a celebration of Kirsten, as sad as the day is. We did things she liked. As I mentioned earlier, she loved baking so we got together and did a big bake-fest.

Mum was looking up recipes for days beforehand. We baked so much food. I think Kirsten would have loved it. She would have been proud.

The first few months after she left us, when I was still living with my family in Brisbane, I was in disbelief. That has changed now. Now it’s just emptiness.

I have cried a lot of tears telling this story. I really hope it helps someone.

What it takes to be an elite swimmer

He’s been asked about that ‘one moment’ millions of times but Steven Bradbury’s full story is fascinating.