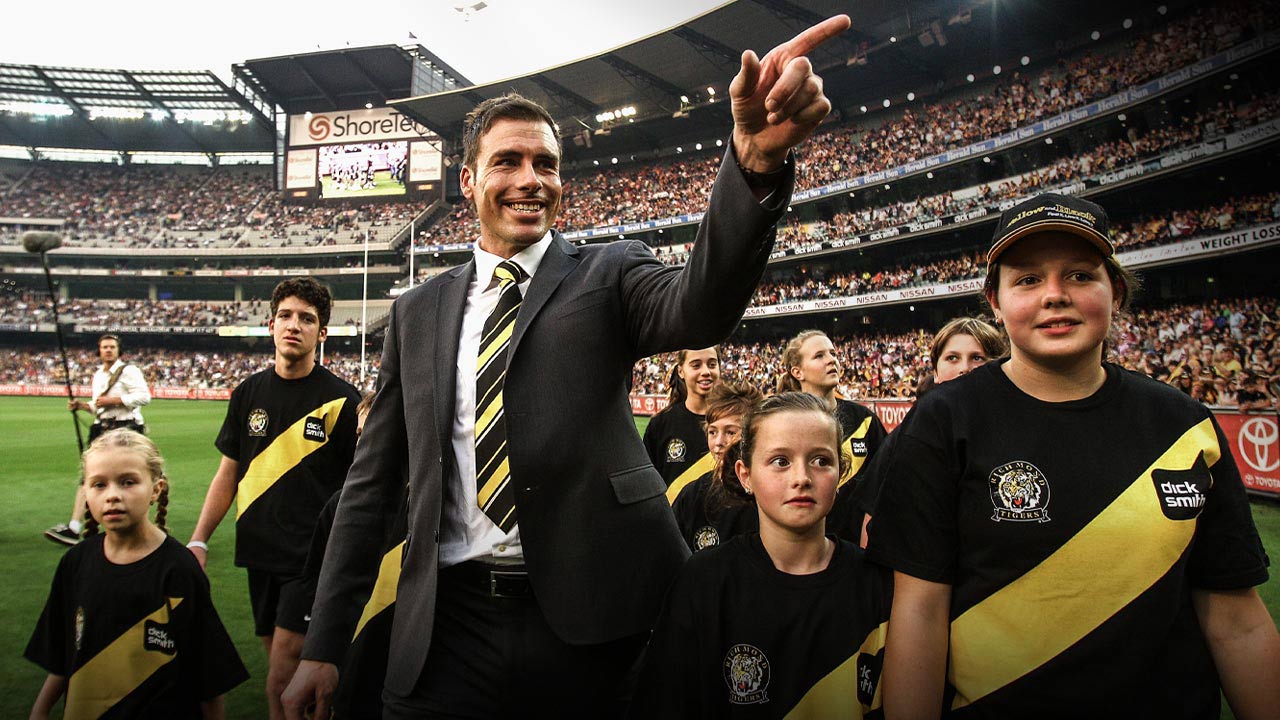 Bring Tassie in from the cold

Bring Tassie in from the cold

It was early in Danny Frawley’s coaching career, he’d just coached us against his old team, St Kilda, for the first time and we’d been beaten badly.

Danny didn’t like it too much, so he said that the next three mornings we were going to meet down at Elwood Beach at 5am, get in the water and learn how to be hard and tough.

So we all met down there for the first morning, Danny gave us a spray and told us how ordinary we’d been in that game. Then he said, ‘Right, I want you all to run into the water, do five duck-dives and stand out there for 10 minutes’. 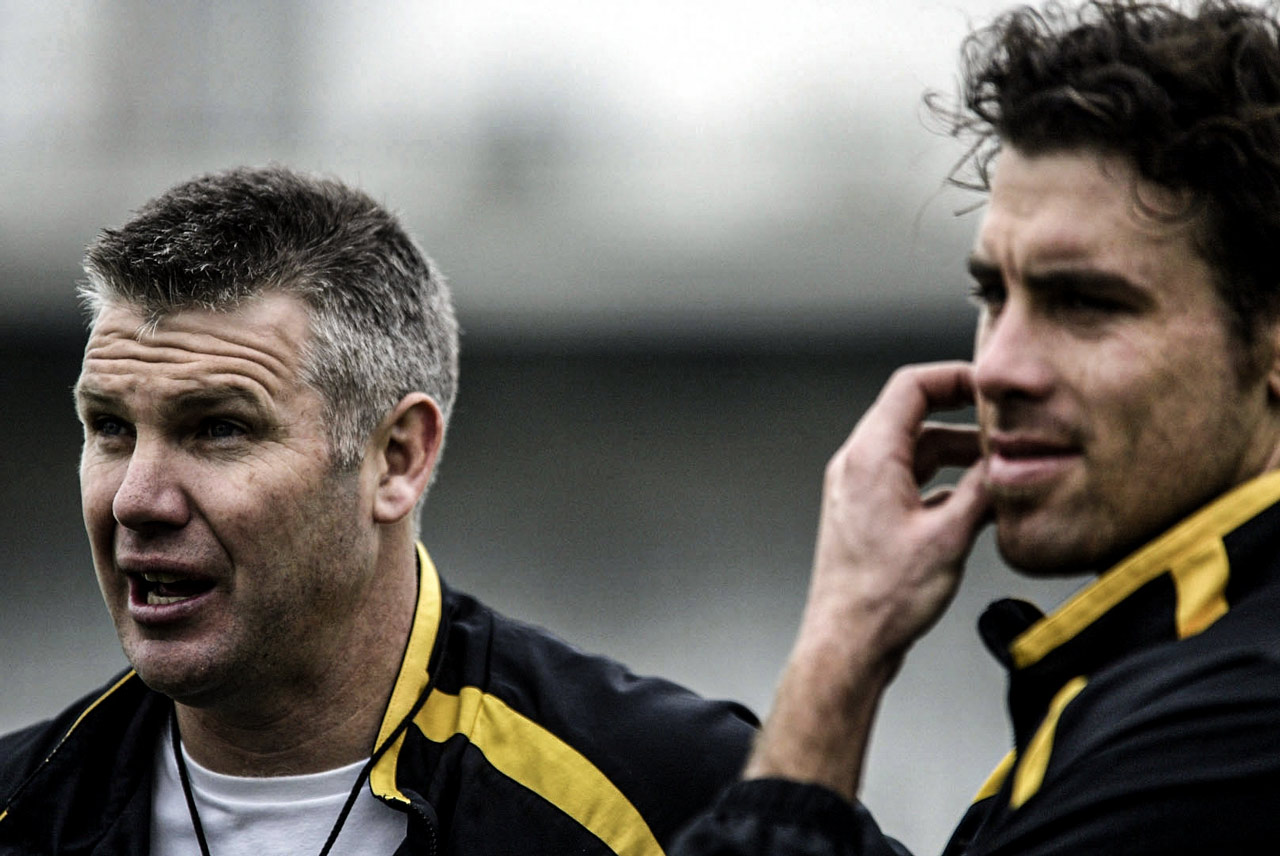 It was pitch black. The first player ran in, jumped down and came up yelling, ‘Stop! Stop!’ It turned out we were all about to jump straight into a reef.

The moral of the story is, if you’re going to get a bunch of blokes jumping in the water at 5.30am in the middle of winter, you should check there’s no rocks where they’re diving in.

I grew up on the north-west coast of Tassie, basically on Bass Strait, so jumping into the ocean wasn’t something we did regularly. In summer we used to go water skiing every now and then. That was fun. But, getting in the water at some ungodly hour in the middle of July, I don’t think anyone could honestly say they enjoyed it.

That uncomfortable feeling about jumping in cold water has stayed with me to this day. Recovery sessions which involved wading into the freezing ocean was the thing I hated having to do more than anything else in my footy career.

I guess I was lucky in that, when I started out, none of that stuff was around yet. We didn’t even do recovery. Gradually, they introduced different things to help repair your body after a game – but I could never get used to that cold water stuff. 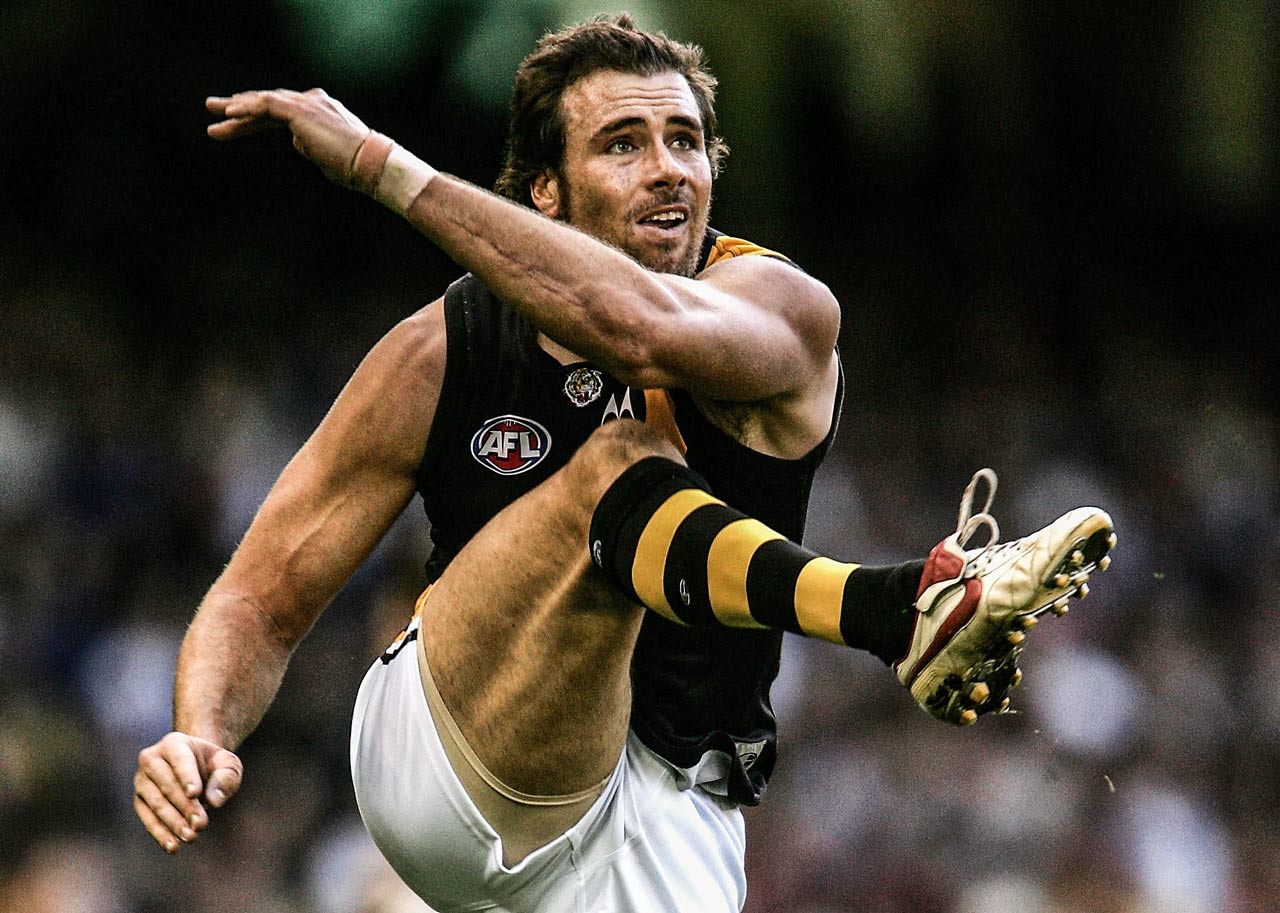 Even though it wasn’t all that long ago, in a lot of ways it was a very different era back when Danny wanted us to dive into a freezing Port Phillip Bay.

One thing that’s changed in a big way is the definition of toughness in our game. It’s reflective of a change in the way it’s perceived right across society. I think it’s a change for the better.

I remember, back in the ‘80s when I was growing up, they’d put out these highlights videos on VHS tape. You’d go down to the video store and buy them when they came out and it was all very exciting.

They were full of biffs and brawls and high hits and all that sort of thing. These were basically physical altercations between men. It was seen as just part of the game. But, really, looking back at it, that sort of thing wasn’t tough, it was thuggery.

These days, some of those late hits or whatever would be considered cowardly – the opposite of tough. Thank goodness we’ve got rid of all that.

If it really is about money, you’ve got the Tasmanian government sponsoring Hawthorn, so why couldn’t they sponsor their own team?

What’s tough now in our game? It’s about going hard at the ball, not the man. You’re never looking to take another player out with a hit, as some did in the past.

The toughest players I ever played with or against were those who were uncompromising in their attack on the football. Michael Voss springs to mind. It was almost frightening the way he’d attack the football, but it wasn’t unfair. Not back then, and it wouldn’t be considered unfair now. Vossy was fierce around the ball and never played the man.

Another who springs to mind was my former teammate Duncan Kellaway. He was a really fair player, I never saw him suspended for doing anything stupid, but he went into a contest without ever taking his eyes off the football. That, to me, is the definition of toughness, of playing the game with courage.

Hardness in footy, to me, is also about having the mental strength to run hard, to run out a game. Some players have a great ability to be able to keep running, putting their head down to get to that next contest, even when they’re physically exhausted.

It takes courage to keep digging deep, to keep running all day long, even when the body is telling you it wants to stop. I always had great respect for those players. Robert Harvey was one who had an amazing ability to keep running. Ben Cousins was an incredible aerobic runner. Ben was often physically sick when he got off the ground.

I always thought those types of players – guys who could “gut-run”, I suppose you could call it –  were considered among the toughest and most courageous in the game.

If you look at those old VHS tapes now, it’s almost shocking to think of the thuggish behaviour that was part of footy. I don’t look back at that time and think we’ve lost something by getting rid of it. It’s a sign of the times, of being more educated about things, of having a healthier perception of what real strength is.

Things I don’t have time for

Abbey Holmes' career as an athlete takes up a lot of her time. To live a balanced lifestyle she can't afford to be tired, sluggish or lethargic.